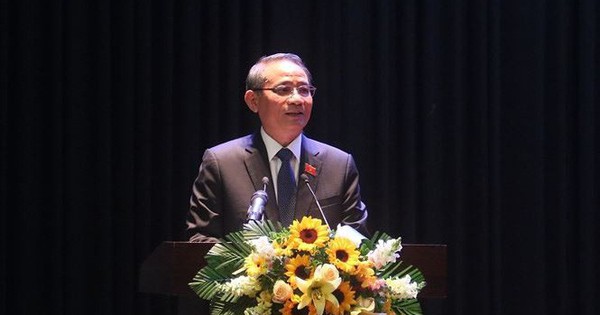 On the morning of November 27, at the Trung Vuong Theater (Danang City), the Danang National Assembly delegation held a meeting with voters to report the results of the sixth session of the 14th National Assembly.

At the meeting, when answering the question of voters Mai Tien Sy on the case related to Phan Van Vu (Vu "aluminum"), Truong Quang Nghia – Secretary of the Party Committee, Head of delegation of the delegation of the National Assembly. Da Nang City said: Vu "aluminum" minimum will have to go to court 3 times for 3 different cases. The first case on charges of disclosure of national secrets (judgment). The second case is "Abuse of Trust in Ownership" (currently under trial). The third case is "Abuse of Position Authority" directly related to Da Nang, will be tried in the future. 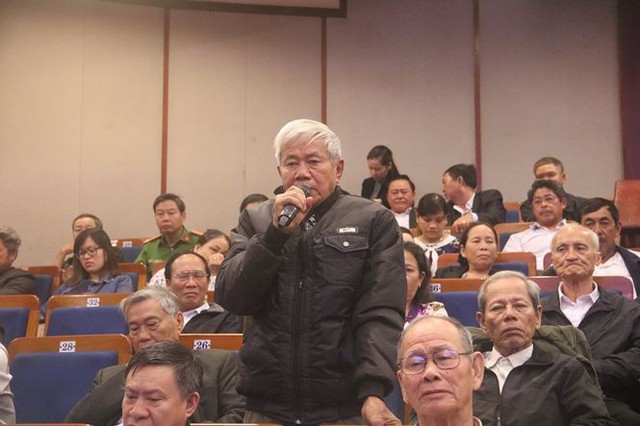 Speaking specifically about the second case on trial in Ho Chi Minh City (the case caused damage to DongA Bank worth more than 3,600 billion VND), Da Nang's secretary said: "In this case, the charges of Vu" aluminum "very heavy".

On the "Vu" case involving land violations in Da Nang and in Ho Chi Minh City, Nghia said: "The people accused by the voters already know, stop there or not? I think, with the current determination of the Party, the state , implicating the case as the case of "aluminum" Vu will hold the place.As for the localities, related to the police, here, not far, voters will clearly see the next steps of the investigation.

Mr. Nghia information, there are people disciplined in the process of handling the party. But there will also be people involved in the investigation of the case.

"Voters are right, the Vu" aluminum case "is in the process of resolving the great determination of the Party and the state," Nghia said.

Mr. Xie Cheng Cang is being disciplined from the party cell

"What is the case with Mr. Tat Thanh Cang, people from all over the country look forward to dealing with this?" Asked a voter.

Responding to voters, Truong Quang Nghia said: "According to the Central Inspection Committee, Cang has" very serious "violations. You know how much discipline you have.

At the same time, Mr. Nghia said that according to the lawsuit, Mr. Tat Thanh Cang is currently attending disciplinary meetings of the Party level or above.

"In the shortest time, you will know the extent of the offense and the discipline of Mr. Tat Thanh Cang. About whom, what is the history of the agencies doing," Nghia told the city's voters.