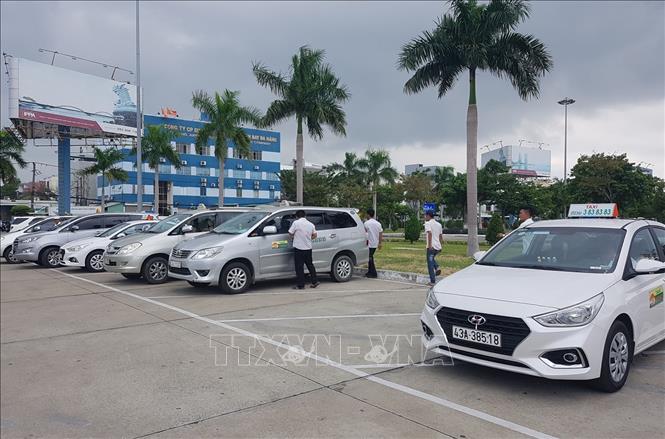 Some taxis are parked at the airport, but they do not run. The cab company of the taxi company is still active, but no driver is running into the airport lounge to pick up the passengers. Many passengers have to take the luggage to the taxi, where they park to ask the car, but the driver does not run. About 11 o'clock on the same day the driver left the parking lot and decided not to accept the guests.

Drivers say they are striking for the urgency of the Grab situation, and the "underground" running of the car in the airport makes it easier for them to work. Taxi drivers depend on the company's airport operation; Taxis must pay a parking fee in the yard and only have to pick up their seats. Meanwhile, Grab, parachute parade operation "uncontrolled" guests catch the ball, hiding in the car's home to relish relatives to work. Especially there are cases where these vehicles are devaluing the taxi.

The Da Nang Taxi Association says it's spontaneous driving. The taxi drivers replied that Grab, the operation of the car had affected their interests, the Da Nang taxi company asked the companies to send executives to the solution; Meanwhile, the taxi drivers are back to work.

After the event, the leaders of the Danang Ministry of Transport directly to the scene; At the same time to direct the city's Traffic Inspectorate to strictly handle the vehicles, defective vehicles and pick up passenger violation rules. At 14 o'clock on the same day some taxi drivers came back to pick up the passengers.

Currently, the Da Nang Municipal Transport Inspectorate coordinates the situation with a number of inspection functions to stabilize the situation.