CX5 driver back down the car rail, fly to the Red River embankment Society 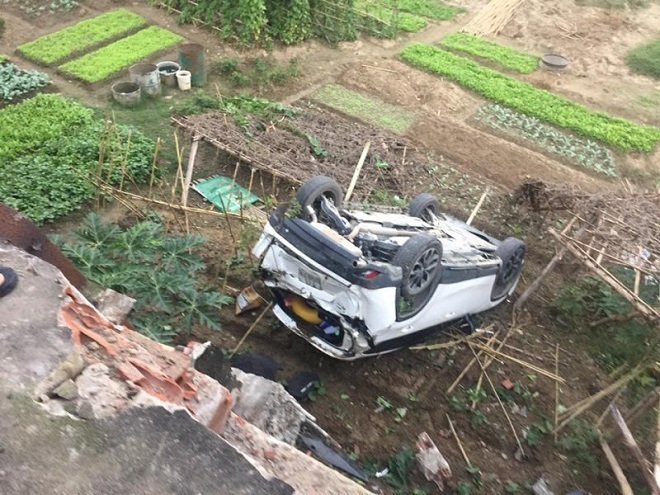 Thus, the incident occurred around 16:14 November in Lao Cai. At that time, a woman driving a white CX5 car carrying Bam 24A – 098.78, was back in front of Karaoke SM on An Duong Vuong street, the Coc Leu wing (Lao Cai city) had lost control. .

The car drew back very fast, throwing the Red River banana dump upside down on the vegetable field below. According to some witnesses, the victim's car crashed at a distance of about 5 meters, causing serious damage. In the scene, the CX5 was dropped in the vegetable field.

Many people discovered the incident quickly rescued the driver of the car. Fortunately the victim was only slightly injured but panicked.

According to Plus Life / GĐVN