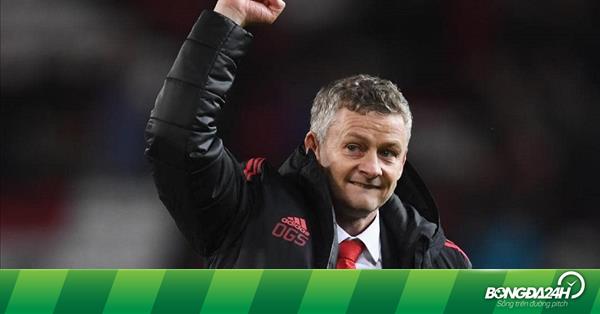 In the middle of this week, the M.U will have a game against PSG in the field of the house within the first round of the 1/8 Champions League. The Reds are in great shape, they are unbeaten in 11 games under Ole Gunnar Solskjaer, including 10 wins. Last weekend, Red Man beat Fulham 3-0 to qualify for the Premier League Top 4.

Impressive recent results bring great enthusiasm to M.U. With the advantage of being in Old Traford, the Reds try to win, taking advantage of the match back. PSG does not have the best squad.

Neymar was injured and definitely missed two games against M.U, Cavani was also hospitalized, the possibility of the player playing in the first leg is still open. Solskjaer coach said about the game against MU PSG, the Norwegian teacher highly appreciated coach Thomas Tuchel and the French team.

"Coach Tuchel is very good at tactics. It can play with diagrams 3-4-3, 4-4-2 or 4-3-3. We have to prepare for any situation, playing PSG with any diagram, we will have to deal with this diagram. If we can do that, I think we can win.

"PSG has a quality team, especially in public goods. Cavani has the ability to take advantage of great opportunities, Mbappe has great speed and penetration ability. Neymar is always appreciated for his ability to pass and create mutations. "

"Although Neymar was absent, Cavani gave up the possibility of leaving, but we could not ignore him. M.U artisans still need to focus on playing against offensive PSG players. We also need to take the opportunity to score goals. "

"We also have public assets with good players. M.U has Rashford, Martial and Lukaku, we have Sanchez and Lingard as well. They are all in good shape and ready to break the PSG network. "