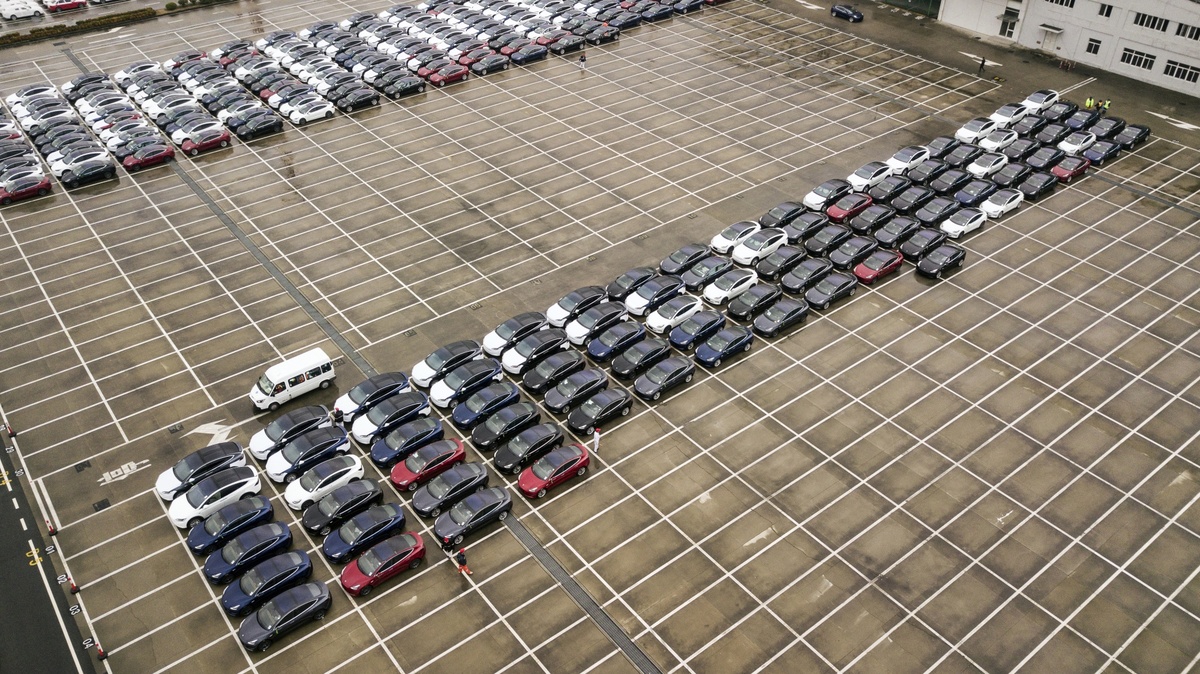 The market has grown slowly, the government has reduced subsidies and increased competition is expected to cause a number of Chinese electric cars to fail.

Currently, China has 486 electric vehicle manufacturers registered to operate, three times more than two years ago. While electric vehicle sales are expected to hit a record 1.6 million units this year, it may not be enough to keep those plants running, prompting warnings of bubbles about to explode.

According to BloombergNEF, in recent years, dozens of startups have joined the global electric vehicle industry, mobilizing $ 18 billion since 2011. Most of the most mobilized companies are from China, such as NIO, WM Motor. , Xpeng Motors or Youxia Motors. These startups promise a total of 3.9 million cars a year.

China is a big market, but not so big. Last year, sales of electric cars here only surpassed the 1 million mark for the first time, according to BNEF. This is due to generous government subsidies, which helps to significantly reduce prices. According to the China Automobile Manufacturers Association, the number of electric cars sold represented only 4% of total car sales (23.7 million units).

In addition, sales of traditional cars are also plummeting. That data in March fell for the 10th consecutive month as the Chinese economy slowed and trade tension with the US pressured consumer confidence.

"With a relatively low vehicle penetration rate in China, this market still has a lot of room for new, fuel-efficient cars. However, it is only for competitive players, and those with the weak ones will be turned off," said Cui Dongshu – Secretary General of the Association of Passenger Cars of China.

The Chinese government encourages the development of electric vehicles to reduce environmental pollution, import oil and develop high-tech manufacturing industries in the country. By 2025, China's leaders want new sales of fuel vehicles to reach 7 million units, equivalent to 20% of the Chinese car market.

Even so, even that number is not enough to sustain the operation for a few dozen, not to mention a few hundred companies. A factory needs to produce tens of thousands of units per year if it wants to make a profit.

Another challenge for the electric car company is China's Ministry of Finance last month announced a reduction in support to the industry, to encourage companies to rely on creativity rather than subsidies.. "With the adjustment of the subsidies, some low-tech startups will disappear," said Zhou Lei of Deloitte Tohmatsu Consulting.

The landing of global giants, from Tesla, from Volkswagen to Ford, will hamper Chinese companies. Tesla this year began selling model 3 electric cars in China and plans to produce cars at its Shanghai factory. Last year, the company sold a total of 14,467 units in that market.

Older Chinese automakers, such as BYD, can overcome the competitive challenge and reduce subsidies, thanks to longstanding existence, many product lines and a stable customer base. The company was invested by Berkshire Hathaway, which has been profitable since 2000.

The companies at greatest risk are startups who are still struggling to find a place. Many of these companies are established or funded by people in the technology industry or the Internet. They were accustomed to burning money, but were not sure about the huge amount of capital needed to go into production.

Foxconn Technology Group, Alibaba Group Holding and China Evergrande Group are spending a lot of money on electric cars and have great ambitions around the world. "The amount of capital flowing into actual production is often greater than that spent on R & D and marketing. That is why some companies need to postpone mass production plans," said Thomas Fang of Roland Berger. said.

Startups need to raise enough capital next year, or face the risk of being evicted, said Li Xiang, founder and CEO of electric car company Chehejia. Li is one of the first people in China to own the Tesla Model S. "A large number of companies will be eliminated from the game next year, and 90% of investors will suffer heavy losses," he predicted. .

Ha Thu (according to Bloomberg)