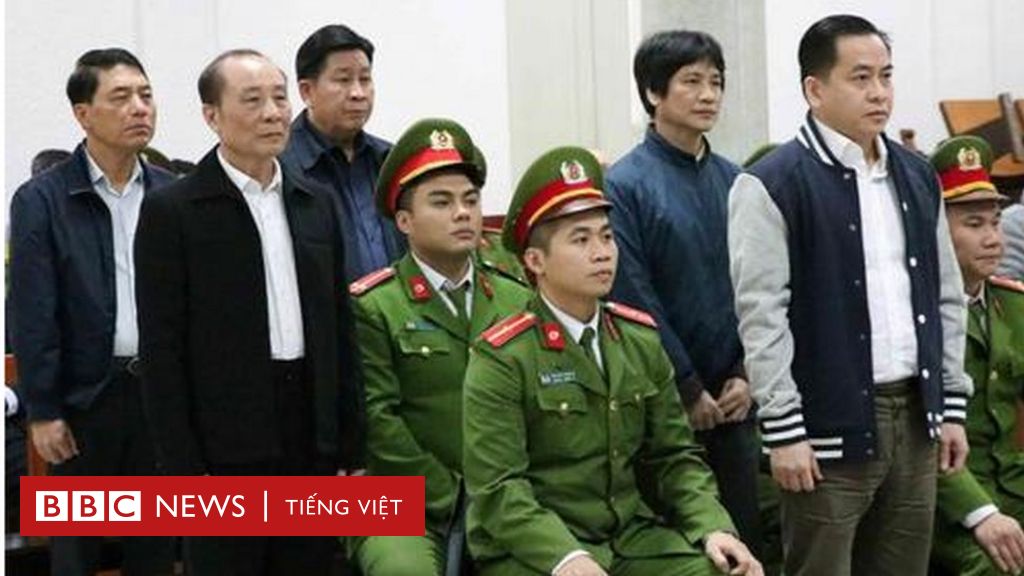 The two former deputy police officers in Vietnam did not report the sale of "professional property" to Mr. Vu "aluminum."

Former Vice Minister Bui Van Thanh, 60, and Tran Viet Tan, 65, have been charged with two counts of "abusing positions of authority in service" and "lack of responsibility that have serious consequences ".

The trial is scheduled for the period from January 28 to January 30.

This is part of an investigation to expand the case "abusing positions and powers while in service" by Phan Van Anh Vu, otherwise known as Vu & # 39; aluminum & # 39; and co-committed.

The defendants were asked about their role in signing documents, requesting the Ho Chi Minh City People's Committee and Da Nang two Vu front companies to receive the right to use 7 land lots with a total area of ​​6,700 m2. houses and 26,800m2 of land in prime locations, with a value above VND 2,500 billion without auction.

In December 2018, former Vietnamese security lieutenant-colonel Phan Van Anh Vu was sentenced to 17 more years in prison on charges of "abuse of position and power of misappropriation of property," in addition to an earlier nine-year sentence of imprisonment. .

In the interrogation that took place on the morning of January 28, Mr. Phan Van Anh Vu said that he rented and transferred lots of "gold plots" at Da Nang in Ho Chi Minh City to "develop the economic potential of intelligence" .

Meanwhile, the two former deputy directors of the Bureau of Public Security and Tan Khai said they did not know of the transfer of Vu, using the purpose of the land until the case was tried.

In July, the Central Committee of Inspection of the Communist Party issued a notification of the violation of Mr. Bui Van Thanh, Deputy Minister of Public Security, directly in charge of the General Department of Logistics – Technology, which caused many violations. including signing documents from the Ministry of Public Security, proposing the sale, specifying a number of security houses and ground installations that do not conform to the provisions of the law.

Mr. Tran Viet Tan is considered irresponsible, signing a series of documents that violate the regulations on the protection of state secrets, causing very serious consequences.

The Communist Party Politburo on July 28, 2018 decided to leave the Party with Bui Van Thanh and dismissed the member of the Central Police Party Committee for the 2011-2016 term for Mr. Tran Viet Tan.

The trial of trial cases in recent years is considered an effort to clean up the government apparatus of Secretary General and State President Nguyen Phu Trong.

Trong, at the end of last year, said: "The central government never discourages" in its efforts to fight corruption.

During a meeting of voters in Hanoi on November 24, 2018, he said: "I said that the one who is detached will stand aside, …. The central government will never stop, people's hearts are rising as then, even internationally must admit and appreciate. "

Are you reforming the police by changing the thinking of reform?

Drivers are harassed by police for decal stickers