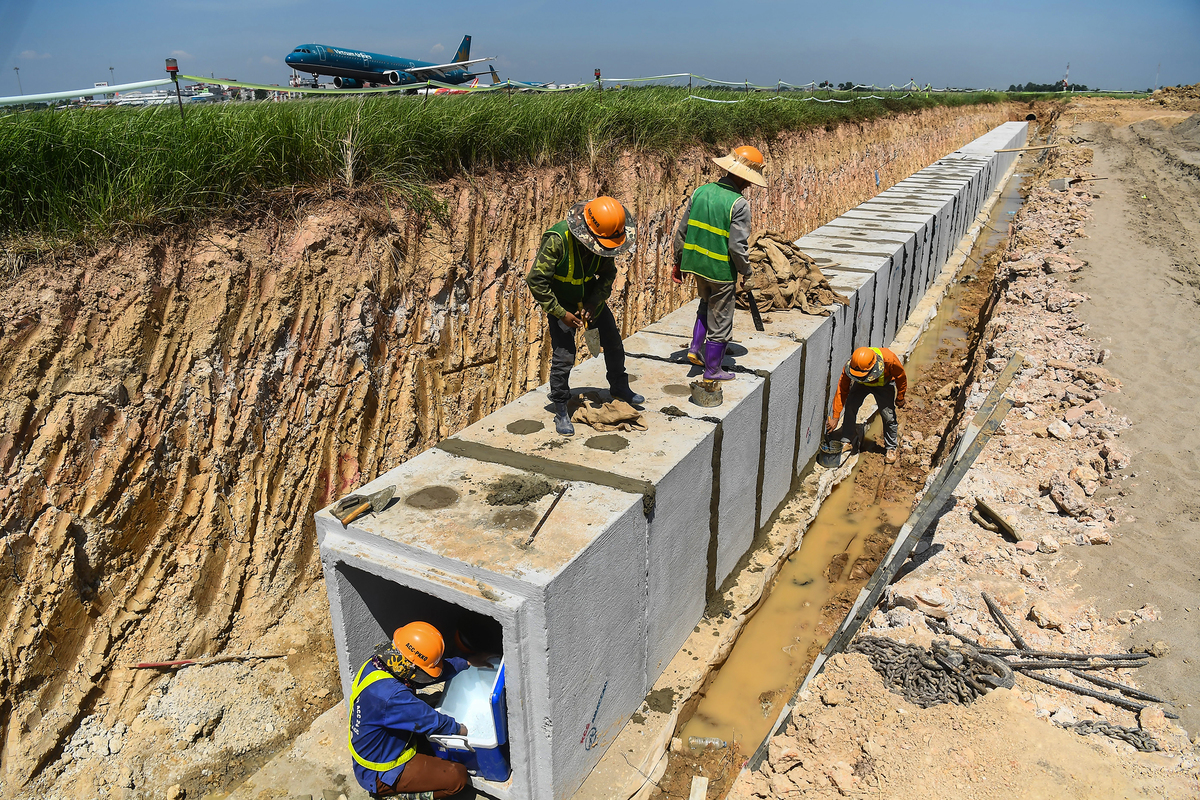 The transport sector started 6 major projects in the last 9 months and continues to start 4 projects at the end of the year.

My Thuan Bridge 2 The crossing of the Tien River began in late February, as part of a component project on the North-South Expressway in the East. This is a project with a total investment of more than 5,000 billion VND, implemented in the two provinces of Tien Giang and Vinh Long, with completion scheduled for 2023.

When put into operation, the My Thuan 2 bridge over the Tien River will connect two Trung Luong – My Thuan and My Thuan – Can Tho highways to complete the expressway from Ho Chi Minh City to Can Tho.

The My Thuan 2 bridge will also create a complete traffic network, connecting the main roads that have been invested and built in the area, reducing the load for the existing My Thuan bridge and National Highway 1A.

Two projects to modernize the runways at Noi Bai and Tan Son Nhat airports was started on 29 June. A month ago, the Prime Minister approved in writing the implementation of these projects in the form of a contract assignment (not through contractor selection) due to the urgency.

The construction period for these two projects is from 2020 to 2021.

The previous major transport projects, when approved, until the start time usually take about 7 to 8 months, even preparing for the annual investment. However, the above projects have only been prepared for 3 months since the National Assembly decided to convert the investment form.

In particular, the Phan Thiet – Dau Giay project is 99 km long, passing through the provinces of Binh Thuan and Dong Nai. Expressway design speed of 120 km / h, first stage with 4 lanes, complete stage with 6 lanes, bed width 32.5 m. The total investment of the project is about 12.577 billion VND.

Mai Son Expressway Project – Highway 45 is 63 km long, passing through the provinces of Ninh Binh and Thanh Hoa. Completion phase of 6 tracks, 32.25 m bed, projected speed 120 km / h; in the first phase, the construction of 4 lanes with a road foundation is 17 m, the design speed is 80 km / h. The project has a total investment of 12,111 billion VND.

According to Mr. Nguyen Duy Lam, Director of the Department of Construction Management and Quality of Traffic Works (Ministry of Transport), in the last 2 months of the year, the industry will started 4 more big projects From others. This project is the My Thuan – Can Tho phase 1 expressway worth 4.826 billion; Ho Chi Minh road project, east section of Buon Ma Thuot city, total investment 1.512 billion; the channel project connecting Day – Ninh Co with a total investment of 1.837 billion VND; traffic connection improvement project in the Planalto Central region, with a total capital of 3.654 billion VND.

In addition to the 10 projects above, this year, the Ministry of Transport also initiated urgent transport projects with a capital of 15,000 billion VND for medium-term public investment in the period 2016-2020. These projects include: Improvement of national highway 57, ferry section from Dinh Khao to the city of Mo Cay (Ben Tre and Vinh Long provinces); to renew and improve weak bridges on the Hanoi – Ho Chi Minh rail route; to reinforce weak tunnels in combination with the opening of new stations on the Vinh – Nha Trang section of the Hanoi-City railway. HCM City.