The US is considering imposing sanctions on Venezuelan oil imports, according to S & P Global Platts. 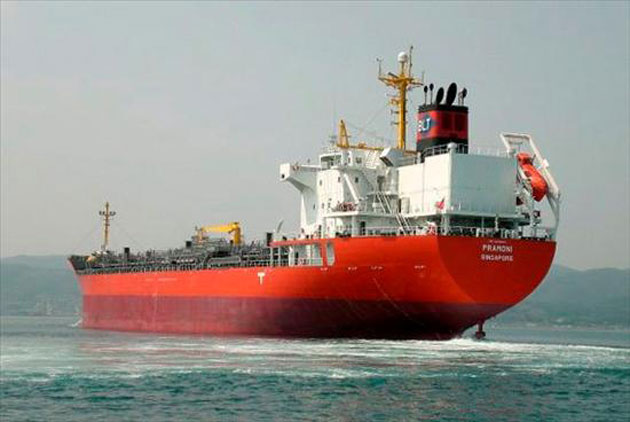 He imposed several sanctions and blockades on Venezuela, such as the prohibition of negotiations on new debts and capital issued by the Venezuelan government and state oil company Petróleos de Venezuela SA (PDVSA), the country's gold sector and several government officials, including President, Nicolás Maduro; However, so far the issue of oil exports has not been addressed.

According to Joe McMonigle, an analyst at Hedgeye Risk Management, quoted by the portal specialized in energy and commodities markets, there is currently more pressure in the White House by officials like Secretary of State Mike Pompeo or the National Security, John Bolton.

"The hawks are in charge now and want to be tough on Venezuela […] If they will do something, they will look for the hardest thing right away, "says the expert, referring to more than half a million barrels imported per day from the USA.

According to data obtained by S & P Global Platts, US Venezuelan oil imports remain high. In October 2018, an average of 505,870 barrels per day (b / d) was acquired and in September approximately 629,480 barrels; a number almost similar to what was bought in the previous months. The main oil refineries of the South American country in the US are Citgo, Chevron, PBF Energy and Valero.

On the other hand, an anonymous analyst told S & P Global Platts that resistance to sanctioning the South American country is presumably because the US government does not want to be held accountable if it "worsens the humanitarian crisis" in Venezuela and, because of its not weaken. to Maduro's Administration.

Therefore, it is likely that there will be more sanctions against oil service companies in Venezuela and other people linked to the Venezuelan energy sector before targeting oil exports.

In February last year, President Maduro said that an oil embargo against Venezuela would be an "illegal" and "inconvenient for the US" measure.

At the time, he said that, in addition, it would be one of the "biggest mistakes in Donald Trump's international policy." He mentioned that if the embargo were implemented, Venezuela would "take extra measures" and "respond", locating its oil in other markets.

According to the US Energy Information Administration. (EIA), Venezuela produced 1.25 million b / d last December, down from 1.28 million in November.

"The EIA expects Venezuela's output to continue to fall during the forecast period, albeit at a slower overall rate of decline, while the state's PDVSA financial situation remains extremely precarious," said Erik Kreil, the leader of the international team. of energy analysis with EIA.