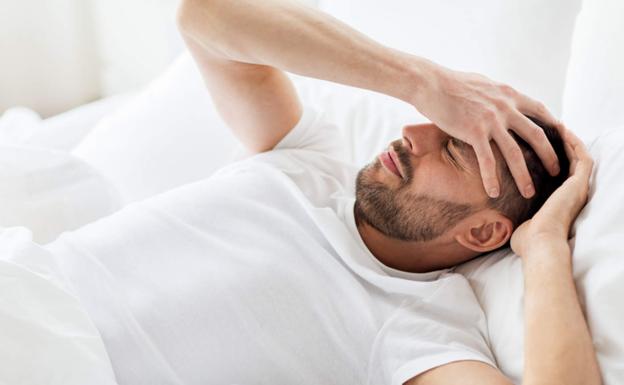 Researchers at the University of New York School of Medicine have reviewed more than 8,000 websites to identify the 20 most common sleep hypotheses. With a team of experts in sleep medicine, they rated them according to the possibility of being classified as myths or real, and the damage that this could cause.

For example, the myths that five or fewer hours of sleep are enough, that snoring is harmless, and that drinking helps you fall asleep are some of those that "could pose a significant threat to health," warn those responsible for Sleep Health & # 39; article.

"Sleep is a vital part of life that affects our productivity, mood, general health and well-being. Dissipating myths about sleep promotes healthier habits that in turn promote better overall health," explains lead researcher of the study, Rebecca Robbins, a postdoctoral researcher at the Department of Population Health at New York University at Langone Health.

Specifically, they conclude that the myth that sleeping five hours or less is more than enough represents the most serious risk due to long-term sleep deficits. To avoid the effects of this falsehood and others identified in this study, such as the value of taking naps when you usually have trouble sleeping at night, Robbins and his colleagues suggest creating a consistent sleep schedule and spending more time at least seven hours sleeping .

Another common myth is related to snoring. And while Robbins says that snoring may be harmless, it may also be a sign of sleep apnea, a potentially serious sleep disorder in which breathing is stopped in the course of the night. The authors encourage patients not to exclude loud snoring, but to seek a doctor, as this can lead to cardiac arrest or other diseases.

Those responsible for the study also found sufficient evidence in published research that, despite conflicting beliefs, drinking alcohol before bedtime is not healthy for sleep. According to experts, it reduces the body's ability to achieve deep sleep, which people need to function properly.

"Sleep is important to health and more effort is needed to inform the public about this important public health problem.For example, when discussing sleep habits with their patients, doctors can help prevent sleep myths increase the risk of heart disease, obesity and diabetes, "said another researcher, Girardin Jean Louis.

Scientists recognize that some myths still cause disagreement among sleep specialists. For example, although sleeping on weekends disrupts the natural circadian rhythm, for people exercising certain professions, such as shift workers, it may be better to sleep late than to have fewer hours of sleep in general.