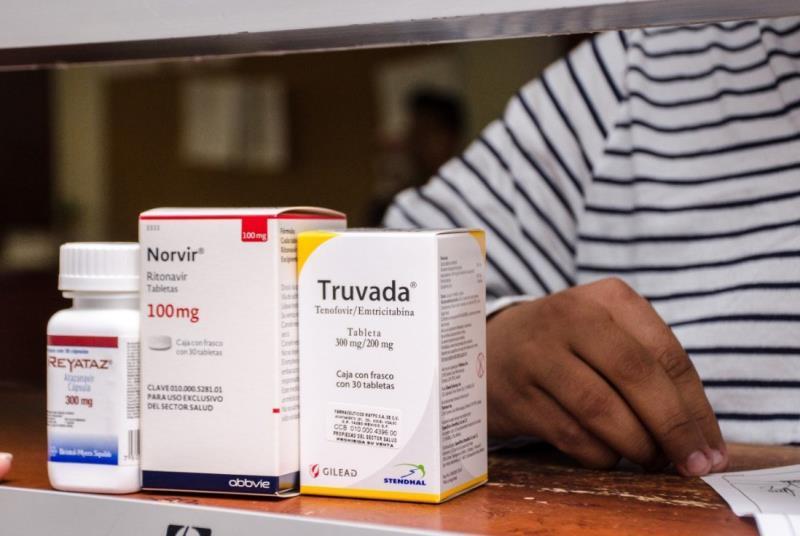 More than 97,000 patients receiving antiretrovirals as HIV treatment in Mexico are guaranteed delivery of their drugs, according to the National Center for HIV Prevention and Control (CENSIDA).

The agency also said there is enough supply to care for those diagnosed with the disease, while noting that the process of buying those drugs by 2019 "has not affected the endowment or compromised the health of the people they receive."

He pointed out that while the purchasing process is still open, processes for the redistribution of medicines, designation of treatment plans and information for prescription, modification and delivery are carried out.

Likewise, he said, there are mechanisms to maintain the supply of antiretrovirals throughout the country, whether through direct procurement, open international public bidding or through the support of other public health institutions.

CENSIDA reiterated that the drugs purchased by tender are covered until the beginning of June 2019.

While in the case of patented drugs, there is enough supply to meet the demand until the beginning of May 2019.

According to him, this month, the first delivery of antiretrovirals, purchased by direct awards, is expected to be started so that the treatment of HIV-infected patients seen at the Ministry of Health is avoided.

Likewise, it was announced that, on March 31, 2018-2019 contracts for the purchase of antiretroviral drugs purchased through the Catastrophic Expenditure Fund Fund were concluded.