Marcel defends low rates: "It is an unusual action in unusual circumstances" 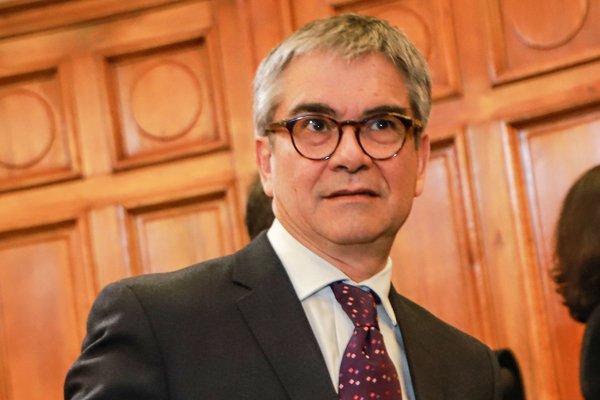 In the most awaited Monetary Policy Report of the last decade, the Central Bank president said that the "recalibration" of monetary policy weighed the impact of the migratory flow on GDP and the lower CPI, but also the weakness of the activity.

Several doubts left on the market the surprise decision of the Central Bank of Monetary Policy (MPR) in 50 points last Friday, while in turn anticipated the cut to the estimate of growth for this year and increased its projection of expansion tendencies and potentialities of Gross Domestic Product (GDP).

Two days later and before the Senate Finance Committee, Central Bank President Mario Marcel made a strong defense of the role of the issuing institute in the midst of a change of scenery.

"Once all the pieces of this puzzle have been assembled, the board has preferred to take action before postponing a decision. It is an unusual action in the face of unusual circumstances," he said.

Thus, before the senators questioned whether it was a "mistake" to raise the interest rate in late 2018 and early 2019, the authority emphasized that at that time there was information different from the current one, since prices began to converge at that time in 3% and it was anticipated that the economy would approach its potential.

"The rate increase had an impact on today's activity? I think little or nothing," Marcel told a news conference.

The president of the issuing institute said the scenario changed "very quickly" from the end of last year, which supported the bank's "additional" research that showed a positive impact of migration on long-term growth, which meant increasing the projections and increase the gap with the actual activity. As in the March Monetary Policy Report, Marcel alluded to the impact of the new CPI basket implemented by INE from January onwards, ensuring that convergence to 3% was expected to be postponed "for about a year." year "after the update showed an increase in local prices" significantly below previous figures ".

"The key to this decision was that our assessment of monetary policy should be recalibrated because the momentum being delivered was not sufficient to ensure the timely convergence of inflation to the 3% target in light of the numbers delivered by the new CPI and the new estimates for the activity gap and the neutral TPM, "assured the head of the Council before Congress.

The authority argued that since the March report they proposed that a cut in interest rates would materialize only if certain conditions were met, such as a "significant" expansion of capacity differences (the difference between potential and real GDP); that there is less dynamism in the economy; which "worsen" external conditions; or that the neutral rate was "minor."

"At the meeting on Friday, we found that all these conditions were met," argued Marcel.

What weighed the most?

Although the chairman of the Board has ensured that a relevant part of the interest rate adjustment – which he called "recalibration" – was due to updating the parameters mentioned above, he did not ignore the current economic situation.

"However, we must make it clear that this does not mean ignoring the recent performance of the economy. On the contrary, the actual growth rate in recent months is weaker compared to a stronger trend growth," the official said.

Then, at a press conference, Marcel explained that about 50% of the rate adjustment is due to the update of the long-term parameters (GDP and TPM) and the other part is explained by the current lower performance of the economy and the worsening scenario International.

Marcel acknowledged that part of the market was "surprised" by the magnitude of the tariff readjustment and by the unusual fact that the major adjustments in the macro scenario were advanced three days before the Monetary Policy Report.

"We do not try to surprise by surprise and certainly did not hide anything in our communication of the last months," said the economist.

The president of the bank said that as a board, they saw "few advantages and much more costs" in postponing the decision to cut the fee and the publication of the new scenario: "I would like to make it clear that this does not set a precedent for opportunities future in which RPM and IPoM coincide. " Central Bank President Mario Marcel did not deflect the current debate over the government's economic reforms – labor and tax – amid critics of the private sector for the delay in approving some projects.
Before the press, he said that although the bank's role is not to issue a statement on political issues, he considered that the higher the level of consensus among political actors, the greater the level of certainty.
"It is clear that lower levels of uncertainty always help and we point out at other times that it is important that some issues that are pending definition in the area of ​​public policy are clarified so that those who are evaluating investment decisions can take them with greater security, "he said.
Regarding the fiscal scenario, Marcel affirmed that the Monetary Policy Report assumes a "coherent" impulse with the Budget approved for this year and a reduction of the structural deficit from now on.