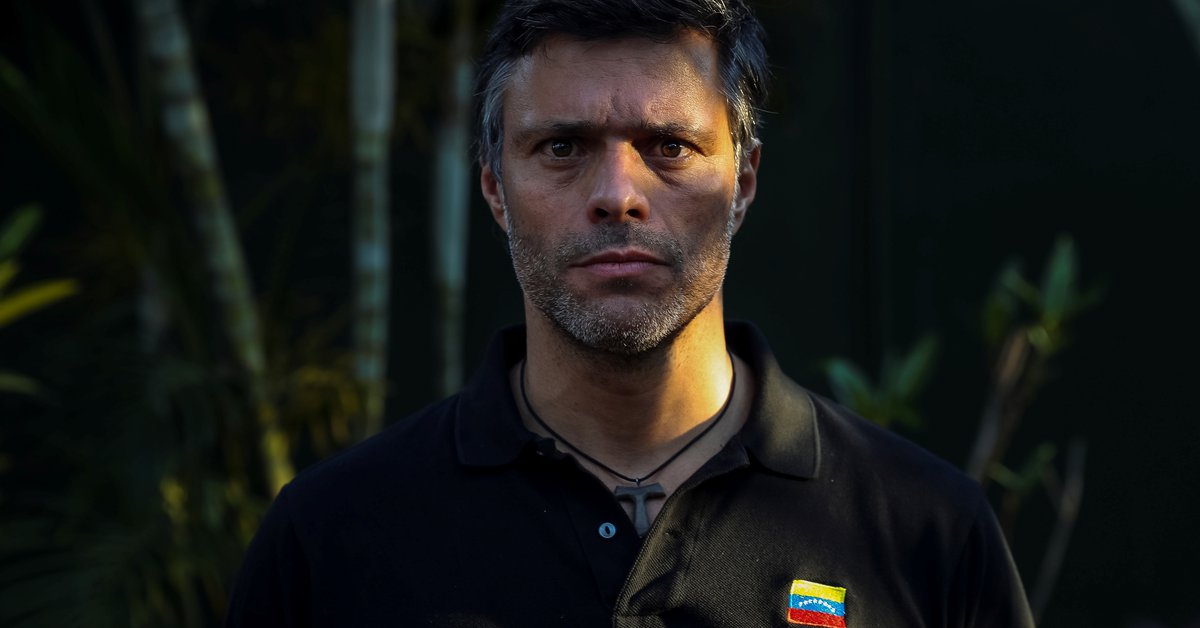 The leader of the Venezuelan opposition Leopoldo López left the residence of the Spanish ambassador in Caracas, where he stayed as a guest since April 30, 2019, after the failed military uprising, confirmed this Saturday for Infobae sources close to the opposition politician. His father, Leopolo López Gil, from Madrid, confirmed that his son left the residence last night “willingly”, left Venezuela by a “clandestine route” to Colombia and “very soon” will be in Spain.

So far, the current whereabouts of the leader of the Popular Will Party (VP), in which the parliamentarian has also spent his entire career, is unknown. Juan Guaidó, until he left the party last January with the aim of representing all opponents and not just an organization. Although it was confirmed that López left the ambassador’s residence, Guaidó, whom many consider his disciple, he participated in an event in the central state of Miranda, which still continues at the end of this note, without, for now, he stated about it.

López’s departure coincides with the change of the Spanish ambassador to Caracas. A week ago, the Pedro Sánchez government confirmed the displacement of Jesús Silva, a great defender of human rights in Venezuela and protector of opponents of the regime, appointed in 2017 by Mariano Rajoy. Instead, it would arrive in the next few days, Juan Fernández Trigo, former ambassador to Cuba, close to EU High Representative for Foreign Policy and Security Josep Borrell, more inclined to negotiate with Maduro. The Spanish government insisted that López’s situation would not change in any way.

From the Embassy, ​​López had certain restrictions to express himself, so his departure from the country may have to do with his desire to be the voice in the world about the regime’s atrocities.

The opposition leader Maria Corina Machado was the first to react on his social networks. Through his Twitter account, he expressed: “I am very happy that Leopoldo López can meet with his family in freedom. My love for Lilian, her children and her parents at these times when they can finally be together”.

López was arrested in 2014 and sentenced to 14 years in prison., accused of leading the violent acts in the anti-government marches that occurred that year. The opponent served a sentence of almost three years in the military prison of Ramo Verde and, later, went to house arrest until its launch in April 2019. That day he joined the uprising led by Guaidó, recognized as interim president of Venezuela by about 50 countries, when he went with about thirty soldiers to a military base in Caracas.

The last public message launched by López was last Thursday, when he congratulated the opposition in Belarus for winning the Sakharov Prize for freedom of conscience, a prize that was also received in 2017 by the opposition to Maduro.

The day Leopoldo López came out of house arrest

He was mayor of the metropolitan municipality of Chacao for two periods (2000-2008). During his last year in office, the Hugo Chávez government disqualified him from public office after being accused in 1998 of having received funds from the board of Petróleos de Venezuela (PDVSA) occupied by his mother, Antonieta Mendoza, to found the party of opposition Primero Justicia. The young leader appealed to the Commission and the Inter-American Court of Human Rights (IACHR and Inter-American Court) and both concluded that there was a violation of your rights.

However, the regime maintained López’s ban on running for elected officials and thus he truncated his candidacy for metropolitan mayor of Caracas in 2008, which was later won – twice – by his partner Antonio Ledezma.

The trajectory of the leader of the Voluntad Popular – the opposition party he founded in 2009 after his expulsion from Un Nuevo Tiempo and which in the regional elections last December won the largest number of mayors by the opposition – had a promising start.

With studies of Economics at Harvard University, López has a successful political career: in 2000, at the age of 29, he was elected with 51% of the votes for his first term in the prefecture of Chacao, the wealthiest municipality in Greater Caracas, and after his re-election in 2004, he swept 81 percent by cent.

Inside Leopoldo López’s home after an invasion of the regime

The Chavista dictatorship held him responsible for the three deaths and 66 injuries left by the student demonstrations in Caracas in 2014. That day, thousands of students, accompanied by López and other opposition leaders, marched against insecurity, inflation and the lack of products and the prison of university students.

The regime claimed that the violence was the result of “infiltrated ultra-right groups“In the demonstrations to provoke”a coup”In Venezuela, a country with the largest oil reserves in the world. Before being arrested, López led a major mobilization with the Public Ministry. Nicolás Maduro’s regime arrested him right there, in front of the cameras of the world media.

Maduro announced that Russia, China, Iran and Cuba will send advisers to Venezuela to update the regime’s weapons system