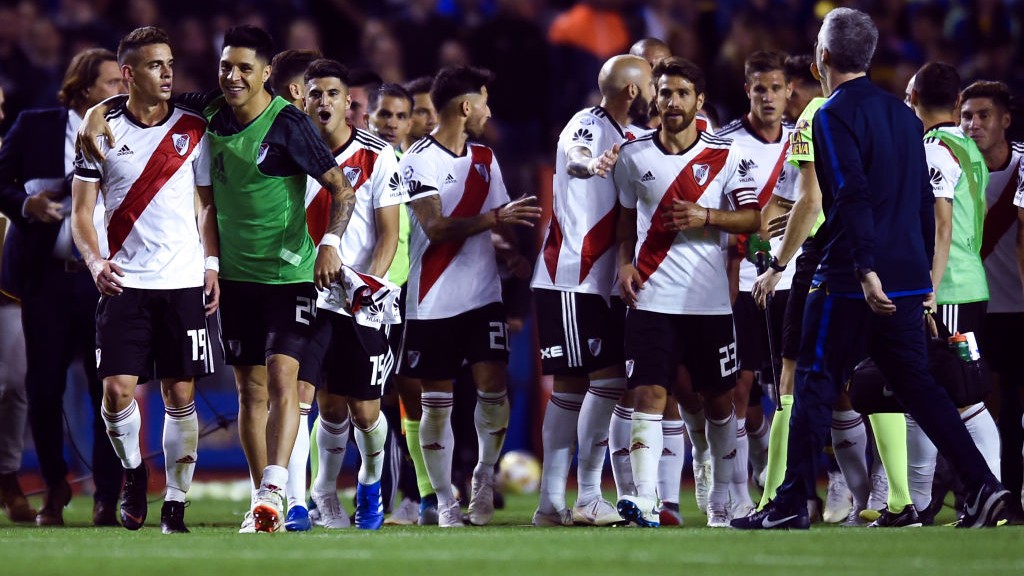 Gallardo, who will not be able to direct his players in Saturday's game, must decide which team will face Boca in the Superfinal's exit.

The main question for the first final is to know how Gallardo will replace Leonardo Ponzio, who should have been replaced against Grêmio by muscle discomfort.

One of the speculations was that the Muñeco would change piece by piece and the two alternatives were Enzo Pérez and Bruno Zuculini, however the coach would make a change of scheme in which Enzo will enter and will be accompanied by Palacios and Zucu or Nacho Fernández.

As for the presence of Pity Martinez, who could not train normally due to a feverish situation, there is no doubt: the 10 will be in La Bombonera.

And Scocco? The striker finished with a contracture after the game against Estudiantes and worked differently during the week. Gallardo will wait until the last moment and his presence – even among the 18 – is unknown.