It's a good new. But this may not last long.

The hyperinflation suffered by Venezuela since the end of 2017, the largest in the world today, registered a sharp deceleration for several weeks between February and March, according to the companies' estimates.

Since the beginning of this process, daily inflation in that country averaged 2.9% per day, but during the weeks mentioned above, it fell to 0.7% per day.

Venezuela has not published official inflation data for years.

In the midst of this slowdown, there were products whose price was stagnating and, in some cases, as in the case of sausages, cheeses and other perishable products, they were offered for sale with great discounts.

It is a reason for the relief and a short pause for the Venezuelans, who face numerous problems of various types due to the economic crisis that the country suffers.

Some experts, however, do not believe this is the beginning of the end of hyperinflation.

But exactly what happened?

By the end of 2018, inflation in Venezuela was growing at a rate above 100% per month. Of 50% is when going from inflation to hyperinflation. 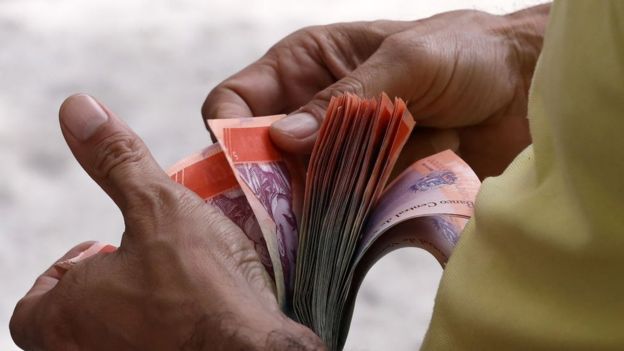 In January, it reached more than 200% as a consequence of a strong devaluation of the currency applied by the government: the official exchange rate was higher than the one registered in the parallel market, the most traditionally used for the exchange control imposed by the government. Government of Chavez.

As a result, store sales plummeted in January and continued to drop further in the following month.

"This process continued in March, when the great electrical crisis occurred that accentuated the depressive situation due to the low sales and is an additional factor of paralysis," says Herrera.

He points out that the fall in consumption led to the accumulation of stocks and forced companies and companies to reduce prices to be able to collect and continue to operate, at a time when banks did not offer loans.

According to Herrera and other experts, this inability to go to the financial system was a key element in slowing down hyperinflation.

Since September last year, the Venezuelan Central Bank has decided to gradually increase the reserve or legal reserve (the percentage of deposits received by financial institutions and which by law can not be used).

The main purpose of this reserve is to have resources to avoid a liquidity crisis. However, in the context of monetary policy, it is also often used to restrict credit and thereby reduce inflation. At the end of the day, if people and businesses have less money, they will have to limit their spending. 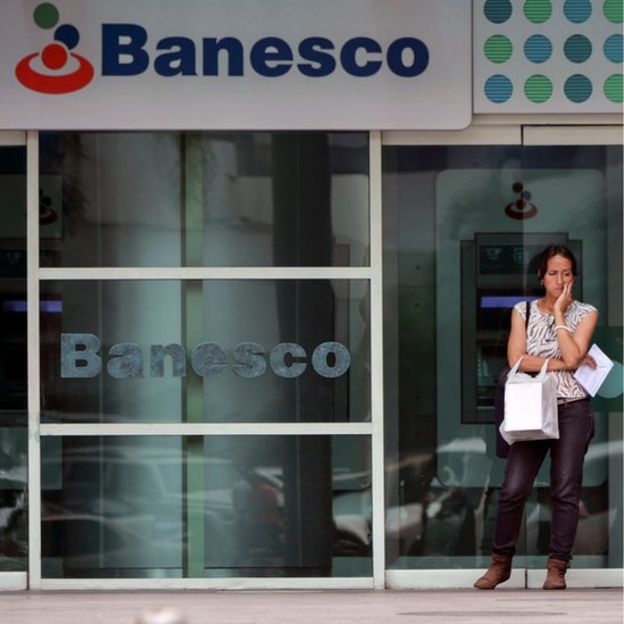 The increase of the legal reserve to 100% severely limited the banks' ability to lend. | Photo: Getty Images

In the case of Venezuela, the authorities' decision was to take the legal reserve to 100%, the highest level possible and the one that, according to Herrera, is unprecedented.

In this way, financial institutions were severely restricted in their ability to lend.

The Central Bank of Venezuela presented this measure as part of the policy of intervention in the foreign exchange market that it intends to carry out in coordination with the Executive Branch, within the "Program for Economic Recovery, Growth and Prosperity" announced by the government of President Nicolás Maduro.

Thus, with the liquidity restriction, it would aim to reduce the amount of bolivars available and available for the purchase of dollars.

In this way, we would try to prevent the Venezuelan currency from continuing to depreciate, which is also an important source of inflation in a country where most of the products consumed are imported.

Some economists, however, do not consider this policy the most appropriate.

"The government has understood that hyperinflation is a monetary problem, but instead of taking the cost and ceasing to issue inorganic money (which is the main root of hyperinflation), it continues to issue money on its own, but forces the bank to leave for lend, "said Guillermo Arcay, an economist at Ecoanalítica and professor of macroeconomics at the Andrés Bello Catholic University in Caracas, to the BBC.

Arcay says that the BCV increases the money supply on average by 18% every week. 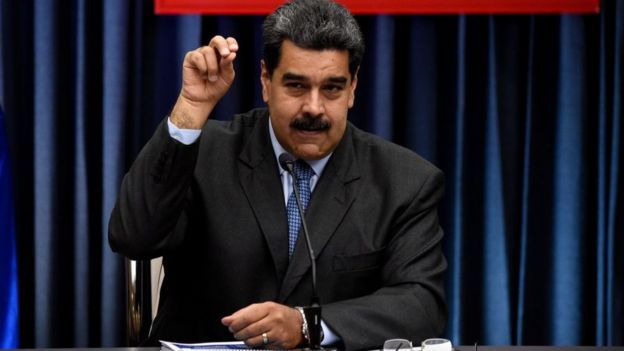 Although the hyperinflation phenomenon is relatively recent in Venezuela, this country has recorded high rates of inflation for several years, something that many economists attribute to the fact that high public spending is financed by the issuance of inorganic money, this IS that it does not have the support corresponding.

This view, however, has been repeatedly rejected by the ruling party.

"The determining cause of hyperinflation in Venezuela is not the increase in the amount of money, it is the political and criminal manipulation of the exchange rate," economist Pascualina Curcio, deputy minister of Maduro's government, wrote in an analysis last November . and is a professor at Simón Bolívar University in Caracas.

The United States government imposes sanctions on Venezuela, including the oil sector, which is fundamental to the country's economy.

The bolivar did not last long.

In a country like Venezuela, where authorities do not disclose data on economic behavior, the price of the dollar against the dollar in the parallel market has become one of the few credible indicators for most.

During the months of February and March, unlike the trend of recent years, the price of the "bolus", as Venezuelans know its currency, remained relatively stable.

One dollar was exchanged for approximately 3,500 bolivars, and this was the case for several weeks, as a result, according to experts, of the drastic measures of contraction of liquidity applied by the government of Nicolás Maduro.

But, as experts feared, its effect was ephemeral.

This week the dollar was already changing to more than 5,000 bolivars. Everything seems to indicate that, once again, the bolívar is unmarked.

Although analysts' estimates indicate that hyperinflation has slowed down and that products have fallen, Arcay says it was an ephemeral phenomenon and that people could not appreciate it in their daily lives.

"In this process, people's income remained the same in nominal terms, so that, in fact, their quality of life continued to deteriorate at a rapid pace," he says. 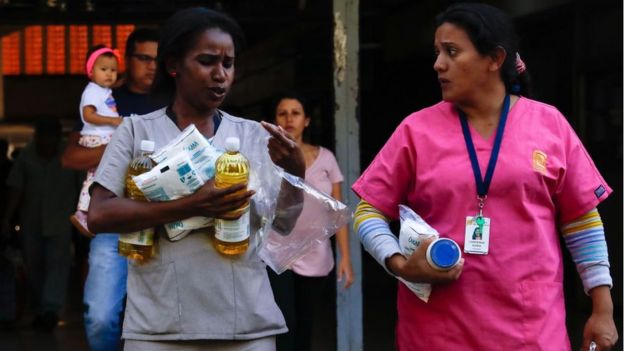 He stresses that another of the tools used by Maduro's government was to slow fiscal spending, avoiding since January to declare wage increases in the public sector, despite the fact that accumulated inflation has already surpassed 500% so far this year.

Maduro's government has once again devalued the official exchange rate this week, which normally forecasts an increase in inflation.

"This is something that can not be repeated over and over because you are going to lead companies and companies to a break." Then you will come to the end of hyperinflation by liquidating economic activity. the patients, but you did it at the cost of taking it to a precomactive state, "he concludes.