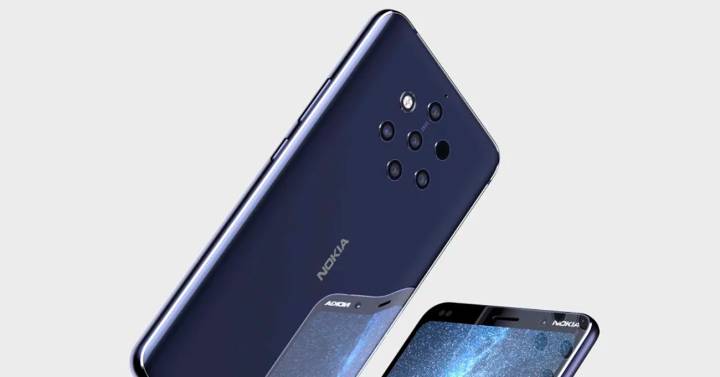 Cellphones are now battling a bloody battle to conquer the photography market. Aware that combining the quality of a DSLR or Reflex camera is very difficult, more and more manufacturers are trying to simulate these results with increasingly sophisticated cameras. To the extent that Nokia would be close to launching a cell phone with five cameras of back photos, surpassing the three of Huawei and the four that we have seen on Samsung phones. Let us know the aspect of this supposed Nokia 9.

The five rear cameras, closer than ever

For months we've heard rumors about a Nokia phone with no less than five rear cameras, we've even seen a few sketches of its design, but today's filtering could have a semi-official character. Especially since the filtering comes from one of the most respectable leaksters in the industry, and showing what would be the final design of Nokia 9 Pureview, the new top of the Nordic signature range. A terminal design that is not too far from what is seen in other models of the brand, except for the huge detail of the camera.

As you can see in the picture, the five cameras would be organized in a very unique, hex-shaped way, as we can also see how the LED flash and camera sensor are integrated into the camera's unique layout. Probably these five sensors include a wide angle as well as black and white, telephoto, the main and other more than today is not clear their performance. In any case, it is a design that will not go unnoticed by anyone.

This new Nokia would have the 845 Snapdragon processor, as well as a 5.99-inch screen with QHD + resolution. It would also have one of the main features of today's high-end fingerprint reader under the screen. On the date of presentation of this Nokia 9 Pureview, nothing is clear, but knowing that Nokia customs in the last two years, it is expected to be present during the next MWC 2019 of Barcelona, ​​at the end of February. The perfect framework for presenting a mobile phone that will revolutionize photography on smartphones.