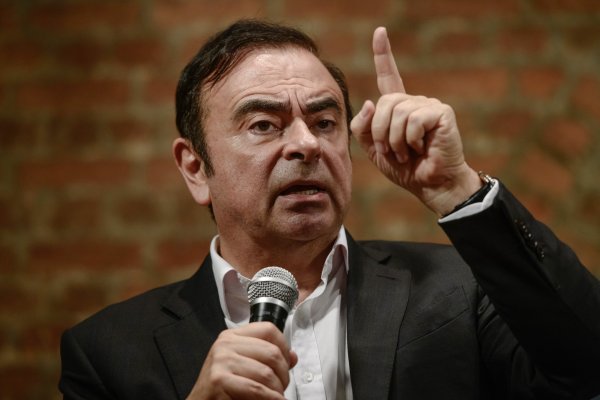 Former Nissan Motor and Renault chairman Carlos Ghosn was arrested again on Thursday in Tokyo, a day after announcing an upcoming "telling the truth" news conference on his case that is now on hold.

The arrest of the 65-year-old executive arrived early, shortly after members of the Public Prosecutor's Office entered his home and voluntarily took him to his facility where he was detained.

He was later transferred to the correctional unit in the Kosuge neighborhood, where he had been detained for more than three months, Kyodo news agency reported.

In a statement released by his legal team after the arrest, Ghosn described as "outrageous and arbitrary" the new prison, which he described as "another attempt by some individuals at Nissan to silence me and confound prosecutors."

Ghosn's new prison comes a day after a Twitter account appeared on his behalf announcing that April 11 would hold its first press conference since the case was raised to "tell the truth about what's going on."

Ghosn was arrested for the first time on November 19, 2018 in Tokyo, accused of hiding from Japan's financial authorities the million-dollar compensation allegedly agreed with Nissan.

The arrest was extended by adding a second charge related to the same crime and one third of the abuse of trust for allegedly using funds from the Japanese company to cover personal losses during the 2008 crisis and making payments to a Saudi businessman whom Nissan considers unjustified. .

After 108 days of detention, Ghosn was released on bail on March 6, subject to stringent conditions such as the installation of surveillance cameras at the entrance of his residence, restriction of his telephone communications or limited access to the Internet in his lawyers' offices .

The arrest on Thursday would be linked to a new accusation of aggravated misconduct linked to the transfer of funds by the presidency of Nissan and Renault, which was owned by Ghosn, to a distributor based in Oman.

Some of the funds would have been used to buy a yacht and cover personal loans from Ghosn, according to the Japanese and French press.

The statement provided today by the Tokyo Prosecutor's Office does not identify the companies involved, but specifies the amount the manager would have used for his benefit, about $ 5 million, and that shipments occurred in 2015 and 2018.

Ghosn insisted today on his innocence of all the accusations and accusations made against him "without foundation".

The executive had already insisted on being part of a "plot" orchestrated by Nissan executives when he tried to deepen the partnership with Renault and Mitsubishi Motors, which also became president when it was controlled by Nissan.

Ghosn's March release was qualified as a first victory in the case of Hironaka, a lawyer known for his success in cases involving high profile personalities.

Despite spending more than three months in prison, Ghosn's release was unusually early in Japan, where suspects are frequently arrested until the start of the trial and bail is generally granted to those who admit the allegations.

This feature of the Japanese legal system has been criticized internationally and earned the nickname "justice for hostages".

If the deadlines applied by the Tokyo prosecutor's office are upheld, Ghosn could be held in provisional custody up to 22 days before the new charge was launched.

That would prevent him from appearing to reporters on Thursday of next week, as he announced on Wednesday.

According to the local media, it is very rare in Japan for a person who has been released on bail to be arrested again.