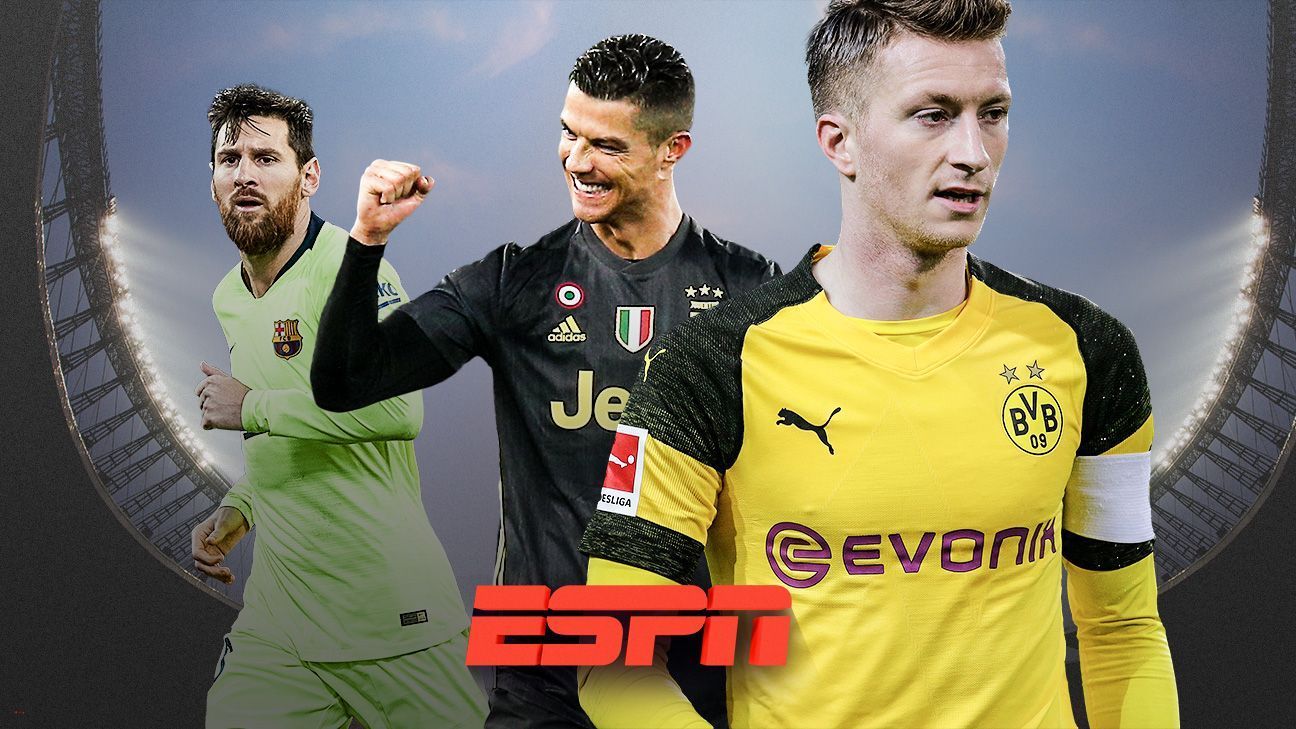 Borussia Dortmund emerged boosted from the nineteenth day of the Bundesliga with a clear and solvent win against Hannover (5-1), who established himself as a trusted leader in Germany despite Bayern's acceleration in recent weeks.

The Barcelona does not lose and maintains the distance in relation to the Atleti in La Liga; while Cristiano and Cancelo rescued the unbeaten Juventus in Serie A.

We present you the best of the day in European football.

THE LEAGUE Winner of his penalty in Girona (0-2) and sustained for moments by the stops of Marc Andre Ter Stegen, including a ball that took off under sticks Gerard Piqué, Barcelona discounts per day and maintains the differences: five points for Atlético and ten for Real Madrid, reaffirmed against Espanyol (2-4).

Lionel #Messi scores for the 7th consecutive game in @The league. It is his biggest sequence of points in the championship since 21 games between November 2012 and May 2013. pic.twitter.com/kDncP2Ud1g

Atletico and Barcelona respond. It's a repetitive sequence in recent weeks at LaLiga Santander. Since the draw at Wanda Metropolitan Stadium (1-1), Barça have won all eight matches played in this competition; the rojiblanco won six of the eight, the three most recent without interruption.

Since the game beat Atletico on Saturday at Getafe (2-0), the same quality has exceeded the Barcelona requirement of Girona and Montilivi.

Real Madrid won quickly. At 15 minutes, Sergio Ramos, switched to the half time with a blow to the knee, led the 0-2. So Espanyol replied, through Leo Baptistao, on 25. Had he left? No. Because Real Madrid, always superior, accommodated their advantage again with 1-3; the second goal of Benzema, subtle to put the ball in the net at the edge of the middleman.

? Real Madrid beat Espanyol 4-2 in Cornellá with goals from Benzema (2), Bale and Ramos

? What has been the key to the resurgence of merengue? pic.twitter.com/isbQk7e2xE

Then Gareth Bale reappeared. There is no better way to return, among the constant doubts that generate his performance and his injuries, than he. In minute 64 Viniciuis entered, in the 67 marked the 1-4, also with a great movement within the area. After Raphael Varane was sent off and Rosales made the 2-4, enabled by neglect in the line of Marcelo's impediment, substitute of beginning and field, minutes before, instead of Modric.

SERIES A In Italy, Cristiano Ronaldo returned to succeed Juventus, who recovered in the field of Lazio. The Portuguese star scored a penalty in 88. The Turin team accentuates their dominance in Serie A. Score now eleven points ahead of Napoli, second.

Juventus, the next rival of Atletico Madrid in the Champions League, emerged as the winner of an intense duel against Lazio, who was over for an hour and was ahead until the quarter of the final hour when Portuguese João Cancelo and Cristiano gave him the current champion of Italy, the nineteenth win in 21 games.

In the session where Torino defeated Inter (1-0), who lost the course of second place, Milan and Napoli tied scorelessly in a match in which the Polish Krzysztof Piatek signed on Wednesday after the march Argentine Gonzalo Higuain for Chelsea debuted with Milanese playing in the last 20 minutes and without scoring.

And the Colombian Duván Zapata culminated in the epic return of Atalanta against Roma, scoring the final 3-3 after a negative 0-3.

Borussia #Dortmund He beat Hannover 5-1 to secure the top of the league.

Dortmund has 50 goals in 19 matches #Bundesliga, the first time since 2015-16 (Bayern Munich and Borussia Dortmund) pic.twitter.com/BJ5XEUNfjI

He left Bayern without a margin of error, which scored four for Stuttgart at the Allianz Arena. The Spaniard Thiago Alcántara, Christian Gentner at his own door, Leon Goretzka and the Polish Robert Lewandowski responded to the leader, of whom remain six points.

Robert Lewandowski has 2 goals as Claudio Pizarro (194) as the team's historic scorer @Bundesliga_ES by a foreign player pic.twitter.com/3eMXK9QmVX

BIND 1 Paris Saint Germain expands every day its absolutism in France. Neymar's injury loss did not affect the champion's performance, which added Rennes to a new score (4-1), which extends his winning ratio and his standing at the top of the standings.

In the hand of Uruguayan Edinson Cavani, who signed a double, Angel Di Maria and Kylian Mbappé, sealed his eighteenth victory in twenty days.

If Juventus take eleven to its pursuer, the distance of the Parisian frame is extended to thirteen, with two games still pending. The second is Lille, who against Marseille won their third consecutive victory and are three ahead of Lyon, who improved their improvement against Amiens.

Thierry Henry's retirement as coach did not produce any improvement in Monaco, which accentuated his collapse, losing in Dijon (2-0) and remaining anchored in relegation places.

Henrique is no longer the coach of the Monegasque team, to which the Portuguese Leonardo Jardim returns, fired three months ago. Neither this measure nor this recent reactivated Monaco, until recently a leading team in France.

What name do you put on the job? pic.twitter.com/BhViLY5w4P

FA CUP The English tournament has fueled the reputation that accompanies it with the elimination of six Premier teams. Some, like Everton, against smaller rivals. They bid farewell to the competition as Arsenal, Newcastle, Burnley, West Ham and also Tottenham.

They did not fail Manchester City, or Manchester United, who continued their good time with Ole Gunnar Solskjær at the bench, or Chelsea, Watford or Crystal Palace. Bristol, Derby County, Doncaster Rovers, Swansea, Millwall and Wimbledon also reached the round of 16.

The last 4 days of @Sursurs_ES