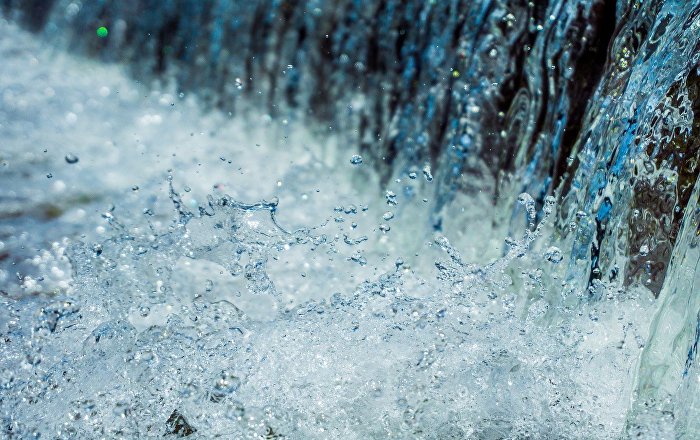 The amount of ocean water trapped inside the Earth through the movement of tectonic plates is much larger than estimated.

A new study published in the journal Nature has revealed some mysterious and unexpected complexities about the water cycle on our planet. The Earth's mantle consists of a puzzle of intertwined tectonic plates that collide and slide one below the other. During these movements, water is introduced into the so-called subduction zones. Through a combination of heat and pressure, this water is chemically transformed into a hydrated mineral that gets stuck inside the plates and is absorbed by the earth's crust.

An investigation by scientists at the University of Washington in San Luis, Missouri, USA, analyzed the amount of water absorbed this way. To do so, they investigated the data related to the Marianas fossa, the deepest natural formation on our planet, located almost 11 kilometers below sea level.

With the help of seismographs located along the well, researchers were able to hear underwater seismic activity and essentially map sections of the Earth's interior. After a full year of observation of the Mariana and Pacific plates, it was discovered that the Earth's mantle contains four times the amount of water previously thought, that is, the amount of water that all the Earth's oceans combined.

Scientists believe that most of the water consumed in the subduction zones is expelled back to the surface in the form of water vapor during volcanic eruptions. However, recent estimates reveal a major imbalance in water absorption and production.

During the last 550 million years, the oceans have kept their level with minor changes. Water that is absorbed in the subduction zones somehow returns and does not accumulate permanently inside the Earth's plates. Scientists still do not know how water returns to the surface.

It may interest you: how does one of the countries with the greatest abundance of water reach a drought?

"Estimates of water returning through the volcanic arc are probably very uncertain, and this study is likely to cause a reevaluation," said Douglas Wiens, one of the authors of the study, who hopes to persuade other researchers to reconsider their water cycle models. Water