"You're a terrorist," says a note sent to a 10-year-old Muslim student in Massachusetts 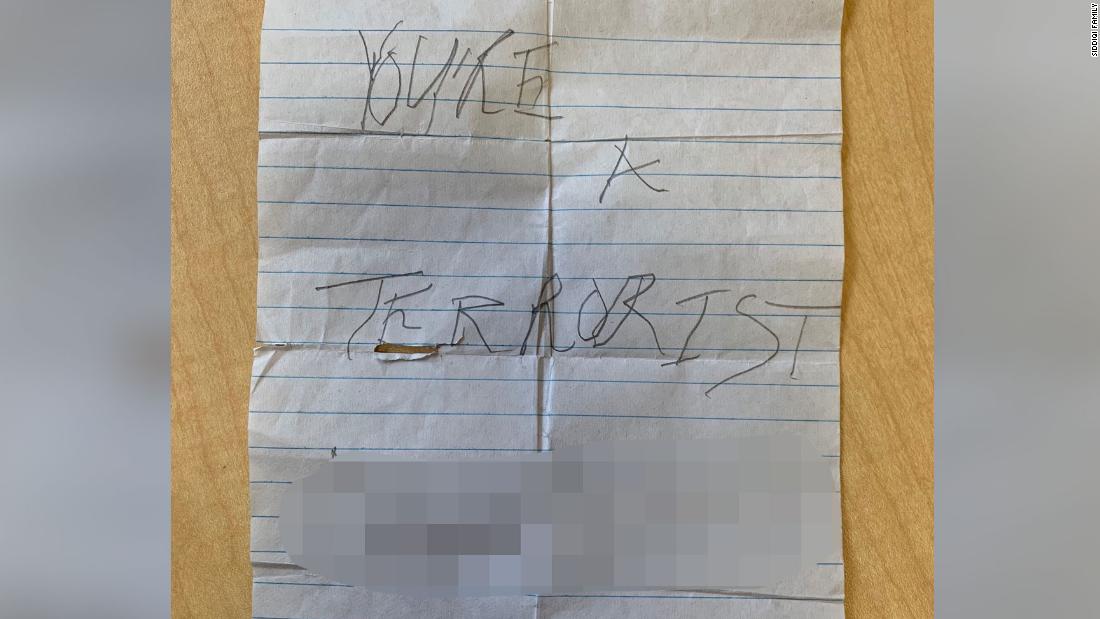 The first note came on Friday. Scribbled in pencil was: "You're a terrorist."

Neither the fifth grader who received the notes nor the other students at the school are in imminent danger, said Robert Tremblay, superintendent of the Framingham School District, at a news conference on Wednesday. "Security is our priority," he said.

The girl's family asked that her name not be published to preserve her privacy.

After the fifth grade student gave her teacher the first note on Friday, the school did not immediately involve the police, waiting for a student to show up, according to principal Elizabeth Simon.

The school sent parents e-mail asking for some information about the incident, but when the second note appeared on Tuesday, the police were involved.

"All she said was that she wants to be as normal as possible. She does not want to be treated differently," said Siddiqui.

The family has been a part of the Framingham community for decades, and he and his family members attended Framingham School District schools, Siddiqui said.

"But for our niece, she does not know why she's being targeted."

Simon said this was the first discriminatory incident at the school. "We did not have something that was such a dire and hateful message … My team is devastated."

Tremblay said Wednesday that a bigger talk about hatred should happen across the state.

"This is a widespread problem [that] we need to position ourselves and direct ourselves, "he said.

"When you think of a child in fifth grade," Tremblay said. "That kind of hate, you know, where does that come from? It's not an innate feeling a child would have." And the concern we have is, how is this a learning opportunity for our classrooms?

In an effort to bring students together, all fifth grade students wrote pleasant notes to the victim and the school is talking to each class to process the events, school officials said.