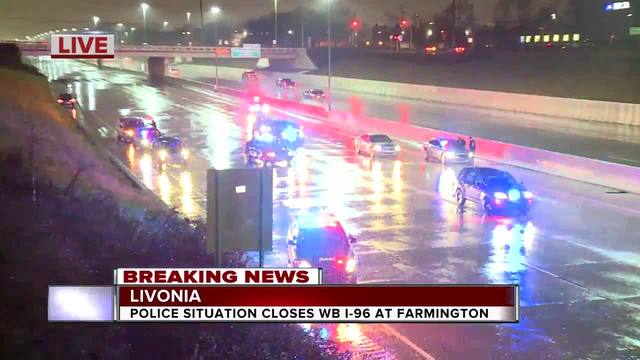 (WXYZ) – Two people were shot and wounded in a shootout involving police officers from the Michigan State Police.

Westbound I-96 at Farmington Road in Livonia is closed due to police investigation.

Police said the initial incident occurred at a FedEx facility on Amrhein Road in Livonia shortly after 3 am on Monday.

Responding police Livonia saw a suspicious vehicle fleeing the scene and chased the vehicle. The high-speed chase was going east on I-96, made a comeback and headed west. The chase ended around 3:40 am in the WB I-96 and Levan area.