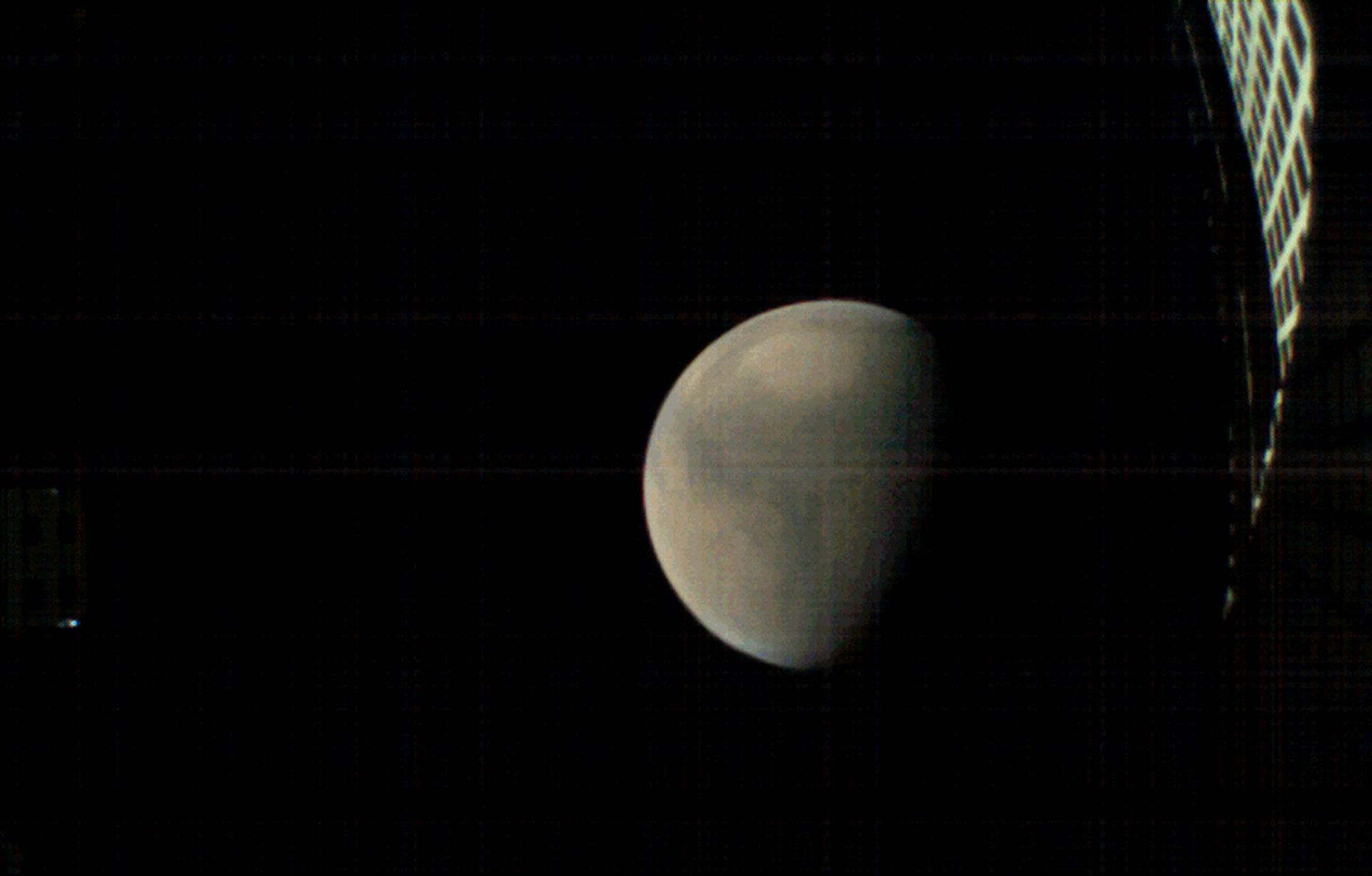 MarCO-B, one of the experimental CubeSats of the Mars Cube One (MarCO), captured these images as it approached Mars. (Credit: NASA / JPL-Caltech)

NASA's "WALL-E" satellite mysteriously fell silent after passing through Mars and the government space agency is not sure why.

The small satellite (known as the cube of satellite or cubesat) is one of the first two to leave Earth's orbit. Satellites have not contacted the government's space agency for more than a month, NASA said on Tuesday. The two MarCO spacecrafts (MarCO-A and MarCO-B) were launched from Earth in May 2018 and it is possible that the spacecraft simply reached its limits.

"This mission has always been about pushing the limits of miniaturized technology and seeing how far it could take us," said Andy Klesh, JPL's chief engineer in a statement. "We put a stake on the floor. Future CubeSats can go even further."

POWERFUL FOREIGN SANITARY SPIRIT WOULD BE MORE THAN COSMIC DUST?

The launch of the two MarCO spacecrafts (short for Mars Cube One) was a demonstration project and made in conjunction with the InSight module to show the prowess of these small satellites. They were nicknamed WALL-E and EVE after the Pixar characters of the same name and were last heard on December 29 and January 4, respectively.

Lander InSight landed successfully on the surface of the Red Planet on November 26, ending a journey that lasted six months and more than 300 million miles.

Several theories are floating about why NASA failed to contact the two hubs. WALL-E has a "leaky propeller" that can be affected by attitude control problems and cause it to "wobble and lose the ability to send and receive commands."

"The brightness sensors that allow the CubeSats to be aimed at the Sun and recharge their batteries may be another factor," added NASA JPL. "The Marcos are in orbit around the Sun and will only drift as February passes. The further they are, the more precisely they will need to point their antennae to communicate with Earth."

Both spacecraft will not begin to move toward the Sun again until summer, when NASA's JPL will attempt to contact them again, assuming batteries and other parts last until then. But if they do not, NASA said that Marco's mission has been a "spectacular success" and will provide a model for other hubs in the future.

"There is great potential in these small packages," said John Baker, program manager for MarCO at JPL, in the statement. "CubeSats – part of a larger group of spacecraft called SmallSats – is a new platform for space exploration that is accessible to more than just government agencies."