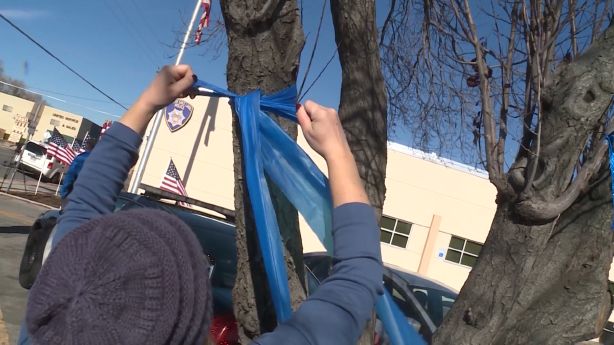 Chief Jack Carruth said Officer David Romrell was killed on Saturday night after being hit by a vehicle when he and another officer tried to stop a fleeing car after they arrived at the report of a robbery.

The other officer shot and killed the driver of the vehicle.

Romrell, 31, had been in the department for 11 months. He was in the US Marines before becoming a police officer. Romrell is survived by his wife and a 4 month old baby.

"We always want to honor those who have sacrificed their lives, especially in the line of duty," said John Reed.

Reed is a member of the Honoring Heroes Foundation. He and his family arrived in the department Sunday morning with 30 American flags.

He and his 3-year-old daughter, Lily, planted the flags along the sidewalk around the building. He hoped the flags would send a message to the cops inside.

"I hope they realize they are not alone. There are thousands of people in the state of Utah who support them," Reed said.

Kim Deacon also brought a bouquet to go out the door.

"South Salt Lake has a good police department and that's terrible for everyone," Deacon said.

I hope they realize they are not alone. There are thousands of people in the state of Utah who support them.

Several women who are married to South Salt Lake police officers also went to the department to hang blue and black ribbons on the trees around the building.

A city council member who was helping asked the residents of South Salt Lake who placed Christmas lights outside their homes to add some blue lights as a tribute to Romrell. 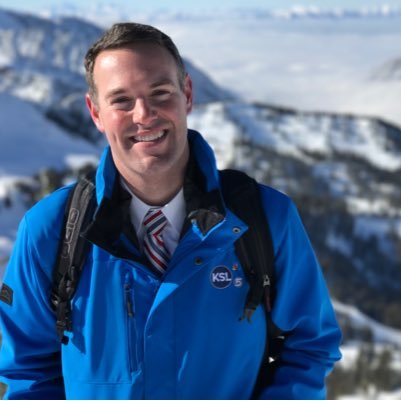