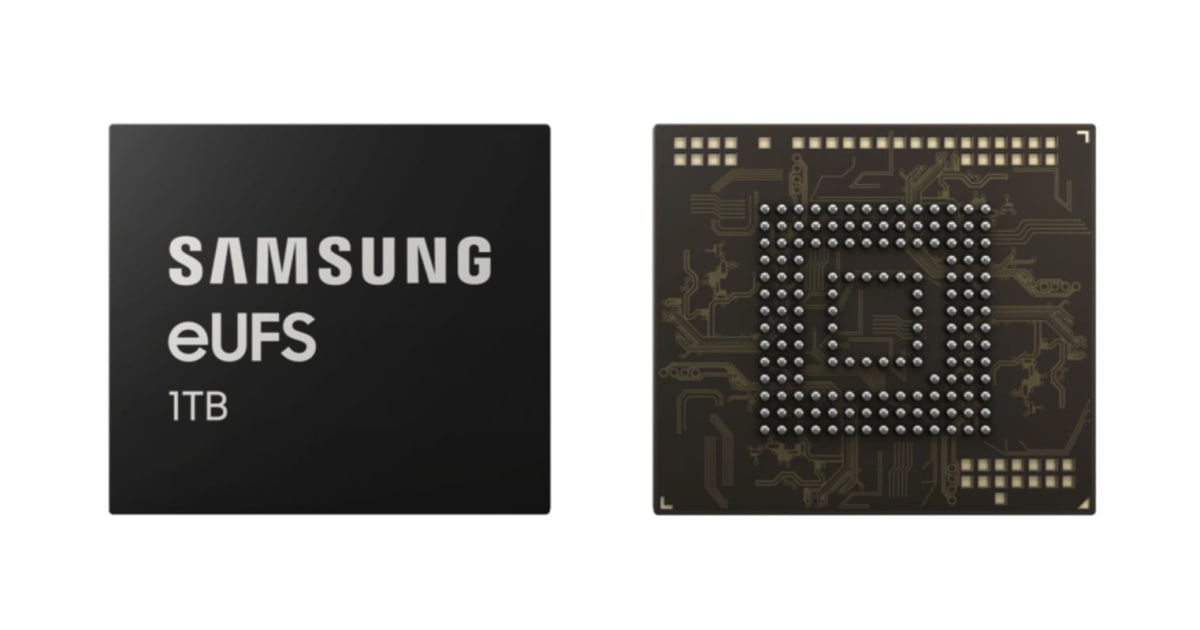 "1TB eUFS is expected to play a key role in bringing a notebook-like user experience to the next generation of mobile devices," said Cheol Choi, executive vice president of memory sales and marketing for Samsung Electronics . As ZDNet Samsung's flagship devices, such as the S10, are likely to come with a choice of 1TB thanks to its new eUFS technology. After all, Samsung began mass-producing its 512 GB storage technology in December 2017 and then launched it with its new phones early next year.

In addition to offering massive storage, the new eUFS is also designed to be faster than typical SSDs, microSDs, and previous technology revisions. It has a sequential read speed of 1,000 megabytes per second, double the normal SSD and faster than its predecessor of 512 GB. Despite all this, Samsung says it will come in the same package size as its 512GB flash memory, so it will not have to make its big phones even bigger.