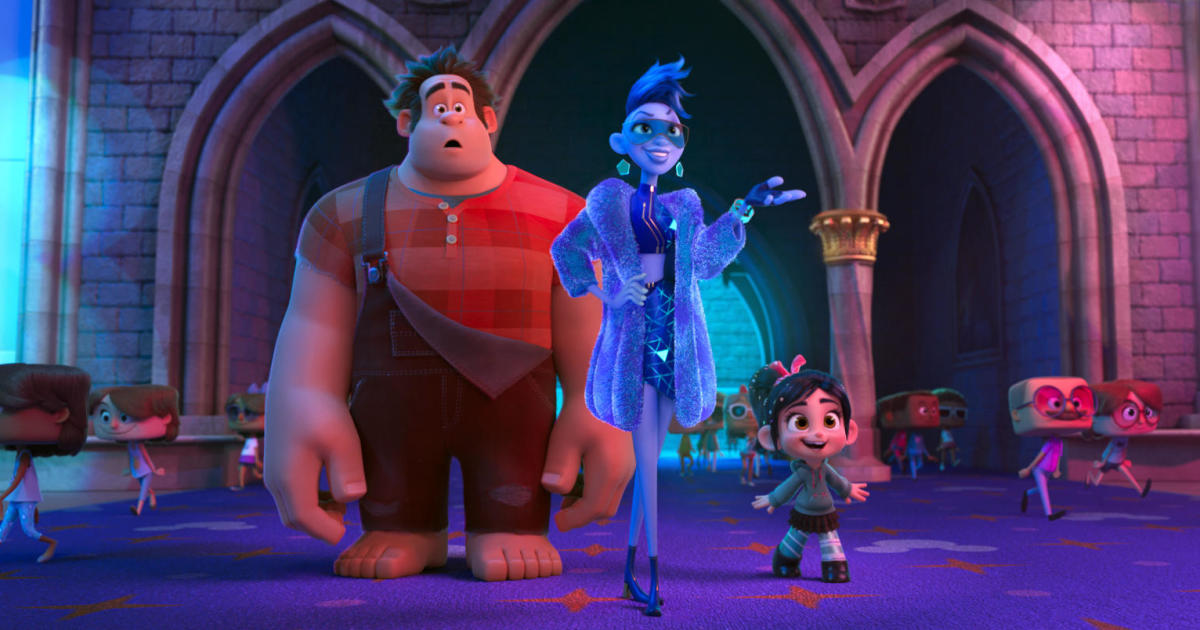 The two films topped the North American charts, beat the openings for the original films and helped the five-day Thanksgiving box office totals cross the $ 300 million mark for the first time ever.

Studios on Sunday said Disney's "Wreck-It Ralph" sequel earned an estimated $ 55.7 million over the three-day weekend and $ 84.5 million since its Wednesday opening to take first place and become one of the biggest Thanksgiving openings of all time.

Its five-day Thanksgiving grosses are the third highest of all time, behind "Frozen" and "Hunger Games: Catching Fire."

The film sees the return of the vocal talents of John C. Reilly and Sarah Silverman, and scored with audiences and critics.

"We're very thankful for this weekend," said Cathleen Taff, who oversees Disney's theatrical distribution. "It was a fantastic start and a great way to kick off the holiday season."

The Rocky spinoff "Creed II," starring Michael B. Jordan and Sylvester Stallone, placed second with $ 35.3 million from the weekend and $ 55.8 million since Wednesday, far surpassing the first film's Thanksgiving debut in 2015. The sequel directed by Steven Caple Jr. has Jordan's Adonis Creed fighting the son of Ivan Drago.

"This is a timeless franchise for us at MGM, and it's a thrill to see both its legacy and new generation of audiences continue to respond to Rocky Balboa and Adonis Creed in this time when we need uplifting stories," Jonathan Glickman, president of MGM's Motion Picture Group, said in a statement.

Third place went to Illumination Entertainment's "Dr. Seuss' The Grinch," which earned $ 30.2 million in its second weekend, and just barely beat out the "Fantastic Beasts" sequel, "Crimes of Grindelwald" ($ 29.7 million) which is also in weekend two

There was little left in the table for the latest version of "Robin Hood," starring Taron Egerton. The poorly reviewed pic from Lionsgate's Summit Entertainment grossed only $ 9.1 million over the weekend and $ 14.2 million in its first five days in theaters against reported production of nearly $ 100 million.

Peter Farrelly directed the film based on a true story of the road trip through the Jim Crow-era South. With awards buzz, good reviews and an A + CinemaScore for the movie, Universal's distribution chief Jim Orr said he expects to have a long life at the domestic box office.

Overall, it was a remarkable Thanksgiving frame at the box office for the industry. It's the first time ever that the total domestic box office has surpassed $ 300 million over the five days counted around the Thanksgiving holiday. Box office tracker Comscore is projecting at $ 314 million total.

"This is a perfectly fitting Thanksgiving for a year that's had its share of records being broken," said Comsore's senior media analyst Paul Dergarabedian.

Estimated ticket sales for Friday through Sunday at international theaters (excluding the U.S. and Canada), according to Comscore:

© 2018 The Associated Press. All Rights Reserved. This material may not be published, broadcast, rewritten, or redistributed.