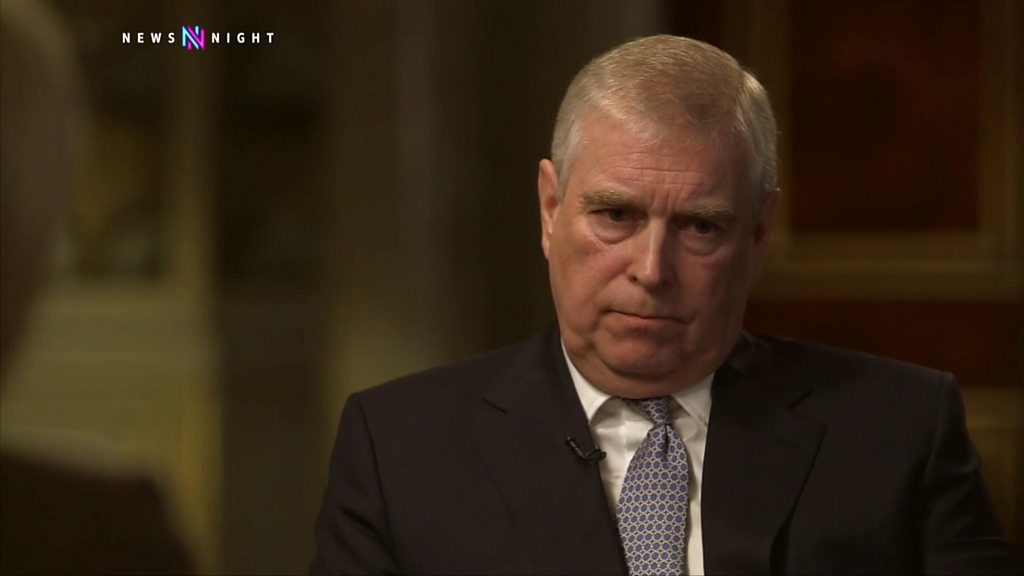 The Duke of York says he is moving away from royal duties because the Jeffrey Epstein scandal has become a "major disturbance" to the royal family.

Prince Andrew, 59, said he asked the queen for permission to withdraw in the "near future."

He said he was deeply sympathetic to the victims of sex offender Epstein and everyone who "wants some kind of closure."

The duke faced growing reaction after a BBC interview about his friendship with the American financier.

Her latest action, described by Buckingham Palace as "a personal decision", was taken after discussions with the queen and Prince Charles.

For several months, the duke had been struggling with his ties to Epstein – an American financier who, at age 66, took his own life while awaiting trial on charges of sex trafficking.

Virginia Giuffre, one of Epstein's accusers, said she was forced to have sex with the prince three times. The duke has always denied any form of sexual contact or relationship with her.

In a statement, the duke said, "I still unmistakably regret my misjudged association with Jeffrey Epstein.

"His suicide has left many questions unanswered, especially for his victims, and I deeply sympathize with everyone who has been affected and wants some form of closure."

"I just hope that over time they can rebuild their lives."

He added that he was "willing to assist any appropriate police agency in its investigations if necessary."

BBC royal correspondent Daniela Relph said her latest statement was "completely different in tone" in her recent TV interview and "addressed all the issues he was criticized for," including sympathy for the victims.

She described her decision to back down as a "drastic" move, but said "the rumors that were circulating were really difficult for the Royal Family to manage."

"I can't say enough that this statement is completely unprecedented – for a royalty to resign because of such a scandal," he added.

In his interview with BBC Newsnight on Saturday, the duke said that "the opportunities I had to learn" about business mean he does not regret his friendship with Epstein, although he said meeting him for the last time in 2010 was "the decision". wrong ". "

The duke said he did not remember meeting Giuffre and said that the night she claims they met, he went to the Pizza Express in Woking and returned home.

He tried to cast doubt on her testimony, claiming that he was "sweating profusely" in a nightclub, saying that a medical condition at the time meant he could not perspire.

He said he met Epstein "through his girlfriend in 1999" – a reference to Ghislaine Maxwell, who had been a friend of Prince Andrew since she was in college.

Since the interview, a letter written in 2011 to the Times newspaper by Buckingham Palace has emerged, saying that they met in the early 1990s.

The duke's website says he performs official duties for the queen, focusing on promoting economic growth and creating skilled jobs.

Over the past two months, he has made overseas engagements in Australia, the United Arab Emirates and Thailand.

BT became the latest in a series of organizations to distance themselves from Prince Andrew after the interview.

In a statement, the company said it has been working with iDEA – which has helped people develop digital, business and job skills – since 2017, but "our dealings are with its CEOs and not with the patron, the Duke of York. "

"In light of recent developments, we are reviewing our relationship with the organization and look forward to working more with them in the event of a change in sponsorship," said a spokeswoman.

Standard Chartered Bank and KPMG also announced that they were withdrawing support for the duke's business mentor initiative, Pitch @ Palace. Sources told the BBC that decisions were made before the interview.

Four Australian universities also said they would not continue their involvement in Pitch @ Palace Australia.

Prince Andrew canceled a planned visit to the flood-hit areas of Yorkshire on Tuesday, Sun reported.

Prince Andrew and the Epstein Scandal: The evening interview aired on BBC Two on November 16, 2019 and can be viewed at BBC iPlayer in the United Kingdom. The full interview can also be viewed at Youtube