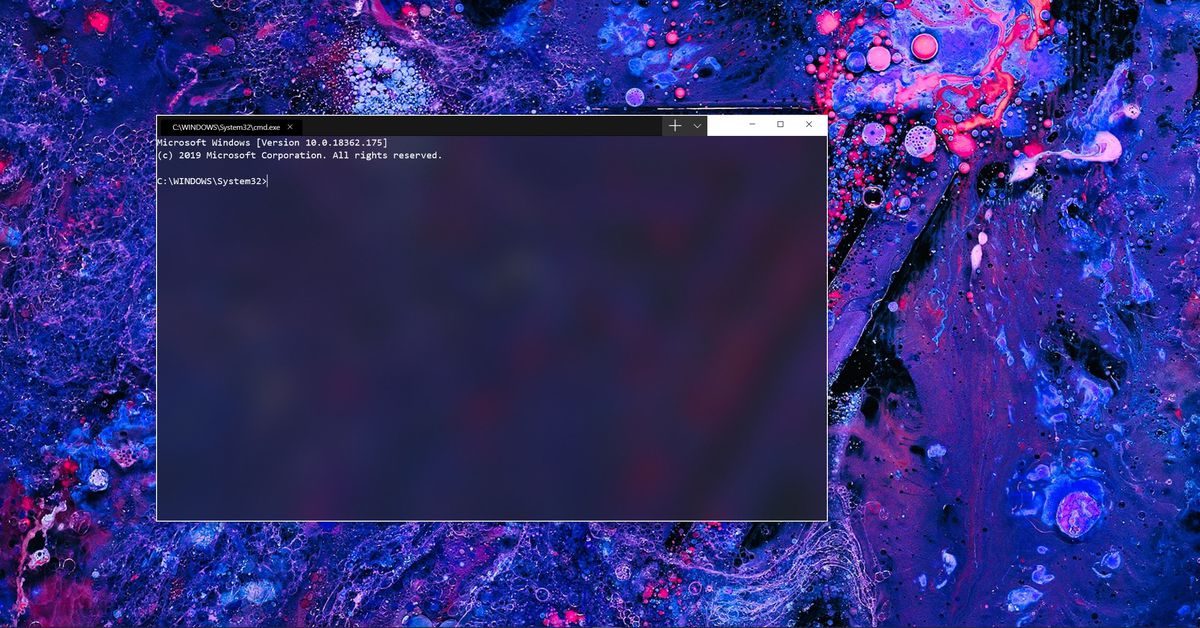 Microsoft first unveiled its new Windows command line application, dubbed Windows Terminal, at Build earlier this year. It is a new central location where you can access the traditional cmd line, PowerShell, and Windows Subsystem for Linux (WSL). Although developers have been able to compile and use Windows Terminal from the code available on GitHub, Microsoft is releasing an easy installer today through the Windows Store.

The Windows Terminal application includes support for multiple tabs, as well as themes and customization for developers who want to tune the Terminal application. You will need to adjust a JSON file if you want to access all customization options now, since this preview does not have full functionality. Microsoft has some instructions on how to configure its settings and key bindings in the JSON file, and you can even change the background image.

Windows Terminal will also support full text rendering based on GPU and even emoji. Microsoft has shown emojis support with flashy video in Build, and text rendering is based on DirectX, so it will display regular text characters, glyphs, and symbols available on your computer.

Microsoft has promised a preview of Windows Terminal in mid-June, and we have just moved from the midpoint of the month and have arrived. "This is the first of several pre-release versions for the Microsoft Store," says Kayla Cinnamon, manager of the Windows Terminal program. "The Terminal team is working to create a consistent schedule that offers regular previews and more frequent builds for those who want to have access to the latest features as they arrive. Windows Terminal 1.0 will arrive in the Microsoft Store this winter! "

Microsoft is also working to bring the complete Linux kernel to Windows 10 to improve the performance of Windows Subsystem for Linux (WSL). If you want to try the new Windows Terminal, you can immediately download it from the Windows Store.