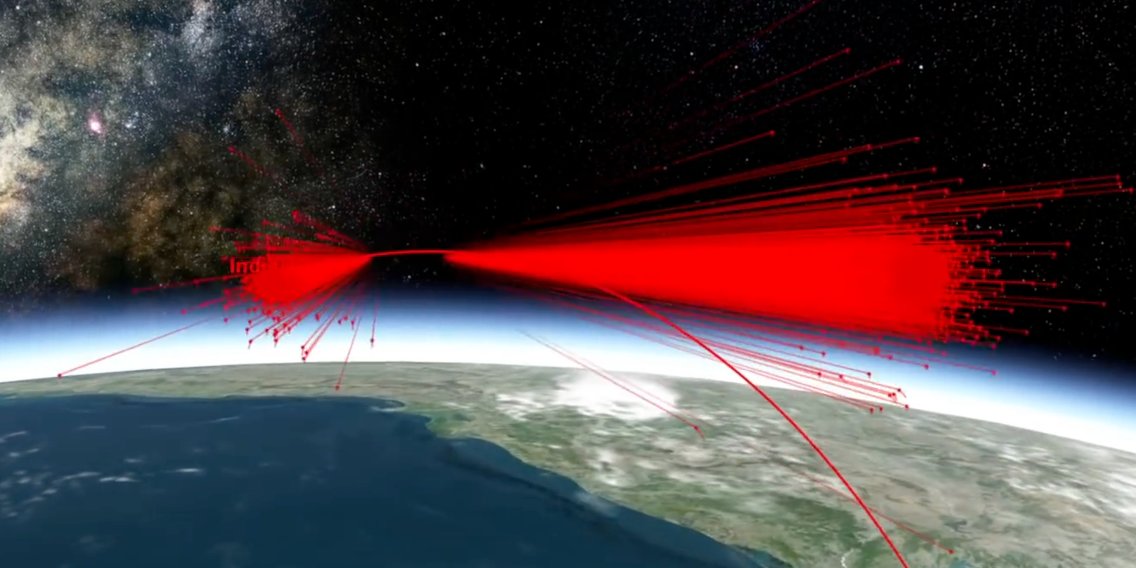 NASA classified the destruction of a satellite last week as a "terrible and terrible thing" and said the space debris created by the blast should be considered a threat to the International Space Station and astronauts on board.

India intentionally destroyed one of its own satellites with a missile last week, a move that Prime Minister Narendra Modi hailed as one that established India "as a space power."

But NASA administrator Jim Bridenstine told officials on Monday that he posed an "unacceptable" threat to astronauts aboard the ISS.

"What we're tracking now, objects large enough to track – we're talking about 10cm (four inches) or larger – about 60 pieces were crawled," he said.

He said that 24 of those pieces were going above the ISS, although the satellite is orbiting 185 miles above the Earth, lower than the station, which orbits about 250 miles above Earth.

"This is a terrible and terrible thing to create an event that sends debris into a heyday that goes beyond the International Space Station," added Bridenstine.

"This type of activity is not compatible with the future of human space flight."

See More Information: India's anti-satellite missile test may have created 6,500 pieces of space debris larger than a pencil eraser, according to a new simulation

He said the risk of ISS collision with debris increased by 44% in 10 days as a result of the Indian missile.

"It's unacceptable and NASA needs to be very clear about the impact it has on us," he said.

A software engineering company called Analytical Graphics Inc. (AGI) has done a simulation of the debris created by the anti-satellite test, published on YouTube.

"We model 6,500 fragments, basically those that are more than half a centimeter," said Tom Johnson, vice president of engineering for Analytical Graphics Inc.

India has underestimated the risk of debris after missile launches, with its top scientists saying last week it expects debris to run out in less than 45 days.

See More Information: India says space debris from its anti-satellite test "will disappear in no time"

G. Satheesh Reddy, head of the Defense Research and Development Organization of India, said a low-altitude military satellite was chosen to reduce the risk of debris.

"That's why we did it at lower altitudes, it will disappear in a short time," he told Reuters. "The debris is moving now. How much debris we're trying to solve, but our calculations are that it must be dying within 45 days."

US Secretary of Defense Patrick Shanahan warned a day after the Indian test that the event could create a "mess" in space.