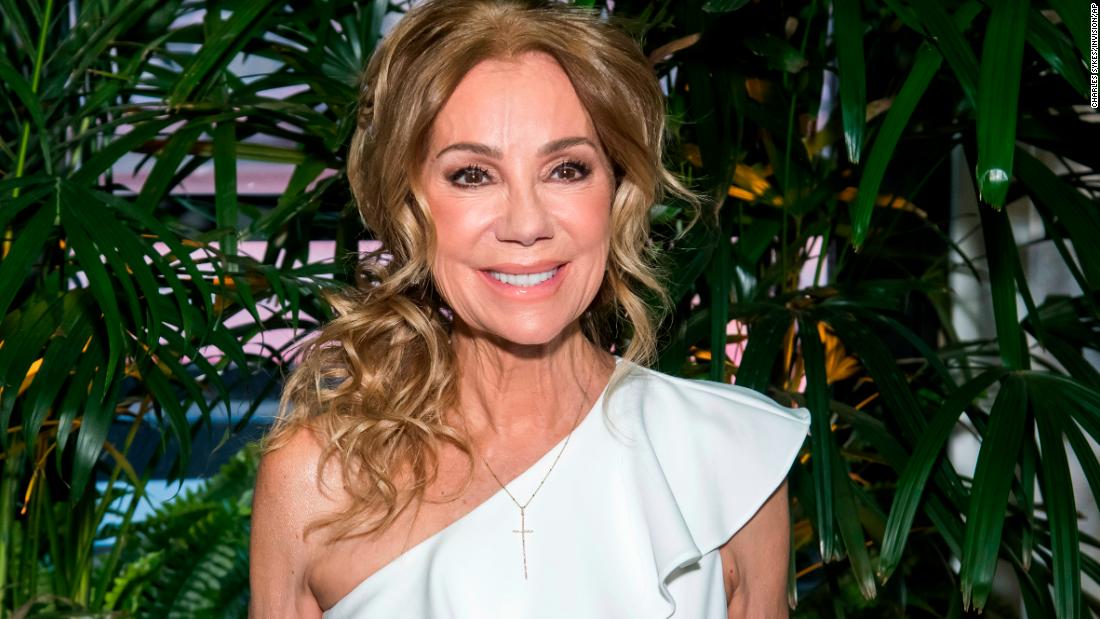 Kathie Lee Gifford will say goodbye to NBC's "Today" show on Friday. And it's shaping up to be a farewell to the ages. There will be a live studio audience, "surprise guests, surprise performances, tributes, games, gifts," a network source said.

The "Today" program definitely knows how to produce those moments. This time is unique because Gifford is unique: it has been a comforting presence on people's TV screens for 25 years. The fourth hour of Gifford's "Today" with Hoda Kotb is about family, friendship, faith, fun … Like the best daytime TV shows, the show is about companionship … The stars are falling all week long .. .
Some morning synergy: Lester Holt interviewed Gifford in Thursday's "Nightly News." She said that "everything" on the show with Kotb "comes out of a real friendship". As for the ever-present wine, she said it "set the tone for welcoming our party." "We're having fun and it's not nobody's business. It's not mean."

Holt asked, "Kathie Lee is not retiring, you are … what?" Gifford: "Evolving!"

NBC News Mayor Noah Oppenheim previously said that "Kathie Lee's dish has been overflowing lately with film, music and book projects," and "she has decided to focus her full-time attention on these other creative endeavors …"

There was much applause in the newsroom when new CBS News president Susan Zirinsky announced the Diana Miller promotion on Thursday. She has been effectively the executive producer on "CBS This Morning" since Ryan Kadro left three months ago. But now her E.P. title is official …

A milestone for morning TV

For the first time, all three morning shows on the network have executive producers: Miller on CBS, Roxanna Sherwood on the "GMA," Libby Leist on "Today." Here is my full story …

– President Trump is visiting Calexico, California, and runs through a part of the border …

– Variety is holding its women power: lunch in New York at Cipriani Midtown …

Check out the "Reliable" podcast this week

So far you may have heard of investigative journalist Jessikka Aro and the award she should receive from the State Department. Something went wrong and the prize was rescinded. The Democrats on Capitol Hill have spoken out on this strange case. But I did not hear much from Aro herself.
So I connected with her in Helsinki for this week's podcast. Has the State Department actually rescinded its award because it posted critical tweets about President Trump? It sure does. She wants answers – and she's not alone. We talked about all of this … In addition, his continuous reporting on the "Russian propaganda machine …" Listen to the pod via Apple Podcasts, Spotify, Stitcher, TuneIn, or your favorite application …

– The Washington Times opinion editor, Charles Hurt, did an "exclusive Oval Office interview" with POTUS … Hurt asked about Barbara Bush's criticisms of him as reported in Susan Page's new book … )
– Herman Cain, who collaborated with Fox News until August 2018, is being recommended by Trump "for a seat on the Federal Reserve Board …" (CNN)
– Howard Schultz fielded Q on Fox Thursday night … It was the first city hall network of the 2020 season … (Fox)
– Read more from Thursday's "Reliable Sources" newsletter … And subscribe here to receive future issues in your inbox …
– As expected, Tim Ryan announced his 2020 offer on "The View" on Thursday. Who is next? Well, Eric Swalwell is on "The Late Show with Stephen Colbert" next week … (The Atlantic)

– Last night I wrote about Anna Palmer and Jake Sherman's upcoming book "The Hill to Die On". Politico will release a piece on Friday … And NBC says the authors will begin the TV launch on Sunday's "Meet the Press …" program.

Waiting and waiting for the Mueller report …

Maybe there should be a "number of days" of the clock on the screen?

At MSNBC, Chris Hayes noted that "demonstrators across the country are demanding" the full disclosure of the report. The track on his show said: "The first team leaks from Mueller reveal frustration with Barr's synopsis."

The NYT was the first with this news on Wednesday night. CNN and other establishments have already matched that. The WaPo calls this "a new phase in the almost two-year battle over research in Russia."

Later in the evening, a banner on Lemon's program said, "All this could be solved if we could see Mueller's report …"

→ What will happen on Friday? "Sooner or later, we'll learn a lot more," said Ken Dilanian of NBC's "The Last Word …".

Stephen Colbert is not surprised. Not many and many critics of Trump. Colbert said on Thursday "Late Show", "Last night the NYT revealed that some Mueller team investigators say the Mueller report was more damaging to Trump than Barr revealed." Audience members "Yes," Colbert said. "That was in The New York Times. But it was also the cover story of NO DUH magazine."

Today in the memes wars …

Madison Malone Kircher, of NYMag, put it this way: "The leader of the free world tweeted a manipulated video of Joe Biden caressing himself." Truth. "And that did not pay much attention," Josh Dawsey of WaPo tweeted Thursday night. Also true. The NYT decided to put Trump v. Biden on the front page of Friday, however … Annie Karni's excellent story said that "tweet and video looked like a typical partisan joust except for the fact it was issued by a president accused by more than a dozen of women of sexual misconduct and aggression … "