How the Universe Stopped Making Sense 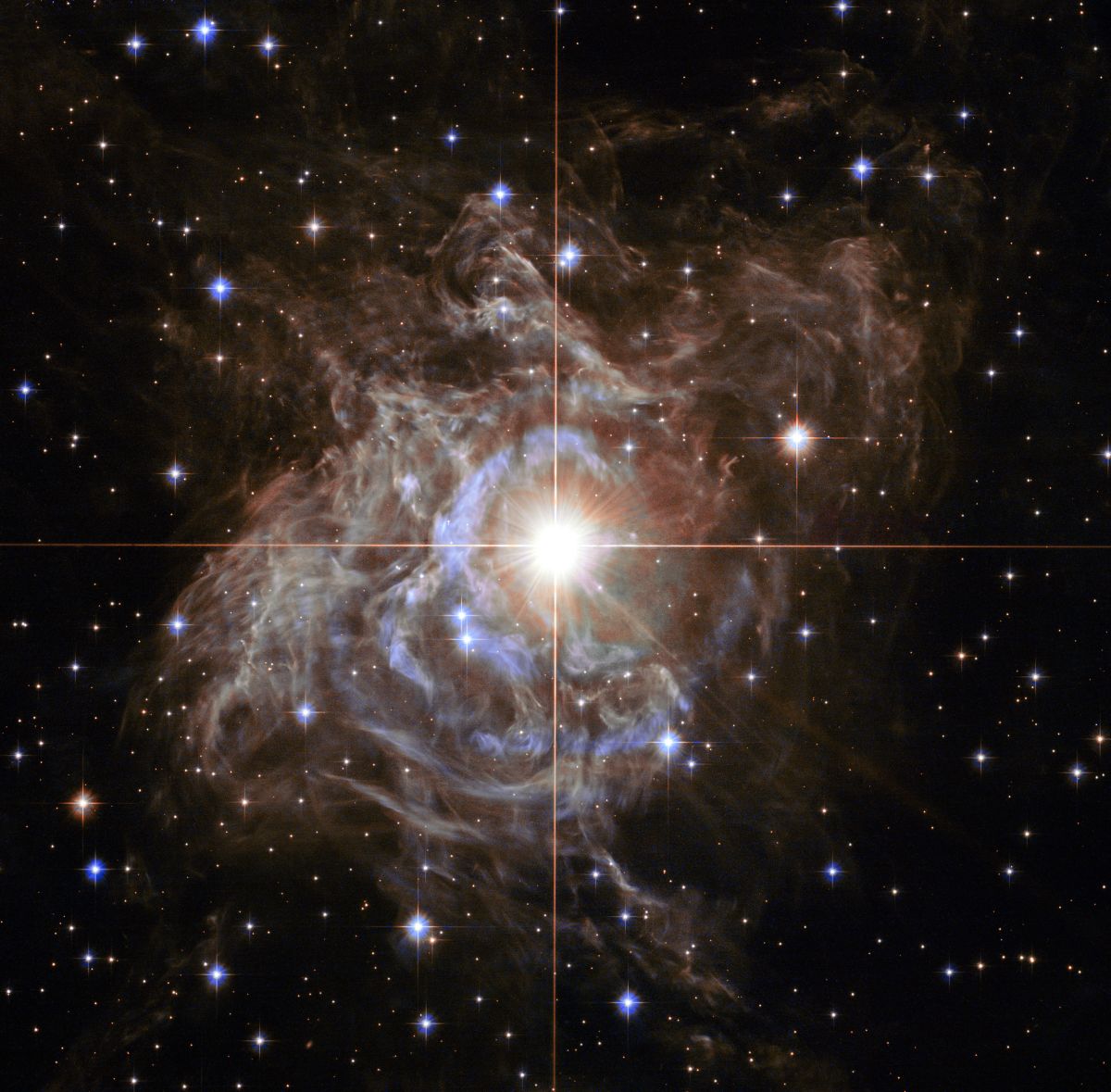 We're getting something wrong about the universe.

It might be something small: a measurement issue that makes certain stars looks closer or farther away than they are, something astrophysicists could fix with a few tweaks to how they measure distances across space. It might be something big: an error – or series of errors – in cosmology, or our understanding of the universe's origin and evolution. If that's the case, our entire history of space and time may be messed up. But whatever the issue is, it's making key observations of the universe disagree with each other: Measured one way, the universe appears to be expanding at a certain rate; measured another way, the universe appears to be expanding at a different rate. And, as a new paper shows, those discrepancies have gotten larger in recent years, even the measurements have gotten more accurate.

"We think that if our understanding of cosmology is correct, then all of these different measurements should be giving us the same answer," said Katie Mack, a theoretical cosmologist at North Carolina State University (NCSU) and co-author of the new paper. .

Related: From Big Bang to Present: Snapshots of Our Universe Through Time

The two most famous measurements work very differently from one another. The first relays on the Cosmic Microwave Background (CMB): the microwave radiation leftover from the first moments after the Big Bang. Cosmologists have built theoretical models of the entire history of the universe on a CMB foundation – models they are very confident in, and would require an all-new physics to break. And taken together, Mack said, they produce a reasonably accurate number for the Hubble constant, or H0, which governs how fast the universe is currently expanding.

The second measurement uses supernovae and flashing stars in nearby galaxies, known as Cepheids. By gauging how far those galaxies are from our own, and how fast they are moving away from us, astronomers have gotten what they believe is a very accurate measurement of the Hubble constant. And that method offers a different H0.

Weikang Lin, also a cosmologist at NCSU and lead author of the paper, said to develop a full picture of the problem, the team decided to round up all the different ways of "building" H0 in one place. The paper has not yet been formally peer reviewed or published, and is available on the preprint server arXiv.

Here's what "constraining" means: Measurements in physics rarely turn up exact answers. Instead, they put limits on the range of possible answers. And by looking at these constraints together, you can learn a lot about something you're studying. Looking through a telescope, for example, you might learn that a point of light in space is either red, yellow or orange. Another might tell you it's brighter than most other lights in space but less bright than the sun. Another might tell you it's moving across the sky as fast a planet. None of those constraints would tell you much on their own, but taken together they suggest you're looking at Mars.

Lin, Mack and their third co-author, NCSU graduate student Liqiang Hou, looked at the constraints on two constants: H0, and something called the "mass fraction" of the universe, denoted as, which tells you how much of the universe is energy, and how much is matter. Many measurements of H0 also constrain, Lin said, so it's useful to look at them together.

That produced this colorful plot:

The stretched magenta oval labeled WMAP is the range of possible mass fractions and Hubble constants that used to be based on a major past NASA study of the CMB, known as the Wilkinson Microwave Anisotropy Probe. The yellow column labeled CV SN (short for "Cepheid-Calibrated Type-Ia Supernovae") refers to the Cepheid-supernova measurements, which do not constrain the mass fraction of the universe, but constrain H0. The red bar labeled SN P (short for "Type-Ia Supernovae Pantheon") is a major constraint on the mass fraction of the universe.

You can see that the edges of WMAP and CV SN overlap, mostly outside the red bar. That was the picture of the discrepancy a few years ago, Mack said: Significant enough to worry that the two measurements were turning up different answers, but not so significant as to render them incompatible with a little tweaking.

But in recent years there has been a new measurement of the CMB from a group called the Planck Collaboration. The Planck Collaboration, which released its latest dataset in 2018, put very strict constraints on the mass fraction and expansion rate of the universe, denoted by the black sliver on the plot labeled Planck.

Now the authors wrote, two wildly different pictures of the universe emerge. Planck and WMAP – along with a range of other approaches to constraining H0 and Ωm – are all more or less compatible. There's a place on the plot, in the circle of white dashes, where they all allow for similar answers for how fast the universe is expanding and how much of it is made of matter. You can see that almost all the shapes on the plot pass through that circle.

But the most direct measurement, based on actually studying how far away things are in our local universe and how fast they are moving, doesn't agree. The Cepheid measurement is way out there on the right, and not even its error bars (the faint yellow bits, denoting the range of likely values) pass through the dashed circle. And that's a problem.

"There's been a lot of activity in this area just in the last several months," said Risa Wechsler, a cosmologist at Stanford University who wasn't involved in this paper. "So it's really nice to see everything summarized. Framing it in terms of H0 and Ωm, which are fundamental parameters [of the universe], is really clarifying. "

Still, Wechsler told Live Science, it's important not to jump to any conclusions.

"People are excited about this because it could mean that there is new physics, and that would be really exciting," she said.

It's possible that the CMB model is just wrong in some way, and that's leading to some sort of systematic error in how physicists are understanding the universe.

"Everyone would love that. Physicists love to break their models," Wechsler said. "But this model works pretty well so far, so my prior is that there is to be pretty strong evidence to convince me."

The study does show that it would be difficult to match the Cepheid measurement from the local universe with all the others by introducing just a new piece of physics, Mack said.

It's possible, Mack said, that the supernova-Cepheid calculation is just wrong. Maybe physicists are measuring distances in our local universe wrong, and that's leading to a miscalculation. It's hard to imagine what that miscalculation would be, though, she said. Lots of astrophysicists have measured local distances from scratch and have come up with similar results. One possibility the authors raised is just that we live in a weird chunk of the universe where there are fewer galaxies and less gravity, so our neighborhood is expanding faster than the universe as a whole.

The answer to the problem, she said, could just be around the corner. But more likely it's years or decades away.

"It's either new in the universe or it's something we don't understand about our measurements," she said.

Wechsler said she would bet on the latter – that there is probably something not quite right about the error bars around some of the measurements involved, and that once those are solved the picture will fit together more nicely.

Coming measurements might clarify the contradiction – either explaining it away or heightening it, suggesting a new field of physics is necessary. The Large Synoptic Survey Telescope, scheduled to come online in 2020, should find hundreds of millions of supernovae, which should vastly improve the datasets astrophysicists are using to measure distances between galaxies. Eventually, Mack said, gravitational wave studies will get good enough to constrain the expansion of the universe as well, which should add another level of precision to cosmology. Down the road, she said, physicists might even develop instruments sensitive enough to watch objects expand away from one another in real time.

But for the moment cosmologists are still waiting and wondering why their measurements of the universe don't make sense together.