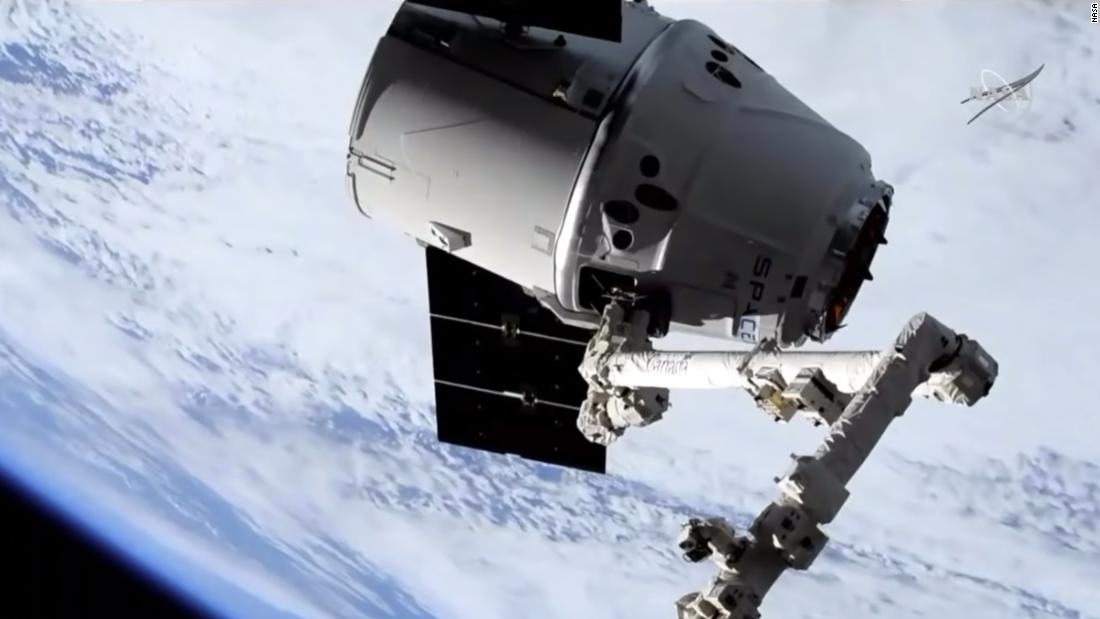 They helped control a giant robotic arm to capture the spacecraft carrying 5,500 pounds of research, crew material and hardware, according to the NASA International Space Station blog.

It was released from Florida two days ago.

The space station's expedition 59 began in March and ends in June.

Its crew includes six astronauts: three Americans, one Canadian, one Russian and one from Turkmenistan.