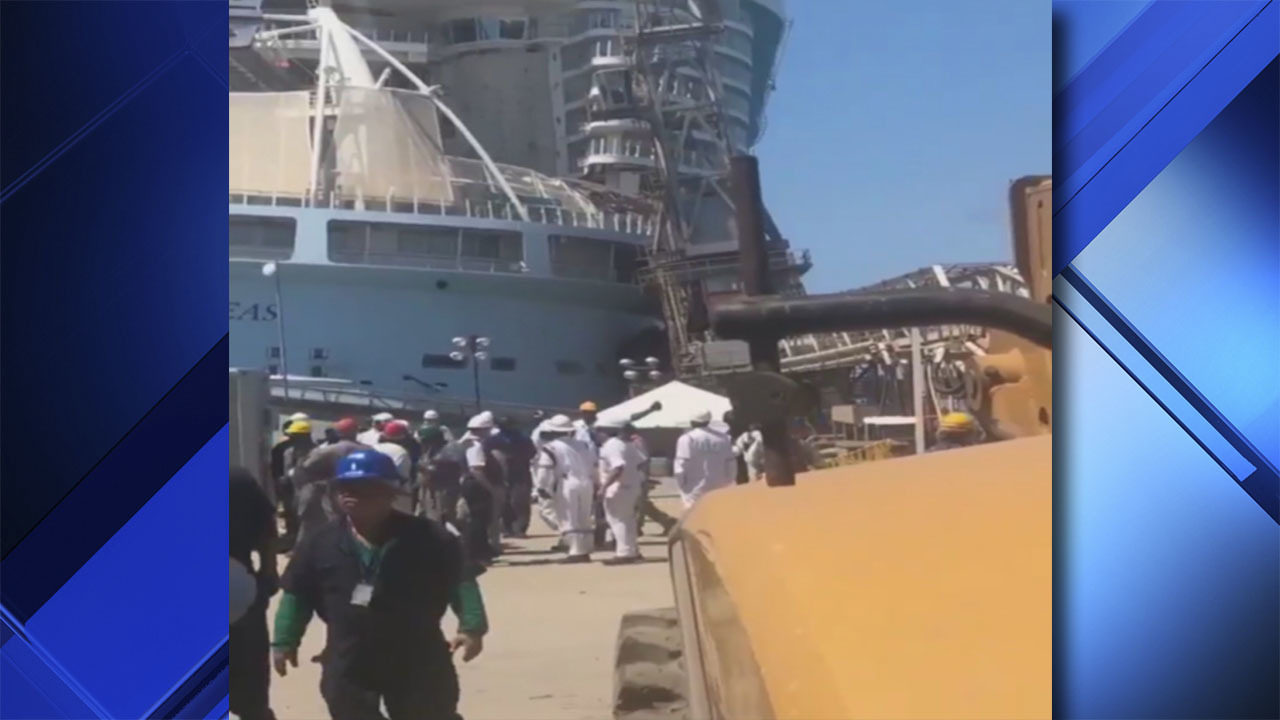 FREEPORT, BAHAMAS – A large construction crane crashed into a Royal Carribean cruise ship on Monday while the ship was in dry dock in the Bahamas.

Eight people were injured in the accident, but none of the injuries are considered life-threatening.

Video from the Great Bahamas shipyard, near Freeport, shows the crane standing next to the company's Oasis of the Seas.

As the ship was out of service and in dry dock, no passenger was on board. However, it was not immediately known how many construction workers could have been on the ship when the accident occurred.

"We are responding to an incident at a construction site at the Great Bahamas shipyard, where Oasis of the Seas is currently in dry dock," the company said in a statement. "From 1:45 p.m. onwards, we are reviewing the whereabouts of all local personnel and working with local authorities to determine if there has been any injury, we are aware of damage to the dock structure and the construction cranes.

Police or our teams on the ground can confirm that someone has been injured … pic.twitter.com/mQ6QXYa3Hw
– Bahamas Press (@ Bahamaspress) April 1, 2019

According to the ship's itinerary, Oasis of the Seas, which leaves Port Canaveral, has finished its last passenger cruise on Sunday. It was scheduled to be moved to Miami for fall / winter time.

One of the largest ships in the world, Oasis of the Seas was news in January, when it was forced to return to Florida after almost 300 guests and crew were hit by a norovirus outbreak.