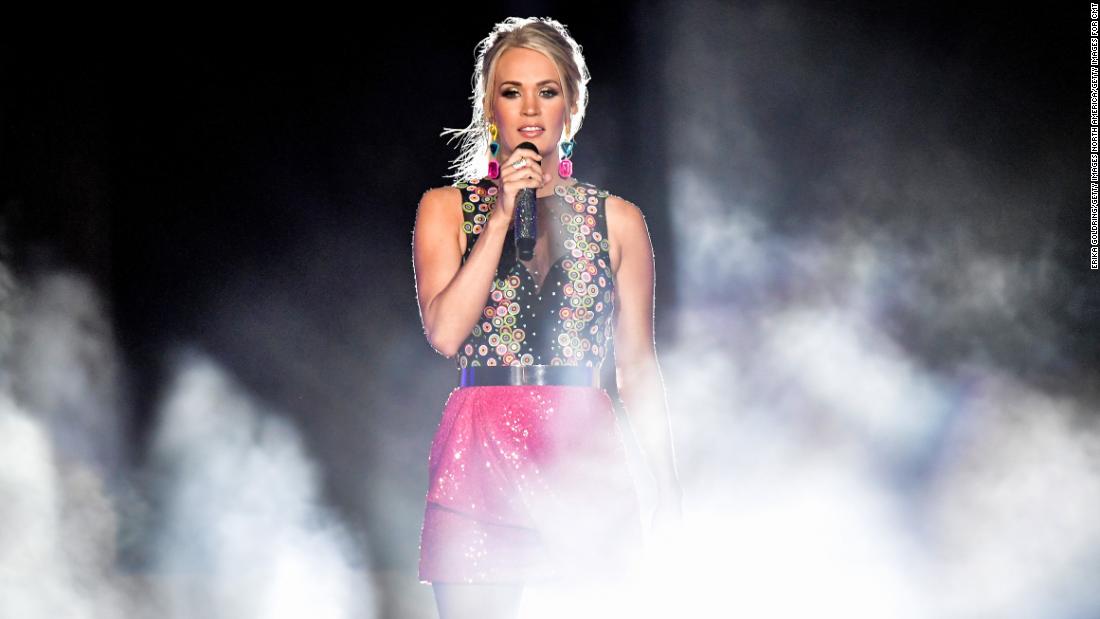 Singer Heidi Merrill and three songwriter collaborators filed suit in federal court in Manhattan, claiming she created a song in 2016 called "Game On" and released it to Underwood producer Mark Bright who broadcast it.

Merrill claims that Underwood's "Game On," which was played during the opening of "Sunday Night Football" in 2018, is a direct copyright infringement of the music she sent to the country country team a year earlier.

"This is a blatant attempt by a celebrity singer to steal the work of other artists, and that will not be tolerated," Merrill's lawyer Sam P. Israel told CNN. "It is indefensible to steal music created by hard-working composers and then transmit that theft on national television."

A NBC Sports representative said the network did not comment on pending litigation.

CNN contacted Underwood and the NFL.

Below is Merrill's song, which the action says she sent to YouTube in 2017.

This is Underwood's "Game On" of "Sunday Night Football" last year.

The suit asks for unspecified damages to be determined at trial.