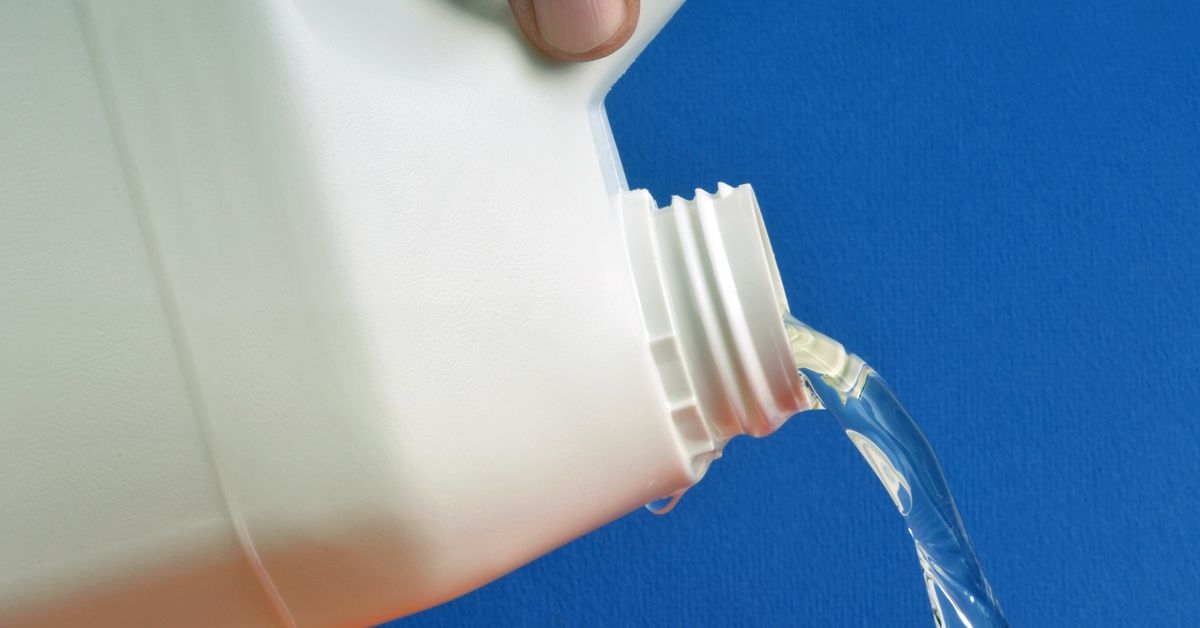 Like many autistic people, I do not handle background noise well. My senses and brain can not separate it from any other sound. It's as loud as, if not loud, what I'm trying to hear. And the effort required to try to deal with this problem while concentrating often makes me frustrated and exhausted.

I have been experiencing a lot this lately regarding information, specifically around news stories that present a terrible combination of anti-science panic or pseudoscience and autism. Whenever I see a story about a measles outbreak, or a headline such as "False science led a mother to bleach her autistic children – and the police did nothing to stop her," I feel the same sense of oppression and panic "And I'm so unable to turn it off."

While there are many reasons why parents choose not to vaccinate their children, the American anti-vax movement is fed in part by privileged white people who have bought conspiracy theories about the risks of vaccines, one of the most widespread being that vaccines cause autism. Meanwhile, we are facing a measles outbreak – 971 cases registered by May 30, to be exact – is the worst the country has seen in nearly three decades. It is a worldwide trend, too, prompting the World Health Organization to declare vaccine resistance one of the top 10 health threats this year.

Then there is another kind of story I continue to see: the largely subterranean phenomenon of parents who use everything from turpentine to urine in an effort to "cure" autism of children. NBC News recently published an exposé on the dangerous and very common practice of administering oral and anaerobic bleach treatments to autistic children. In March, an ad watchdog organization in the United Kingdom ordered 150 homeopaths to stop claiming that they could cure autism through treatments such as giving children up to 200 times the maximum recommended dose of vitamin C. Amazon recently stopped selling books which promote bleach as a treatment or cure for autism.

None of this news is a surprise to me. I am aware of vaccine-related conspiracy theories related to autism since I am officially aware that I am autistic.

Many of these myths flourished during the social media era. Emma Dalmayne, an autistic advocate for autistic children, has discovered online groups dedicated to false cure of autism in 2014 and has been working to expose them ever since. These groups have been operating under the radar for years, so it's hard to trace their origin or how they spread. But the treatment most of them do – a sodium chlorite formula known as the "Miracle Mineral Solution," which produces chlorine dioxide when used as directed – can be traced back to The Miracle Mineral Solution of the 21st Century, a self-published book by former scientologist Jim Humble in 2006.

Humble and his followers have pushed MMS as a cure for everything from HIV to the common cold. Now a subset of desperate parents who have convinced themselves that autism is caused by toxins or parasites believes they can clean their autistic children by giving them MMS enemas, forcing the solution to swallow the throat or putting it in their baby bottles.

This news is not at all terrible. The anti-vax situation has become disappointingly worse since I first wrote about the impact of the movement on autism four years ago. But the public's awareness is also of anti-vax narratives and false cures for autism.

Still, all of this contributes to and contributes to the constant reminder that people are still ignorant and fearful about autism. It is painful on a personal level. To be constantly reminded that one part of the world would rather risk public health crises or tap water into the holes of their terrified children than to love or love someone like you can not help but grieve a person. But what really bothers me is that innocent people are being threatened and abused based on what is little more than overly simplistic and alarmist fiction. Autism that terrifies these parents and guardians is as divorced from the realities of autistic life as its methods are from real science.

Autism is not a monstrous destiny

When not being caricatured in shows produced largely by and for non-autistic people, such as The good doctor and O Big Bang TheoryAutism is often characterized as a horrible way of living. We cost a lot to increase. We destroyed marriages, even if the statistics surrounding our alleged house-destroying powers were invented. A 2009 Autism Speaks commercial, directed by Oscar winner Alfonso Cuarón, said that autism makes it "virtually impossible for your family to easily attend a temple, birthday party or public park without struggle, without embarrassment, without pain." since it was pulled, but the feeling remains.

If I had not had a lifetime of experience with autism, I might be afraid of these constant messages of disgrace as well. How can we expect people to react to the possibility of loving and caring for an autistic person rationally when the stories that this world tells us are irrational? Our society will not make any significant progress against the anti-vax or snake oil healing movements, unless we change the way we talk about autism.

I'm not saying we should give a brilliant public relations campaign. Autistic people may face significant challenges as a result of our neurology and lack of understanding and acceptance. We – and our care partners, for those who need them – are desperate for better services and more financial and emotional support to help us exist in a world that has not been built for people like us. Even the most privileged among us face a suicide rate nine times higher than the general population.

Just because autistic life can be difficult does not mean it is worse than a death sentence. We have bad days, but good and neutral days too. We are human beings and our lives have value. We do not have to avoid or eradicate at all costs; we need better services and better public education than we have now.

We are people, with all the complexity of the human experience involved, not an impending boggart. Treating ourselves as such could be a much more powerful weapon against anti-science conspiracy theories than any other statistic.

Sarah Kurchak is autistic from Toronto. Your first book I overcame my autism and all I got was that bad anxiety disorder, leaves in April of 2020.

First person is the home of Vox for compelling and provocative narrative essays. Do you have a story to share? Read our submission guidelinesand throw us in [email protected].