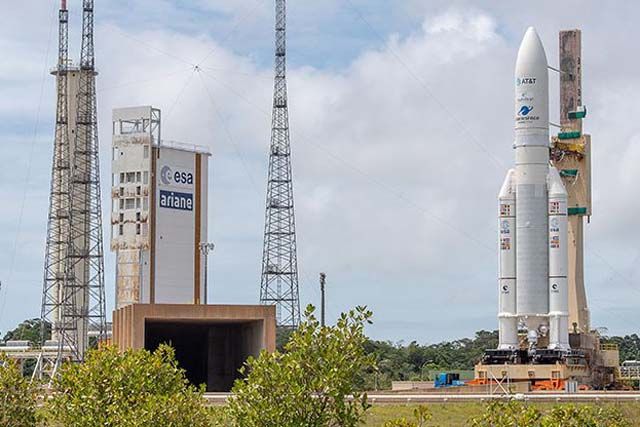 The Ariane 5 rocket is scheduled to take off from the Guyana Space Center in Kourou, French Guiana. 5:43 p.m. Edt (2143 GMT). A live webcast of the mission will begin approximately 15 minutes before takeoff. You can watch here at Space.com or directly via Arianespace YouTube.

For this mission, Arianespace will launch the T-16 (also known as DirecTV 16) satellite for AT & T, and the Eutelsat 7C satellite for Paris-based Eutelsat Communications, according to Arianespace. mission description.

DirecTV 16 will provide high-power broadband television services in all 50 US states and Puerto Rico. The spacecraft, which was built by German contractor Airbus Defense and Space, will operate on Ku- and Ka-band frequencies.

The second satellite, the Eutelsat 7C, will also provide television broadcast services, but in Africa, Europe, the Middle East and Turkey. This satellite was built by SSL, a subsidiary of California-based Maxar Technologies.

After the Ariane 5 hits space, DirecTV 16 will be the first satellite to separate from the rocket's upper stage. This separation is scheduled to occur 27 minutes and 43 seconds after takeoff. Eutelsat 7C will separate 33 minutes and 59 seconds after launch.