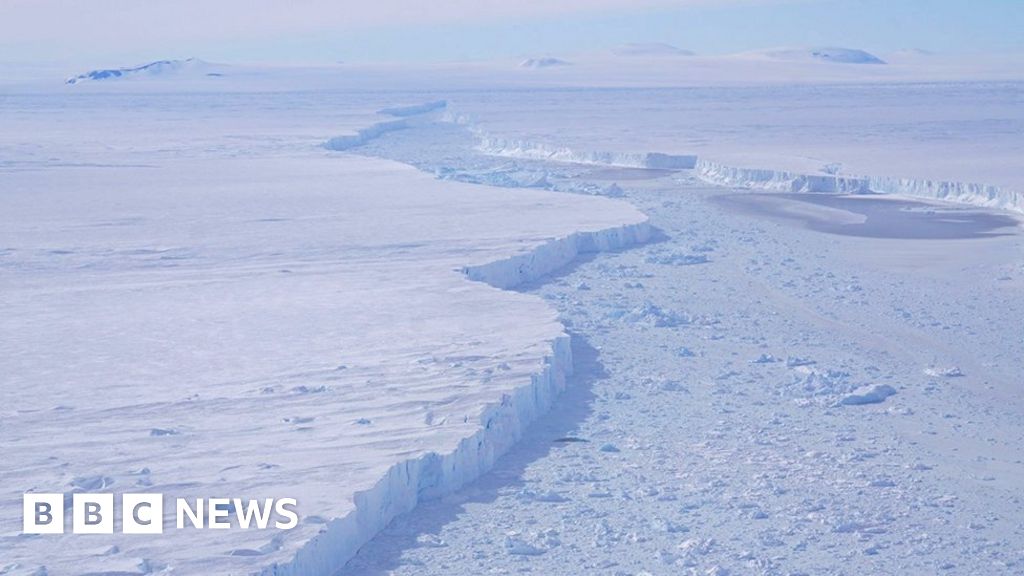 This week scientists analyzed for the first time the great new iceberg of the Pine Island Glacier (PIG) ​​breakwater in Antarctica.

The block, which has the designation B-46, initially covered 225 square kilometers.

Given the fashion in recent years of comparing these icebergs with the area of ​​Manhattan Island, this would have made this three times the size of the famous New York district.

But NASA's flyby on Wednesday shows the iceberg is already separating.

The US space agency DC-8 was on a routine expedition as part of the IceBridge project, which measures the elevation of ice surfaces with a laser.

Researchers on board were able to point their cameras out of the aircraft windows and capture some of the scale and beauty of the frozen scene below.

PIG drains a vast area of ​​West Antarctica which is roughly equivalent to two-thirds of the area of ​​the United Kingdom. The glacier regularly runs large pieces of its floating front, or platform, which pushes towards the Amundsen Sea.

This particular berg came out in October and was first noticed by satellites.

The production of icebergs on the front edge of an ice shelf is part of a very natural process.

It's like a system of glaciers like Pine Island maintains balance: the ejection of iceberg inevitably follows the accumulation of snow inside.

That said, the PIG is under strict scrutiny because it has shown evidence of thinning and acceleration.

The name of the new iceberg comes from a classification system conducted by the US National Ice Center, which divides Antarctica into quadrants.

Quadrant A covers the Amundsen Sea sector and this block is the 46th in the series. It – and all major secondary blocks – will need to be tracked because of the potential risk of shipping.