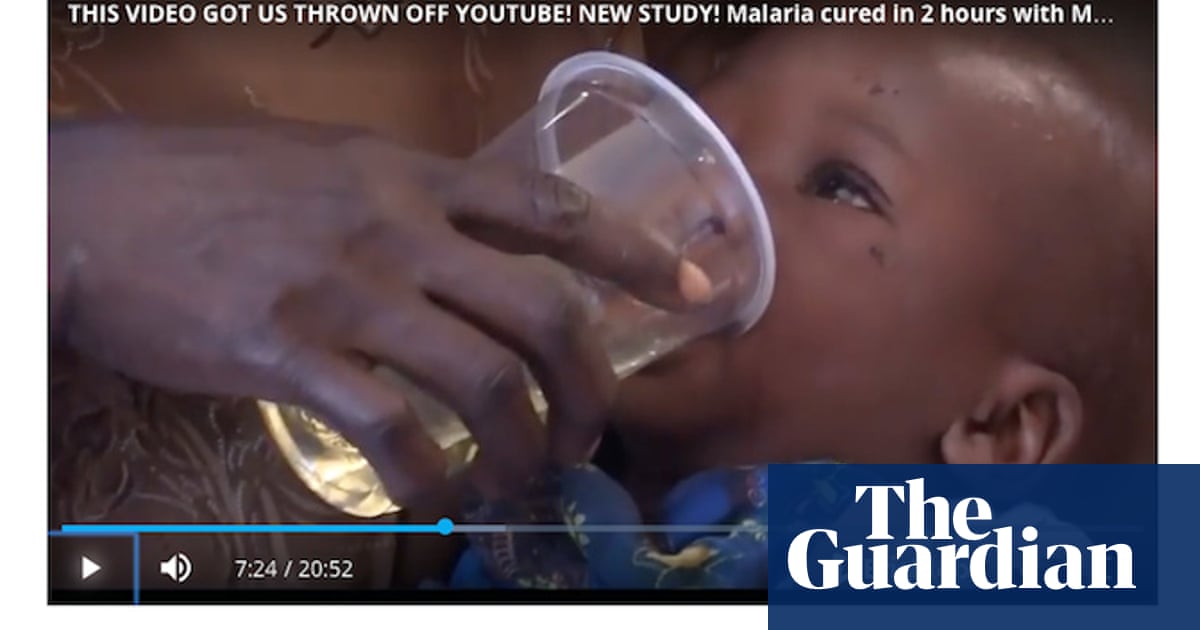 A group called Genesis II's Church of Health and Healing plans to gather at a resort hotel in Washington state on Saturday to promote a "miracle cure," which aims to cure 95% of all illnesses in the world by making adults and children, including babies, drink industrial bleach.

The group is inviting members of the public through Facebook to participate in what they call "effective alternative healing" at Icicle Village Resort in Leavenworth on Saturday morning. Event organizer Tom Merry published the event on his personal Facebook page telling people that learning how to consume the bleach "could save his life, or the life of a loved one who was sent home to die."

The "church" is urging meeting participants to "donate" $ 450 each, or $ 800 per couple, in return for joining the organization, as well as bleach packages, which they call "sacraments." The chemical is referred to as MMS, or "miracle mineral supplement or solution," and promises participants that they will "acquire the knowledge to help heal many people from the terrible diseases of this world."

In fact, MMS consists of chlorine dioxide, a powerful bleach that is used both in textiles and in the industrial treatment of water. It has been banned in several countries around the world for use as medical treatment.

In the US, the chemical can not be sold for human consumption. In 2010, the US Food and Drug Administration issued a public warning after being notified of many injuries to consumers by drinking the liquid, with symptoms that included nausea, vomiting, diarrhea, severe dehydration, and a person which had a life threatening reaction.

The FDA issued the blunt advice: "Consumers who have MMS should stop using it immediately and throw it away."

An FDA spokesman told the Guardian that the agency could not comment on possible civil or criminal actions but added: "The FDA continues to advise consumers on the dangers of the Miracle Mineral Solution and the agency has issued notices to consumers about the Decade last."

The main attraction of Saturday's event at Leavenworth is Mark Grenon, a self-appointed "bishop" of the Genesis II Church. He is the author of a book entitled Imagine a world without disease: is it possible?

In a video posted on the church's website, Grenon says the "sacramental protocols" sold by the group can eliminate 95 percent of the world's diseases, including malaria, ewes, dengue, all types of cancer, diabetes, autism, and HIV. and multiple sclerosis. He sells 4 oz bottles of sodium chlorite as "sacramental cleaning water" for $ 15, giving instructions on how to mix it with citric acid to make chlorine dioxide.

The Guardian contacted Grenon to ask why he was selling industrial bleach described by the FDA as potentially dangerous as a miracle cure but he did not respond immediately.

To promote the event, Merry posted on Facebook a link to a video that aims to show people with malaria being cured within two hours. The video shows a British MMS advocate traveling to a village in Uganda, where he organizes several villagers to receive the "miracle cure."

One of the victims shown in the film is a child lying in the arms of his mother, who is made to drink a cup of bleach. The child screams when the fluid is swallowed.

The Guardian tried to contact Merry and the Icicle Village Resort, but none of them answered.

Fiona O & # 39; Leary, an activist against pseudoscience whose work helped ban MMS in Ireland in 2016, said she was horrified that the Genesis II Church, which she called a "clandestine cult", hosted an event Washington.

"This event is endangering the lives of people, especially children. We need to protect vulnerable people from this dangerous charlatanism, "she said.

This is not the first time that the state of Washington has been fighting a group that discloses MMS. In 2015, Louis Smith of Spokane was convicted in the Eastern District of Washington for selling counterfeit drugs and defrauding the United States. He had sold the MMS through a website called Project GreenLife, having obtained sodium chlorite fraudulently, creating a fake "water purification" business.

He was sentenced to four years in prison.