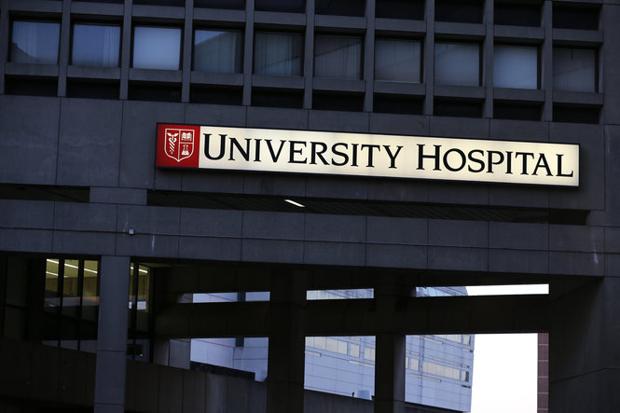 Two more infants who had spent time at University Hospital in Newark died last week, bringing the total to three deaths related to a bacterial outbreak within the neonatal intensive care unit since September, the state Health Department announced Tuesday.

The health department sent an inspection team to the hospital Tuesday after learning University's own infection control program had not been reported two more babies had died.

"A Department survey team is on-site today to investigate the hospital's internal notification policies, governance, and other factors that report to reports of deaths of cases during an ongoing outbreak," according to the announcement.

The cause of death is unclear because these were premature babies with other medical problems, according to the health department's announcement. Two of the infants died after being transferred to other hospitals.

A total of four infants have been exposed to the Acinetobacter baumannii bacteria, a hospital-acquired infection, since September. The two babies who died last week contracted the infection six weeks ago.

Dana Yeganian, a spokeswoman, said the staff "have worked diligently since the Acinetobacter baumannii bacteria was discovered in our neonatal intensive care unit to control the outbreak, and there have been no new cases in the NICU since October. procedures and protocols with our team. "

Hiring the infection control practitioner was part of the "plan of correction" for New Jersey's only public hospital.

The health department first learned about the outbreak and the first child's death from an anonymous employee, Elnahal said.

The state Senate Health, Human Services and Senior Citizens Committee is holding a hearing on the unrelated outbreaks of health care facilities treating children: University Hospital, the Wanaque Nursing and Rehabilitation Center, where 11 children have died, and the Voorhees Pediatric Center where 13 children have been infected but none have died.