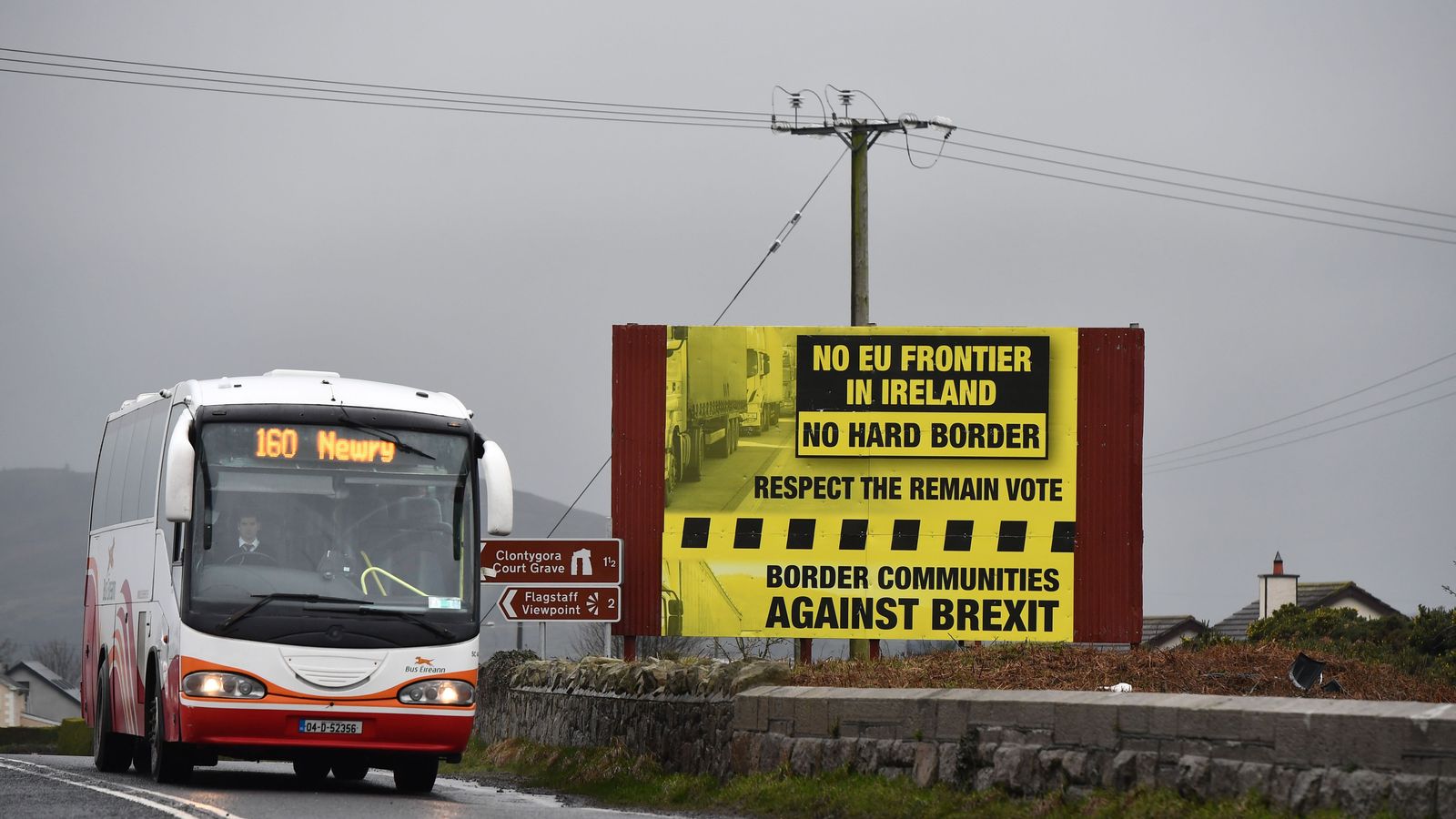 There are many reasons why I do not think there is any chance the prime minister will secure a significant shift to Irish support, certainly not the kind of change with which his Brexiteer members would be content.

Cardinal among them is that many of these same MPs do not seem to really understand what the backstop is and where it came from.

The Irish backstop is the emergency plan for what will happen if the UK and EU do not find solutions to keep the Irish border as open as it is now until the end of the transitional period; currently December 2020.

It is the latest insurance policy for the Irish government, something that allowed Leo Varadkar, the Irish prime minister, to return to his own parliament and voters and say he did not allow the British to leave the EU while leaving Ireland and their countries . frontier communities in potential limbo.

It was, as we are in this, also supported by many in Northern Ireland; Seeing this as the best way to preserve the Good Friday Agreement – save, crucially, to the parliamentary partners of Theresa May, the DUP.

The backstop emerged at the summit of the European Council in December 2017.

Mrs. May agreed to this as a means of moving on to the next round of Brexit talks.

His wing Brexiteer barely made a sound, apparently unconcerned with its logical political implications.

No government minister, including Boris Johnson or David Davis, has resigned.

Instead, they applauded their prime minister for securing the vital progress that many considered impossible and followed his joyous Brexit path.

Nine months later, they suddenly woke up and that changed.

They realized that the corollary of such protection is that if no other arrangement could be reached, we would end up with a "soft" Brexit form by default, with the DUP arguing that it would split Great Britain from Ulster.

This week they forced the prime minister to commit to extracting full control of his withdrawal agreement or making radical changes.

Downing Street and some "tough" MPs from Brexit have suggested that such changes may include; 1) a unilateral exit clause for the United Kingdom; 2) a time limit or; 3) mitigate the backstop completely with technological solutions.

It is at this point that the parliamentarians' understanding seems to diverge from reality for this reason: either would neutralize the backstop as, erm, a backstop.

It would no longer be the insurance policy that was designed to be.

A unilateral exit clause offers no guarantees because the UK would be able to make it comfortable.

Imagine having an insurance policy in which your insurer could choose to depart exactly the moment your home burns.

A time limit, unless it was extremely time-consuming (thereby not sufficiently improving the policy in the eyes of the Brexists), would do the same.

And the Irish doubts about the plausibility of a technological solution were intrinsically linked to the creation of the backstop in the first place.

The reason the Irish asked for their creation is because they did not believe that the UK would be able to craft technology-based or otherwise border solutions in the two years to the end of the transitional period.

The idea that the government may be able to land in two weeks seems remote.

None of the solutions provided by Downing Street or Tory MPs therefore eliminates the need for backstop.

In fact, they confirm – in the minds of the Irish – why it was necessary in the first place.

That is why the EU is not moving.

But perhaps some of the European Research Group (ERG) of Tory Eurosceptics know all this.

They know that the Irish and the EU can not back down, but their vote for the Brady amendment Tuesday night – calling for the withdrawal to be replaced by "alternative agreements" – allows them to say they have tried to negotiate and is the EU's fault has failed.

Downing Street probably knows that too.

My guess is that the number 10 agreed to try to seek change to buy the extra time of two weeks and reduce the time.

Try your best to get as close to March as possible, look at the whites of Labor MPs' eyes – and dare them to vote again on the deal and risk a Brexit without compromise.

That's why, I suspect, Labor party sources at Jeremy Corbyn's office were surprised at how candid Mrs May's insinuations appeared to be at her meeting on Wednesday afternoon.

She knows she's going to need a plan B.

The prime minister discreetly has a two-pronged strategy.

Because, ultimately, Mrs. May certainly threw her last card with her own party.

Tuesday night fit perfectly with the cycle and the rhythms of its premiership.

She gets in trouble, she promises a change to save time, she can not deliver it, so she promises something bigger to buy even more time.

But each time, she leans back into a tighter corner, caught in the quicksand of her own vows.

It is this strategy, after all, that hit the prime minister with the backstop in the first place.

But now there's nothing in the arsenal, no greater promise than Mrs. May could make, and precious little sand left in the hourglass.

So in the end, Brexit will come to a standstill.

Will the Labor MPs, terrified of any deal, split up enough to support Mrs. May's plan?

Or can Labor attract enough Brexiteer Tory members with their own ideas, something potentially similar to the "Norwegian model"?

A senior aide to Mr. Corbyn strove to point out that the official labor opposition amendment, offering a softer Brexit, had 292 votes on Tuesday night.

Much more than the prime minister's plan just over two weeks ago.

They would not need many of Brexit's conservative parliamentarians to back it up if it seemed the government could not afford to do anything.

Could they offer such an agreement – having given up the hopes of a general election because they rightly believe that Mrs. May's raft could divide and sink the Conservative Party itself?

In politics, you should never ask a question if you do not know the answer.

By calling on the EU to move backwards, the prime minister and the ERG leaders have in fact already done so.

But they can beware, because Mr. Corbyn and Labor can have their own answers.