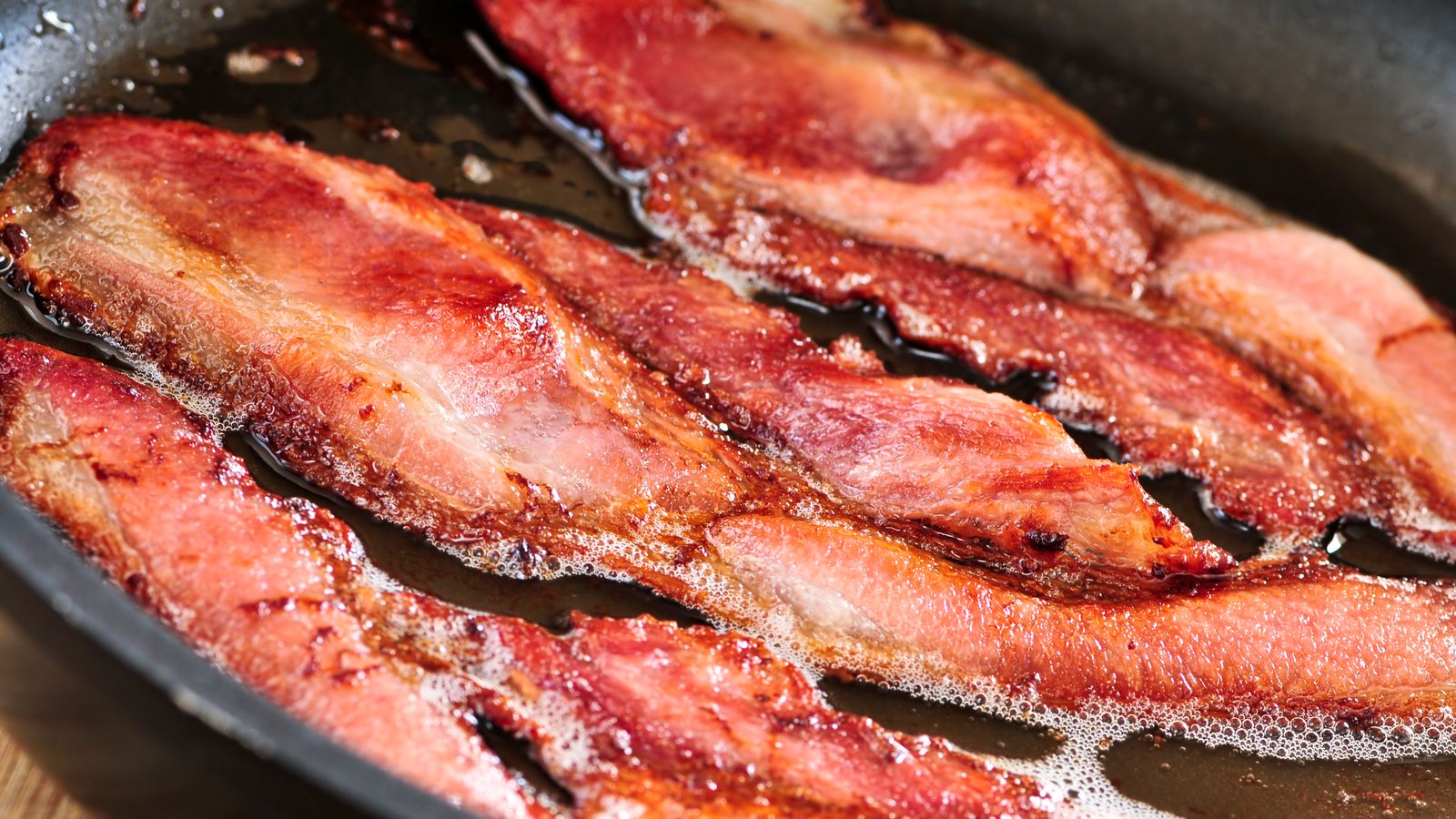 Adhering to NHS guidelines on the amount of red or processed meat that people should eat still increases the risk of bowel cancer by 20%, according to new research.

The study, which was partially funded by Cancer Research UK, published in the International Journal of Epidemiology, examined data from 475,581 people between the ages of 40 and 69 at the start of the study and followed them for an average of 5.7 years.

The Health Department recommends that consumption of things like ham, bacon and red meat should be limited to about 70g per day, which is the average daily consumption in the UK – the equivalent of just over two slices of bacon.

But the new research found that people who consume an average of 76g per day of processed red meat had a 20% higher risk of bowel cancer compared to those who ate 21g per day.

Only for red meat, the risk was 15% higher for people who ate 54g per day (about a slice of roast or a lamb chop) on average compared to those who had 8g per day.

A specialist in cancer and diet at Cancer Research UK, Professor Tim Key, who is co-author of the study and deputy director of the University of Oxford's cancer epidemiology unit, said: "Our results strongly suggest that people who eat red meat and processed four or more times a week have a greater risk of developing bowel cancer than those who eat red and processed meat less than twice a week.

About one in 15 men and one in 18 women will develop bowel cancer during their lifetime.

However, these people have a high fiber intake of bread and breakfast cereal decreasing the risk of bowel cancer by 14%.

Dr. Julie Sharp, head of health information at Cancer Research UK, said, "The government's guidelines on processed and red meat are general health advice and this study is a reminder that the more you can reduce it, the more you can lower your chances. " of developing bowel cancer.

"This does not necessarily mean cutting red and processed meat completely, but you can think of simple ways to reduce how much you have and how often.

"Although the break habits we've had for a long time can be difficult, it's never too late to make healthy changes in our diet.

"You could try to make meat-free seconds, looking for recipes with fresh chicken and fish, or swapping meat for vegetables like beans and lentils in your usual meals."