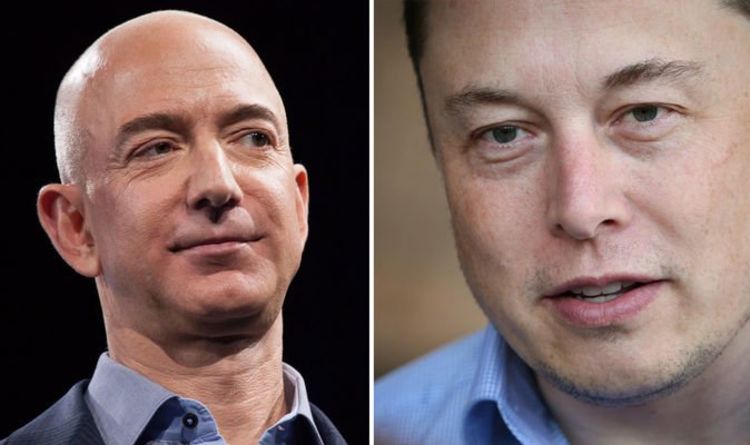 Whoever achieves the goal of creating the first internet space could soon see itself controlling most of the internet traffic on Earth, this monopoly on the flow of data around the world is attractive. SpaceX has named its Starlink space internet plan and issued a statement saying, "Once fully deployed, the SpaceX system will pass through virtually every part of Earth's surface and therefore in principle will have the ability to offer a ubiquitous global service . Each point on the surface of the Earth will see, at all times, a SpaceX satellite. "

The battle for the next generation of satellite communications is heating up, with SpaceX being the top recipient of capital in the first quarter of 2019.

In March, Jeff Bezos's Amazon confirmed that it would soon be a competitor in the race to get a space internet system.

Referring to Amazon's plans to put 3,236 satellites in orbit to provide high-speed Internet to any point on the globe, Blue Origin vice president Clay Mowry said: "We're bringing in a huge vehicle with a lot of capacity."

This week, CNBC reported that Amazon had hired a former SpaceX Starlink executive to lead the Kuiper Project.

SpaceX's former vice president of satellites Rajeev Badyal is joining Amazon's mission after he was fired by Musk in June 2018 after he was frustrated by the slow pace of the project.

The security of the reliable Internet connection is becoming more important in a more connected world.

The small island country of Tonga was offline for almost two weeks in January 2011, after a submarine cable was cut off.

Tonga is lucky to have this connection, since the cost of putting cables in remote places means that only 10% of the planet's surface has terrestrial communication links.

According to the UN, almost half the world's population has never been online.

Musk said earlier that the venture could give the three billion people who currently do not have access to the internet an inexpensive way to connect.

Starlink, by Mr. Musk, is a great enterprise by itself, and many are convinced that everything is for a larger vision; that Mr. Musk hopes to use it to raise money for the Mars program.

It can help fund a future city on Mars.

Helping humanity to reach the red planet is one of Mr. Musk's long-standing goals and was what inspired him to launch SpaceX.