the incredible story of Gorgon Stare 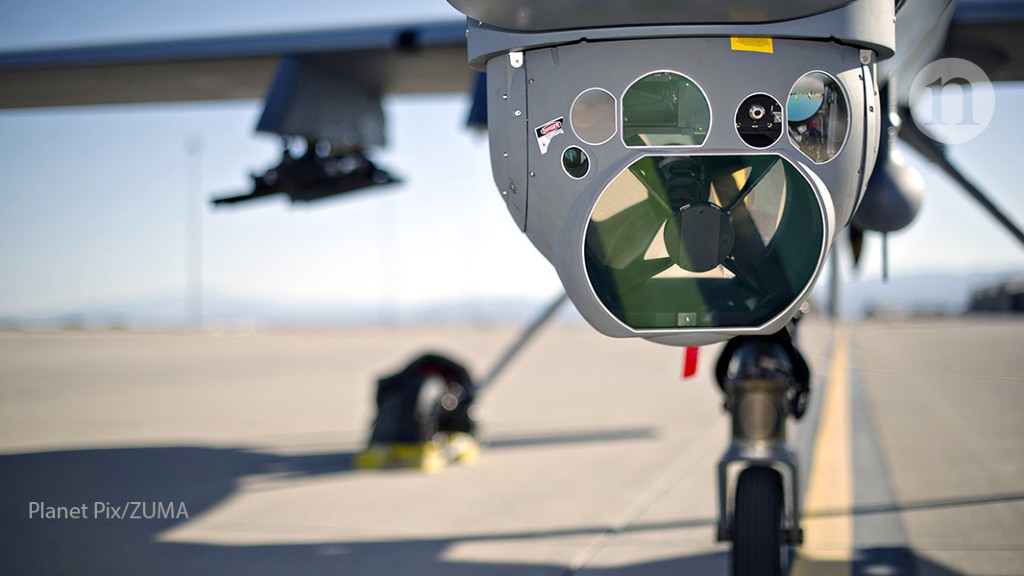 Eyes in the sky: the secret rise of Gorgon's gaze and how he will see us Arthur Holland Michel Houghton Mifflin Harcourt (2019)

In Hollywood thriller 1998 Enemy of the State, an innocent man (played by Will Smith) is chased by a spy agency that uses the advanced satellite "Big Daddy" to monitor every move of his. The film – released 15 years before Edward Snowden sounded the call in a global surveillance complex – reached cult followers.

It was, however, much more than just prescient: it was also an inspiration, even a plant, for one of the most powerful surveillance technologies ever created. So, says technology writer and researcher Arthur Holland Michel in his compelling book Eyes in the sky. He notes that an (unnamed) researcher at Lawrence Livermore National Laboratory in California, who saw the film in its debut, decided to "explore – theoretically at first – how emerging digital imaging technology could be posted on a satellite" to create something like Big Daddy, despite the "nightmare scenario" that triggers in the film. Holland Michel repeatedly remarks this contradiction between the good intentions of military scientists and a technology based on a dystopian Hollywood plot. He traces the development of this technology, called wide-area movement images (WAMI, pronounced "whammy"), by the US military from 2001. A camera with steroids, WAMI can capture large area images in some cases an entire city. The technology had a big chance after 2003, in the chaotic aftermath of the US-led invasion of Iraq, where homemade bombs – IEDs – became the top US and coalition troop killer. Defense officials began asking for a Manhattan project to identify and attack the devices.

In 2006, the film-inspired research was chosen by DARPA, the Advanced Defense Research Projects Agency, in charge of US military innovation (D. Kaiser Nature 543176-177; 2017). DARPA has funded the construction of an aircraft-mounted camera with a capacity of nearly two billion pixels. The Air Force had nicknamed the Gorgon Stare project, after the penetrating looking monsters of classical Greek mythology, whose horrifying appearance turned observers into stone. (DARPA called his Argus program, after another mythical creature: a giant with 100 eyes.)

Some books use highly successful action movies to demonstrate – or exaggerate – the terrifying potential of a technology. On here, Enemy of the State appears repeatedly because it is essential for the development of Gorgon Stare. Researchers reproduce clips of him in his briefings; they compare their technology to Big Daddy (although their camera is so far away only on aircraft, not on a satellite). At one point, incredibly, they consult the company responsible for the aerial footage of the film. (That made me wonder – which government lab is currently building the Star Wars Death Star?)

Holland Michel's book is not the first to look at technologies aimed at achieving omniscience, but it is among the best. Writers who examine the intersection of technology and privacy often repeat well-worn troops, stating that every novelty is the new Big Brother. But Eyes in the sky is that rare creature: a deeply reported and cleverly written investigation that seeks to understand both the implications of a technology and the motivations of its creators. Holland Michel records the tensions between security and privacy without stimulating them. And he gets those responsible for building the WAMI to speak frankly with him – sometimes shockingly. Take, for example, the former US military official who proclaims the "benefits" of India's colonial subjugation (which he bizarrely claims the order created among the country's ethnic groups) to justify mass surveillance in the United States.

This potential for domestic mass surveillance becomes a key point. As the story progresses, WAMI creators are beginning to look for ways to use the technology of the battlefield at home: having built a new hammer, they look for more nails. Here, history takes an even more dystopic course. John Arnold, "a timid multimillionaire," uses his own money to help secretly deploy a WAMI system to help police track suspects in Baltimore, Maryland. Arnold, who funded other "new crime-fighting technologies," first learned about using WAMI overseas from a podcast, and decided to debut in the United States. "Even the mayor was kept in the dark," writes Holland Michel.

Is this our future? A world in which billionaires fund the police to register entire cities from top to bottom? This turnaround in history is less Enemy of the State than bat Man, although it is difficult to know who the hero is. (At least the fictional Big Daddy was funded by Congress, even if its supporters had to kill a stubborn legislator to get the job done.) It's enough to make everyone look for aluminum foil hats, which could be useful to block what Holland Michel warns is coming: infrared image that can detect people inside their homes. WAMI, if deployed above your city, already has the ability to track your daily commute and errands, and allow those who watch you to retrace your steps for days or weeks. To his credit, Holland Michel's interviews with surveillance technologists are reported in context, but without comment, allowing readers to draw their own conclusions. In an underestimated episode, he reveals that – after the Baltimore project was exposed – the owner of the company that built and deployed the WAMI system had "personally" provided gifts to a community organizer. The organizer was working to convince Baltimore residents that a Big Brother born from heaven could be in their best interest.

An unanswered, and perhaps undisputed, question is how WAMI succeeded in its original purpose: to prevent insurgent bombings in Iraq and Afghanistan. Holland Michel is not sure, because the answer is confidential. While the investment in WAMI is "furious and continuous," he notes, "the Air Force has refused repeated requests for even a rough indication of the impact of WAMI on the battlefield."

What we do know is that Afghanistan, one of the most watched countries on Earth, is plunging into chaos. This can not be attributed to WAMI, but indicates that the technology is not the Manhattan Project of today. There are other issues. Focusing on a specific technology, does not Holland Michel have a bigger picture? The most serious threat is government and corporate access to our electronic devices? The answer to both is no, because it also tracks how the combination of WAMI with other sensors, including those on smartphones, will eventually create "a fully fused city," where "there may be nowhere to hide." In the end, Eyes in the sky transcends its title using Gorgon Stare as a window into our future. And this is bleak.

When Gorgon Stare is completed, Michael Meermans, a Sierra Nevada executive (the company in Sparks, Nevada, who built it) wonders rhetorically if the job is over. Of course not. "When it comes to collecting information and creating knowledge," Meermans says, "you can never stop."