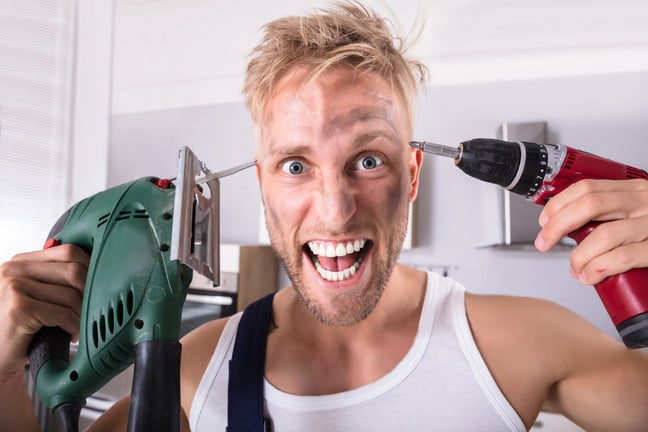 Round up Last week, SpaceX proved that its Crew Dragon abortion engines can work, ISS nauts boarded an EVA to fix their particle physics detector and Looking for Skylab It has a kind of director's cut.

SpaceX has successfully completed a static fire test of engines designed to bring the Crew Dragon capsule to safety in an abortion scenario.

During a similar test attempt in April, the only Crew Dragon capsule that arrived at the International Space Station (ISS) was blown to pieces in the ground. No one was on board or injured by what SpaceX and NASA delicately referred to as "an anomaly."

The April blast was caused by a titanium "ignition event" and SpaceX redesigned things to prevent replay. This time, all went well, as these SuperDracos are needed to keep Crew Dragon away from a failing Falcon 9.

SpaceX intends to demonstrate this same scenario with a sacrificial Falcon 9 in the coming months, before the first manned flight to the ISS in 2020.

The device, launched on one of the space shuttle's final missions in 2011, is failing but should never be repaired in orbit. As such, engineers and astronauts have spent years thinking about how to really deal with machine problems. Simply launching another is not really an option.

During last week's spacewalk, the pair pulled out a cover of debris, pre-positioned materials and handrails mounted in front of the next set of EVAs, when things will get even more serious. The next spacewalk on November 22 will see the nuts cut and label the stainless steel pipes that connect the current cooling system to the AMS. A third space walk will be required to connect a new unit to the side of the instrument before leakage checks can be performed.

Astronauts never had to cut and reconnect fluid lines like these during a spacewalk, adding to the complexity of the procedure.

The robots are coming. With rockets

Rocket Lab has added a robot, dubbed "Rosie", to its manufacturing line in an effort to accelerate production of its electron launcher.

The company estimates that the addition of the helper will increase the frequency of electron production from one every 30 days to one every seven days.

Far from us pointing out that, so far, the company has not yet managed a launch cadence once a month, let alone once a week, so we fear Rosie will soon have a bunch of spare rockets ready. to go.

Those who fear a human android armed with launchers should not worry. Rosie comprises a 3.5m by 16m five-axis machining window coupled to a custom sixth rotary axis. The thing is big enough to machine an entire first stage of Electron. You could, according to the company, "park a bus" on the thing.

We are thinking more about Bertha than Arnold Schwarzenegger.

Rocket Lab's next mission, dubbed "Running Out Of Fingers," has a launch window that will open on November 25 and will take off from the company's Launch Complex 1 in New Zealand.

As Apollo hits the headlines of birthdays, it is worth noting that the 31st anniversary of the Soviets faces a winged orbiter, Buran, launched last week.

Initiated in response to the US Space Shuttle program, work on the project began in the early 1970s with the construction of orbitals (of which only one would fly into space) from 1980. Although visually similar to the US Space Shuttle Buran relied on the disposable energy booster motors to send the probe into orbit. Without having to carry three top space shuttle engineers (SSME), Buran would also have enjoyed greater payload capacity.

If you had flown more than one unscrewed test flight.

After a long series of atmospheric tests using a jet-powered prototype, the first operational probe was launched on November 15, 1988. The broken orbital flew two orbits before successfully landing on autopilot. Another unmanned flight was discussed, as were manned missions, before the money ran out. For all its magic, throwing something at Buran was incredibly expensive compared to the alternatives.

Unfortunately, Buran's flight version was destroyed when the roof of Baikonur's hangar collapsed. The Buran OK-GLI prototype can be seen in Germany at the excellent Technik Speyer Museum.

The independent filmmakers Looking for Skylab refined the documentary of America's first space station, unearthing the audio of astronaut chief Al Shepard, berating the crew for not notifying control of the mission that one of the three, Bill Pogue, vomited into orbit.

Shepard's bollocking in crew air occurs within 1 hour and 12 minutes.

Other welcome improvements were made in the quality of part of the film's material (excluding the 1970s kinescopes) and in the insertion of some additional content, such as an interview with an Esperance farmer who watched the impact of Skylab in 1979.

We took a look at the original cut in March and enjoyed what we saw.

The creator, Dwight Steven-Boniecki, also walked away from the movie and told us, "For me now, personally, the movie no longer has difficult times where I wish I could change it."

Those (like us) who have paid cash for the thing in Vimeo in the past will already have the updated version available. Otherwise, the cost of some beers for admission remains the price for those interested in some of America's almost forgotten space history. ®