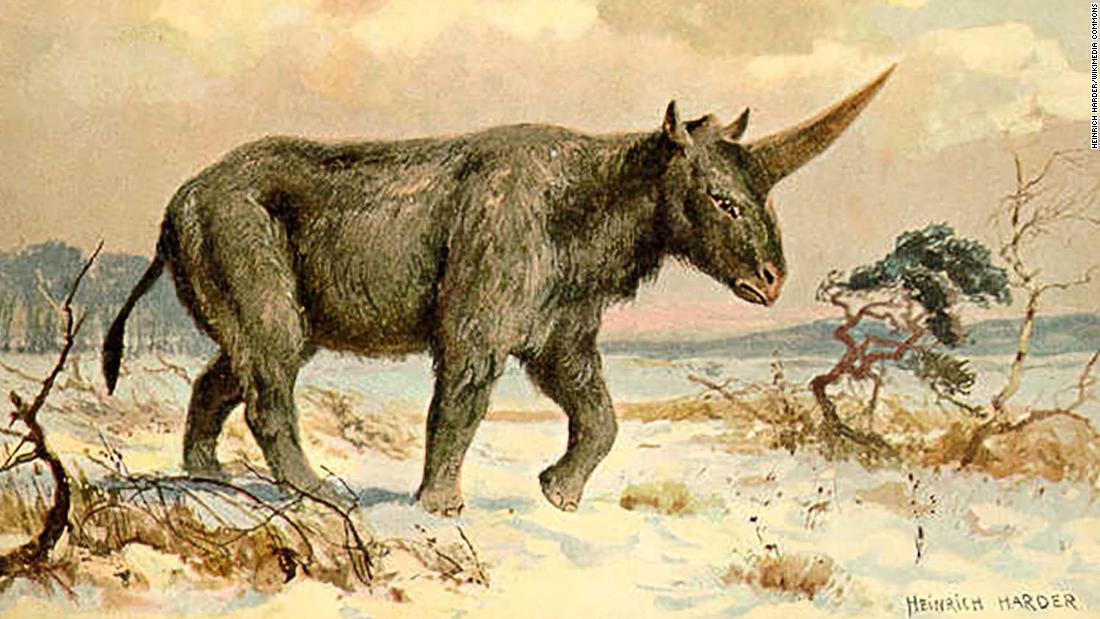 A published study Monday in the journal Nature Ecology & Evolution says that the shaggy creature roamed among humans, surviving in Eastern Europe and West Asia until at least 39,000 years ago, at the same time as Neandertals and early modern humans.

The authors of the report did not respond to a request for comment.

More recent findings have used radiocarbon dating and genetic analysis in 23 specimens of the rhinoceros to reveal the life of the mysterious 3.8 ton Elasmotherium sibiricum, which was thought to have been extinct some 200,000 years ago.

They suggest that the "Siberian unicorn", which would have lived in modern Russia and had reach that stretched to areas of Mongolia, northern China and Kazakhstan, was extinguished due to environmental changes that affected the type of grass and eating grasses, the authors of the study wrote in the conversation.
The animal, whose horn could be up to one meter long, found it difficult to abandon the grass diet, the authors wrote.

"Relatives like the woolly rhinoceros always ate a more balanced variety of plants and were much less impacted by a change in habitat," they wrote.

They added that humans were not the cause of their extinction.

"In addition, the persistently restricted geographic range of Elasmotherium (probably also linked to its specialized habitat), as well as the low population size and low reproductive rate associated with its large body size, would have predisposed to extinction in the face of environmental change" , the authors wrote in the study.

Scientists say the loss of the Siberian unicorn provides a useful case study "showing the little resilience of the rhinos to environmental changes".