Scientists have discovered a second galaxy that contains little or no dark matter, adding further support for the existence of the disconcerting phenomenon

By James Pero for Dailymail.com

Dark matter is the most mysterious and prolific substance known to humans, representing most of all matter in the universe.

That is, except in two discrepant cases recently identified by researchers who say that a dark-matterless galaxy found last year now officially has a mate.

The findings, published by Yale researchers, are based on research done last year that for the first time showed evidence of a galaxy devoid of the majority, if not all, of the dark matter characterized in all galaxies known to the universe. A previously discovered dark matter galaxy has caused a wave across the astronomical community after being announced last year.

The team published the latest findings The Astrophysical Journal Letters.

"We thought every galaxy had dark matter and that dark matter is how a galaxy begins," said Pieter van Dokkum of Yale University in a statement on the discovery last year.

This invisible and mysterious substance is the most dominant aspect of any galaxy. So finding a galaxy without it is unexpected.

"This defies the standard ideas of how we think galaxies work, and shows that dark matter is real: it has its own separate existence as well as other components of galaxies …"

Similar to the first galaxy, a newly discovered twin without dark matter, dubbed DF4, is also what the researchers call an "ultra-diffuse" galaxy, meaning they contain about 100 to 1000 times fewer stars than our own galaxy.

"The fact that we are seeing something that is completely new is so fascinating," said Harvard University professor of astronomy Shany Danieli, who first saw the galaxy two years ago.

"Nobody knew that such galaxies existed, and the best thing in the world for an astronomy student is to discover an object, be it a planet, a star or a galaxy, about which no one knew or even thought."

The discovery of both galaxies is not just a surprising and unprecedented trend, but it cuts the heart of a debate about the existence of dark matter itself – in this case, the discovery represents an important case in the affirmative. 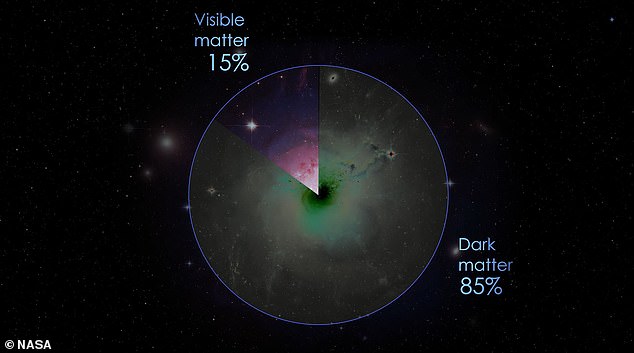 Dark matter is still inexplicable. Some scientists think particles are too small to be observed.

According to scientists, one of the greatest indications of the existence of dark matter – which has never been empirically observed – is that objects at the periphery of our galaxy move at a much faster rate than they should at normal, observable levels. care. 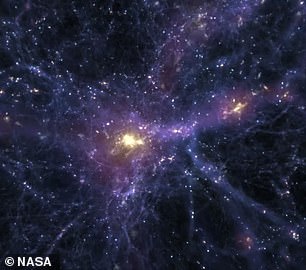 Dark matter, scientists assume, explains the fact that objects on the outer edge of the galaxy move faster than the mass of normal matter dictates.

In newly discovered galaxies, however, researchers note that objects are moving at a rate consistent with the mass of normal matter.

This proves that dark matter is a substance that is not coupled with "normal" matter, since both can be found separately, "the researchers said in a statement.

From here, the teams say they will continue to seek out other galaxies to help strengthen their understanding of the phenomenon and perhaps even unlock some clues to one of the darkest secrets in the universe.

"Our hope is that this will take us a step further in understanding one of the greatest mysteries of our universe – the nature of darkness," Danieli said.

WHAT IS DARK MATTER?

Dark matter is a hypothetical substance that accounts for about 27% of the universe.

The enigmatic material is invisible because it does not reflect light and was never directly observed by scientists.

Astronomers know that it exists because of its gravitational effects on known matter.

The European Space Agency says: Light a torch in a completely dark room, and you will see only what the torch illuminates.

Dark matter is a hypothetical substance that accounts for about 27% of the universe. It is believed to be the & glue & # 39; gravitational force that holds the galaxies together (impression of the artist)

This does not mean that the room around you does not exist.

"In the same way, we know that there is dark matter, but we never directly observe it."

The material is thought to be the gravitational "glue" that holds the galaxies together.

Calculations show that many galaxies would be separated rather than rotated if they were not held together by a large amount of dark matter.

Only five percent of the observable universe consists of known matter, such as atoms and subatomic particles.