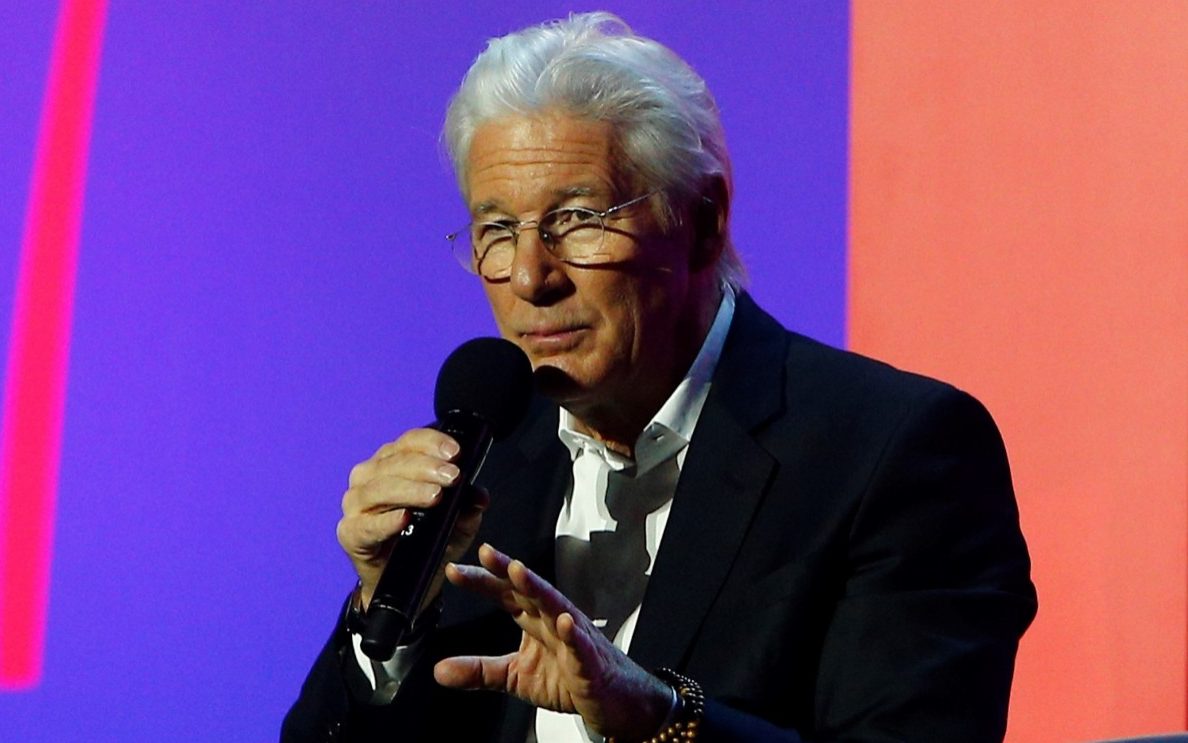 Richard Gere made an unlikely appearance at a star-studded business forum in Moscow, which he described as a "city of light."

The event, on Monday, caused controversy after two female business assistants were offered as a contest prize.

Organizers of Synergy business school said The telegraph that "there should be no information about Richard Gere" in their coverage because of a condition in their contract that allows them "to invite only the Russian press."

Gere, 69, known for roles in films such as Pretty Woman, may have been an unusual reservation as a speaker at the Synergy Global Forum, which also featured MMA fighter Khabib Nurmagomedov, author Malcolm Gladwell, actor Steven Seagal and the robot human Sophia. .

The Hollywood leader told the crowd at the Moscow Olympic stadium, largely about his acting career and Buddhist beliefs.

He urged Vladimir Putin to bring the Dalai Lama, who addressed the Synergy forum last year by video, to Russia.

In the forum, Gere also said that Moscow, which was "dark and repressive" when it first visited in 1989, was now a "city of light" that "looks like a part of Europe." But the Russians must remember that "we are all in the same boat," instead of trying to be the strongest or most important, he added.