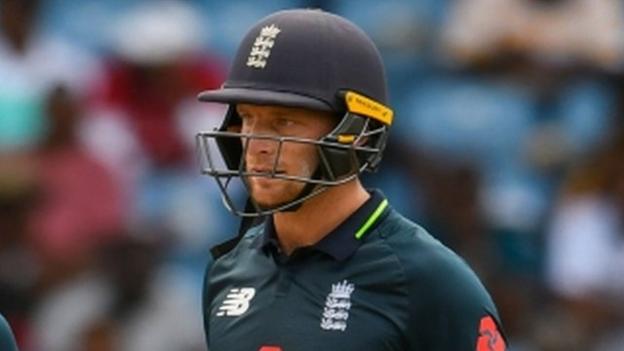 The controversial resignation of Jos Buttler overshadowed the defeat of his side of Rajasthan Real by Kings XI Punjab in the Indian Premier League.

Buttler reacted furiously when he was eliminated by Ravichandran Ashwin for 69.

Former Australian captain Steve Smith was fired by 20 by Englishman Sam Curran on his return to the IPL.

Wicket Smith triggered a collapse of 7-16 as the Royals, chasing 184, dropped 14 runs short.

West Indies batsman Chris Gayle had already beaten 79 in 47 balls for Kings XI before being caught in the middle of England midfielder Ben Stokes, who took 2-48.

Rajasthan made 108 to 11 in the penultimate game when India's Kings XI captain and spinner Ashwin stopped in his bowling action and defeated England's Buttler when he left the field at the end of the non-attacker.

The resignation – known as & # 39; Mankad & # 39; after India player Vinoo Mankad threw away Australia's batter Bill Brown in similar fashion in 1947 – it's within the laws, but there's a debate about whether that's within the spirit of the game.

It's the second time Buttler comes out that way. This happened earlier when he was expelled by Sachithra Senanayake of Sri Lanka at a one-day international event in England in 2014.