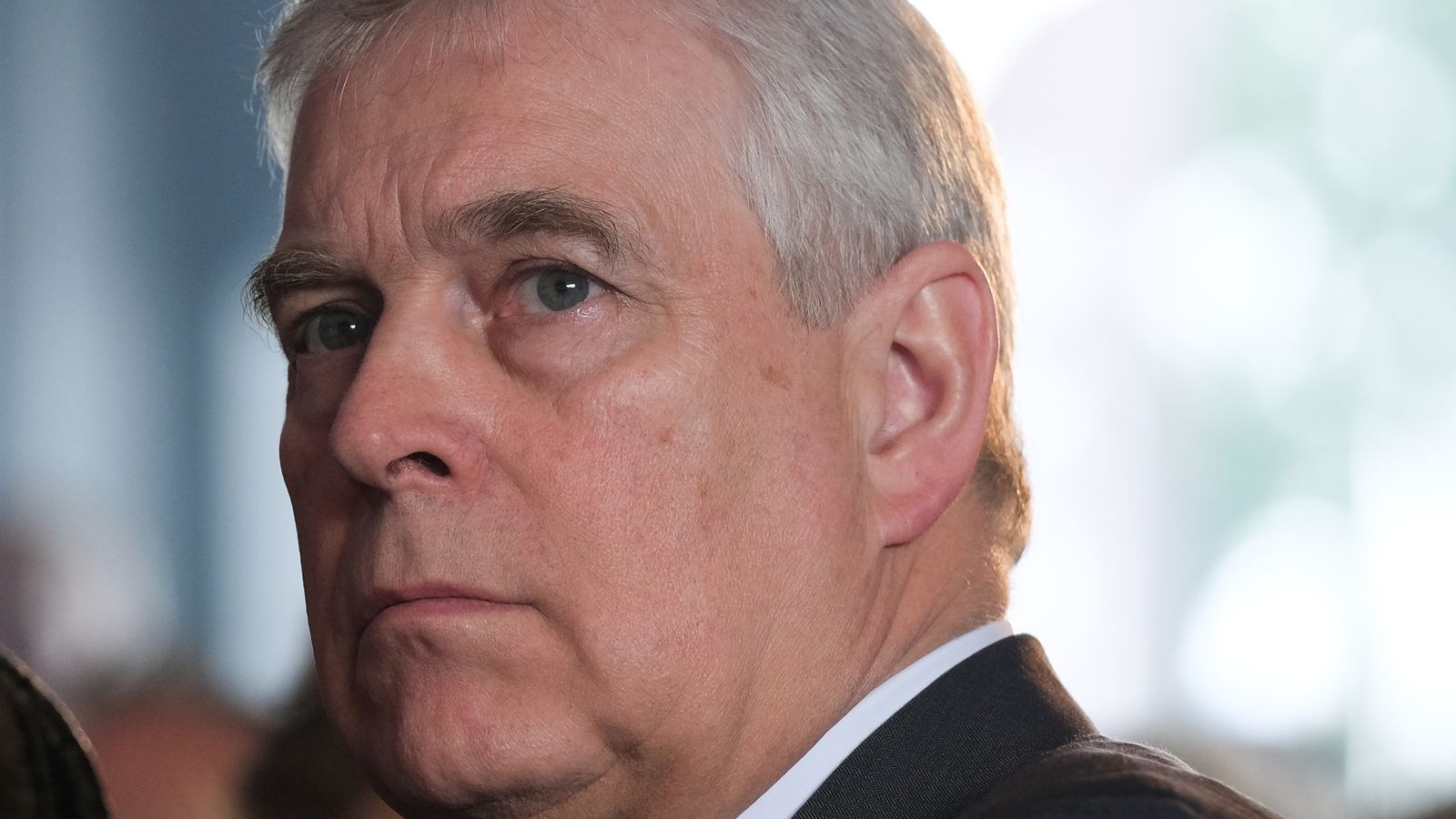 The accounting firm had been a founding partner of the royalty mentoring scheme for entrepreneurs.

The decision to end his sponsorship comes after Prince Andrew was grilled on BBC Newsnight about his links with convicted pedophile Jeffrey Epstein, who died in prison earlier this yearand allegations that he had sex with a 17-year-old girl.

KPMG's sponsorship expired at the end of October and a decision was made not to take over. The company declined to comment.

Another Pitch @ Palace partner, AstraZeneca, said: "Our three-year partnership with pitch @ palace will expire later this year and is currently under review."

In another development, The Outward Bound Trust said it is reviewing Prince Andrew's sponsorship of his charity at an additional board meeting this week.

Sky News correspondent Rhiannon Mills said: "This interview was meant to dispel the scandal involving Jeffrey Epstein – instead it looks like it will have an adverse effect on part of the work he hoped could now focus."

The Duke of York's unprecedented interview on the BBC program was the culmination of years of statements from Buckingham Palace and intended to dispel the growing scrutiny of his relationship with Epstein.

However, it was widely criticized, with viewers and analysts describing the one-hour interview as "disastrous", "excruciating" and "watching a man in the quicksand".

Several have focused on his claim that he was at a Pizza Express restaurant in Woking one night when he is accused of having sex with Virginia Roberts-Giuffre, who says he was trafficked by billionaire Epstein as a teenager and then forced to have sex with him. her friends – including Prince Andrew – when she was 17.

He denied having sex with the teenager during the interview, saying, "I can absolutely categorically say that it never happened."

Royals also said they "have absolutely no memory" of taking a picture with Roberts-Giuffre at Ghislane Maxwell's London home in 2001.

The duke said he traveled to Epstein's New York mansion in 2010 following Epstein's release from prison with the intention of ending his friendship.

But he was criticized for staying at the mansion for what was reported to be four days.

He said: "It was a convenient place to stay … at the end of the day, with the benefit of all the hindsight you could have, it was definitely the wrong thing to do, but at the time I felt it was the right and honorable thing to do. "

According to a Sky News survey, only 6% of audience believes Prince Andrew's explanation of his friendship with Epstein.