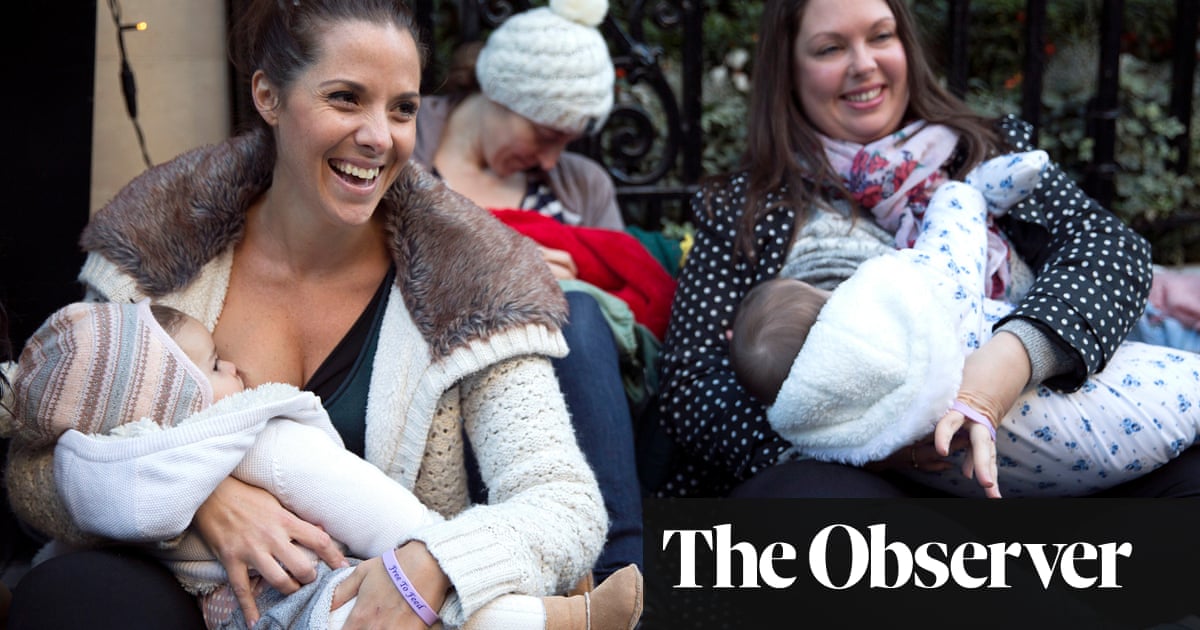 For 60 years, it is the UK charity for prospective parents who need prenatal counseling and breastfeeding support. But last week the National Childbirth Trust (NCT) went into crisis amid bitter arguments about infant feeding and the kind of postnatal support it offers following the abrupt resignation of its president.

Seána Talbot, a volunteer who was twice elected president by the charity's 50,000 base members, resigned earlier this month, saying the charity was being led in a direction she could not support.

In her resignation letter, she accused the NCT executive team of taking the charity out of its primary mission of birth and breastfeeding and to a more general "parental support," with an emphasis on postnatal mental health. He named his first chief executive Nick Wilkie in 2015 and in 2017 launched his first national campaign to combat the underdiagnosis of perinatal mental illness.

"There has been a step forward in the central passion of NCT and its mission to support parents, especially with preparation for birth, early parenting and additional support for breastfeeding," Talbot said in an interview with Observer. "NCT is now a prenatal class business."

While Talbot does not deny that raising maternal mental health awareness is "very important," she believes that, since many other charities campaign on this issue, the NCT should not allow its limited campaign resources to be deliberately diverted from other more controversial resources. topics. She said the charity is shying away from publicly supporting breastfeeding in media and social media debates because its top priority was to be popular with new parents, including breastfeeding, while income and charity decline.

Since 2016, the charity registered a reduction of 55% in its members, from 110,000 to 50,000. It also suffered a 10% drop in its revenue over the same period, from £ 17.3 million to £ 15.6 million. A number of NCT competitors have come online and in cities such as London, offering hands-on "non-preachers" courses designed to help expectant parents feel confident and happy with their decisions, regardless of how they are born or fed.

Talbot thinks it is vital for NCT to provide information, a campaigning voice, and additional help for women who want to breastfeed because they do not get enough support from the NHS: "The evidence is really clear that breastmilk is better for babies than powder. We have to use this information to ensure that women are fully informed during pregnancy, so they can decide which is the right choice for them, "she said, adding that there is" this terrible kind of fear of bothering those who did not breastfeed. … Of course we support all parents, but we know that this group of women needs additional support. "

Sam Grimstone, a spokesman for the NCT, denied that the charity has changed direction. "For 60 years, we have supported mothers and families, preparing them for childbirth and supporting them in food. I can not believe we're getting away from it somehow. I think what we're trying to do is build on that and support the parents after they've had a baby. "

Sixty years ago, we supported mothers and families – I do not believe we're moving away from it in any way.

She said that parents across the UK often feel that they are failing with their newborns and have been abandoned by health services. "We want to make sure that we support people during childbirth – but we also take them into that really vulnerable period and make sure they also get support."

Talbot's resignation reflects a disagreement in the NCT over the future direction of the charity. One breastfeeding counselor and one NCT practitioner, who declined to be identified, said she repeatedly worried about NCT's postings on Instagram on infant feeding. For example, influential social media Naomi Courts, who lists the baby brand Tommee Tippee as a partner on her Instagram page, had the opportunity to "take over" the institution's Instagram feed on Friday. Other posts showed a mother with the severed head of breastfeeding, followed immediately by a smiling mother formula feeding her baby.

"Chances are against breastfeeding. The formula industry spends millions on promotions. There is nothing comparable to support or promote breastfeeding, "said the NCT practitioner. "Promoting the bottle as being equal to breastfeeding goes against our infant feeding policy, which says that we should talk to parents about informed decisions and not compare breast and bottle as equals – because it is not an equal choice."

Grimstone said the charity was in the process of dealing with social media and simply wanted to support all new parents on their "feeding journey." "We have brilliant breastfeeding counselors who do this and we want to do more of that. At the same time, we recognize that the broader context of supporting food for health is difficult, and there is insufficient support and assistance for all parents, "she said.

She acknowledged that publicly offering support to formula-feeding parents could be interpreted as a change of stance on the part of the NCT. "If we are making any changes, it is about [wanting] being here for all parents … Anyone who is about to have a baby or have a baby can come to the NCT, get support and be welcome. If that's a change, then I think it's a really positive change. "