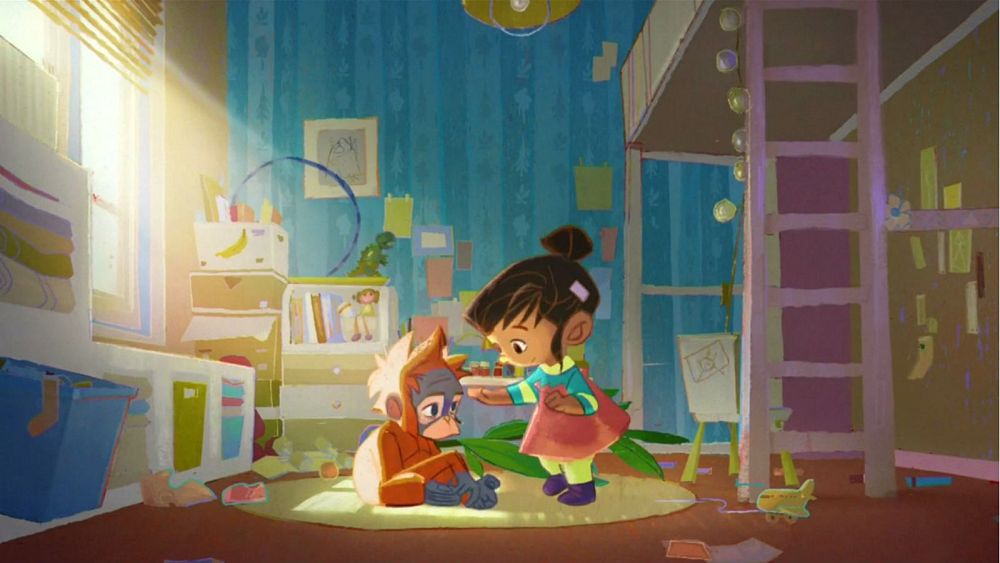 The founder of a petition urging UK regulators to lift a ban on a Christmas advertisement highlighting the destructive impact of palm oil production has described its "shock" after attracting hundreds of thousands of signatures.

Mark Topps, a three-child father of Essex in southern England, was watching the announcement with his five-year-old daughter when he decided to create the petition, which has so far attracted more than 660,000 visitors – and counting.

"When I first saw the ad, it touched me," Topps told Euronews, "and I could see that if it touched me as an adult, it would also be related to the kids because of the animation side."

But as the petition became viral and television interview requests flooded, Topps says of her reaction: "I can not say how shocked I was."

Iceland's supermarket chain wanted to run Greenpeace's animation about its effects on the endangered rainforests and orangutans at Christmas before it was banned by Clearcast, the British organization responsible for releasing television ads, because it was supporting a political issue .

Iceland wants to remove palm oil from its products by the end of 2018 and the video – dubbed by actress Emma Thompson – was part of efforts to encourage consumers to boycott such products during the festive period.

It was shared nearly 90,000 times in the official account of the frozen food retailer on Twitter on Monday night.

Greenpeace says palm oil suppliers to the world's biggest brands – including Unilever, Nestlé, Colgate-Palmolive and Mondelez – have destroyed a forest area almost twice as large as Singapore's in less than three years.

He says that this destruction is one of the main responsible for the loss of habitat of the orangutans of Borneo, whose population was halved in just 16 years.

"This year, we were looking forward to doing something different with our long-awaited Christmas announcement," said Richard Walker, managing director of Iceland. "The culmination of our palm oil project is to offer our customers the choice of an orangutan-friendly Christmas, and we wanted to reflect this on our advertising.

"While our ad has unfortunately never hit the TV screens, we expect consumers to take social media to see the movie, which raises awareness of a major global issue."