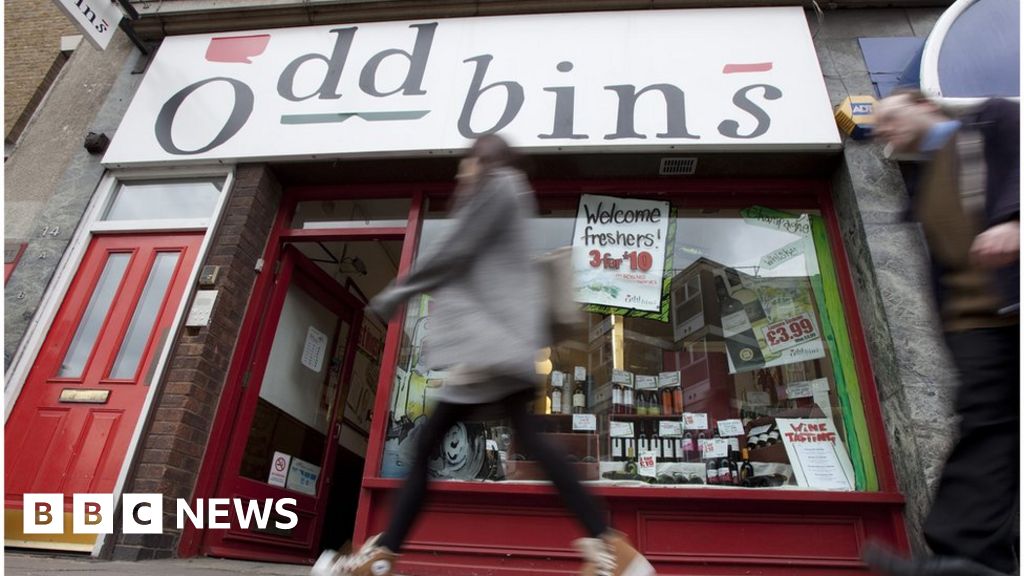 The company that owns the off-board licensing chain Oddbins is preparing to appoint administrators in a move that puts hundreds of jobs at risk.

European Food Brokers are blaming the difficult conditions on the street and the economic uncertainty created by Brexit for the situation.

Duff & Phelps should be appointed as managers of the company, which employs 539 people.

EFB said it was still negotiating and hoped to get a buyer.

EFB, based in the West Midlands, has confirmed it has filed a "notice of intent" to appoint Duff & Phelps following a report by Sky News.

"The deterioration of the high street, combined with continued economic uncertainty surrounding the UK's withdrawal from the European Union, has resulted in an unsustainable and difficult physical retail market," he said.

"We will strive to continue to operate all the stores as a business in operation, while options are valued for the deal, including a possible sale," he added.

Oddbins joined the administration in 2011 after HM Revenue & Customs refused to support an agreement with its creditors.

EFB, which is run by businessman Raj Chatha, bought some of the Oddbins stores at the time through its subsidiary Whittalls.

Oddbins has approximately 45 stores across the UK.